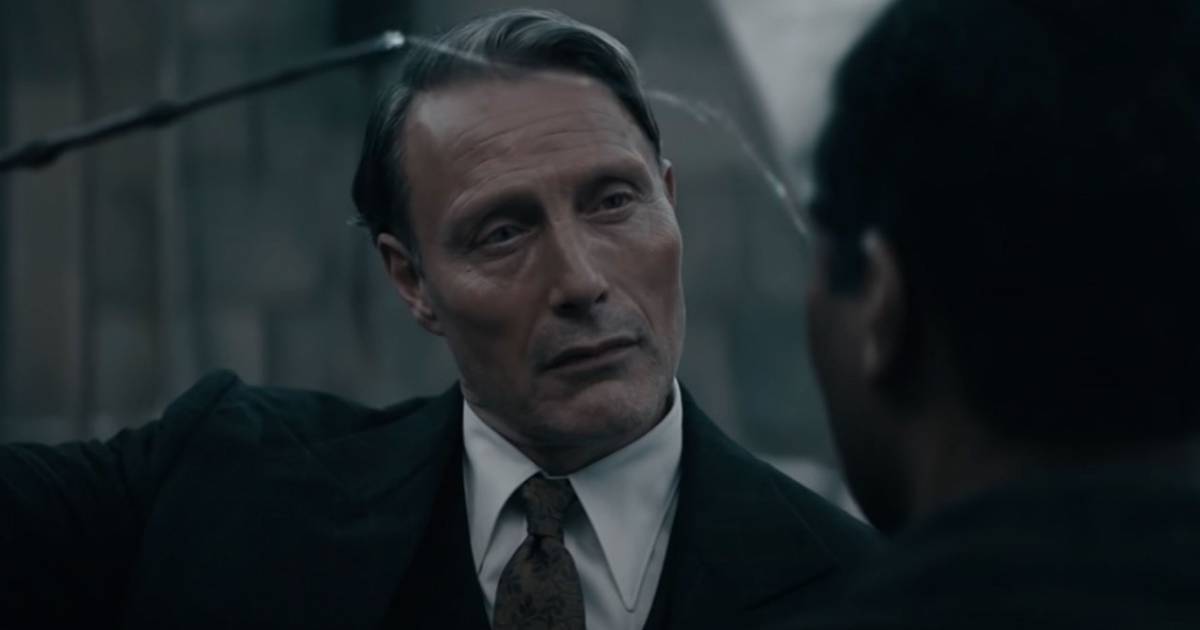 ‘Fantastic animals’ is a prequel to the franchise derived from the movies of Harry Potter, and has raised nearly $ 1.5 billion between ‘Fantastic beasts and where to find them ‘ (2016) and ‘Fantastic Beasts: The Crimes of Grindelwald’ (2018).

One of the main actors was Johnny depp, however a year ago it left the franchise of Fantastic animals, where he played the role of the dark wizard Gellert Grindelwald.

Therefore, one of the great unknowns was who would take Depp’s place and play Grindelwald, and now we know: Mads Mikkelsen, who we just saw in the first trailer of the third installment, which will be released in 2022.

Who is Mads Mikkelsen?

Mads Dittmann Mikkelsen, better known as Mads Mikkelsen, is an actor of Danish origin known internationally for the roles he has played for franchises such as Marvel, James Bond, Star Wars e Indiana Jones (to be released in 2023), in addition to being added to that of Harry Potter with this new role.

It seems that villains and antagonists are his specialty, because in recent years his ‘evil’ roles are the ones that the public has liked the most and the most remembered.

One of his most endearing roles was that of Hannibal Lecter in the television series’Hannibal‘, where his performance as a psychopath, murderer and cannibal for three seasons resulted in public acclaim.

Another of his most memorable performances is that of The number, in ‘Casino Royal‘, one of the installments of the famous franchise of James Bond, in which by the way was the first film of Daniel Craig playing ‘007′, With whom the Dane would face.

In 2016 it became part of two of the most important franchises in the world of cinema: Marvel and Star Wars. For the comics he participated in the tape of ‘Doctor Strange‘, where he played the sorcerer Kaecilius, the main antagonist of the film.

That same year he played Galen Erso in ‘Rouge One: A Star Wars Story‘, another of the spin-off films in which the 56-year-old actor has participated.

He has also starred in some Oscar-nominated and award-winning films, such as ‘La Caza’ (2012; the first Danish film to be nominated for the Academy Awards) for Best Foreign Film, and ‘Una ronda más’, which is took the Oscar in the same category in 2021.

The third installment of Fantastic Animals

‘Fantastic Beasts: Dumbledore’s Secrets’ It is the name of this third installment that will bring us to a new Grindelwald, which although it will not have the same participation as in the second film, it is key to the story.

Depp’s resignation came after Warner Bros requested his resignation following the defamation case he lost against tabloid The Sun over a 2018 article labeling him a ‘wife beater’.

“I want to inform you that Warner Bros. asked me to resign my role as Grindelwald in ‘Fantastic Beasts’ and that I respected and accepted that request,” said Depp.

On the other hand, the study confirmed Depp’s departure. “We thank Johnny for his work on the films to date,” the studio said in a statement. The third film of Fantastic animals is currently in production.