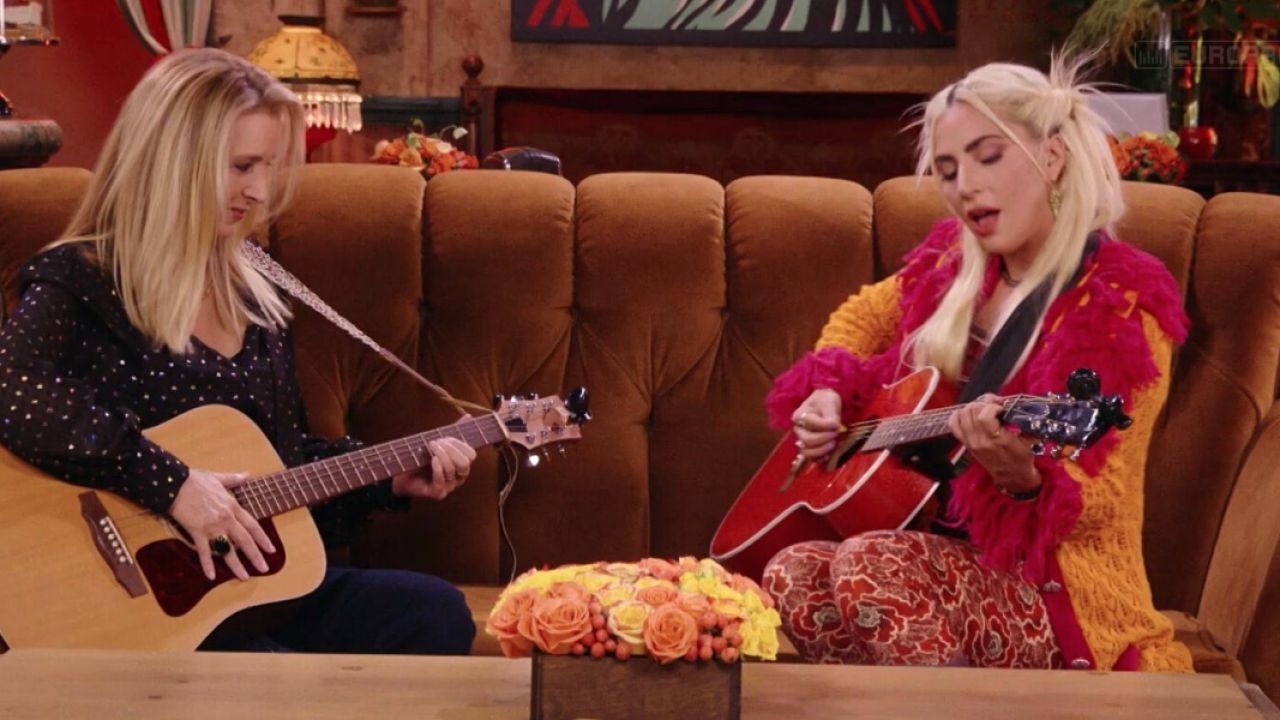 For the new season of Friends In this 2021 many celebrity appearances are expected, such as BTS, Cindy Crawford, Cara Delevingne, Elliott Gould, Kit Harington, Larry Hankin, Mindy Kaling, Thomas Lenon, Christina Pickles, Tom Selleck, James Michael Tyler, Maggie Wheeler and Reese Witherspoon, and one of the stars that will participate in ‘Friends: the reunion’ was none other than the singer Lady Gaga, who performed one do the song ‘Smelly Cat’ with Lisa Kudrow.

Alone inside the Central Perk coffee shop, Kudrow joked that he needed to be Phoebe’s character to properly sing the song when Gaga walked in.

“How weird. I was walking down the street and happened to have my guitar.”Said the singer in her participation in this Friends meeting, as she sat on the famous sofa next to Kudrow.

“Need help? I love ‘Smelly Cat’, it’s one of my favorite songs. Do you mind if I take ‘Smelly Cat’ for a spin?”

Gaga then sang the rest of the lyrics: “They won’t take you to the vet. You are obviously not their favorite pet. You may not be a bed of roses. And you are not friends with those with noses.” before a gospel choir joined them in the cafeteria.

Gaga subsequently asked Kudrow for some comments, despite winning many Grammy Awards and an Oscar for her songwriting skills.

“That wasn’t bad. It was very, very good.”the actress said before jokingly muttering: “I still think it’s better when it’s just me.”

In another part of the reunion special, stars like David Beckham, Kit Harington and Mindy Kaling revealed why they are fans of Friends, while Reese Witherspoon recalled her time as a guest star on the comedy as Rachel’s sister (Jennifer Aniston) and how picked it up. resident women’s lord Joey Tribbiani (played by Matt LeBlanc).

“Okay, the most exciting thing was that I had to be in a scene where I was in the apartment and Joey would come in and say ‘Hey, how are you?’ This was like this iconic line and I was so excited! And to see a famous person say his famous line? I mean come on “Witherspoon said, adding that he felt there was “won the lottery”.