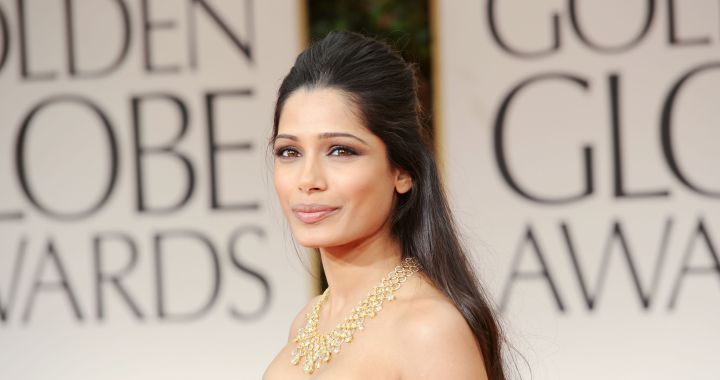 It was 2008 when the movie Slumdog Millionaire it became a worldwide phenomenon. The film about the life of an Indian boy and his survival won the Oscar for best film of the year. In addition, the critics praised the performances of the entire cast.

One of the leading actresses was Freida Pinto, who gave life to the young Latika. The actress of Indian origin made her way into Hollywood thanks to this film, appearing in movies like You will meet the man of your dreams O Immortals.

As for her personal life, in 2019 she got engaged to photographer Cory Tran. And this 2021 she is expecting her first child. And the actress is about to give birth!

Last June, when the actress was already showing off an incipient belly, she announced her pregnancy with her partner. He did it on social networks, naturally and with a most casual photo. In it, the couple looks at the camera and he points to her belly. “Baby Tran. It’s coming this fall ”, the actress wrote next to the photo.

Since then, the celeb has not stopped sharing images of her pregnancy. In fact, he even held a Baby Shower to celebrate the arrival of the little one. It was her own sisters who prepared the little party.

But if there are some photos that have caught our attention because of how artistic they are, they have been the ones that he shared this Tuesday, October 19. The actress has uploaded to her Instagram account, where she has more than 300 thousand followers and followers, some images in which she appears connected with nature. Bathing in the middle of a river with a beautiful white swimsuit, Freida gives all the prominence to her belly.

The actress has shared this photo session on the occasion of her 37th birthday, thanking all the comments of support that he has received during these days:

“Wow! What a year it has been and the growth and learning have been immense! I can’t wait to enter this new phase with peace, grace, gratitude, and an open mind. My heart beats with love and anticipation for this new life. “