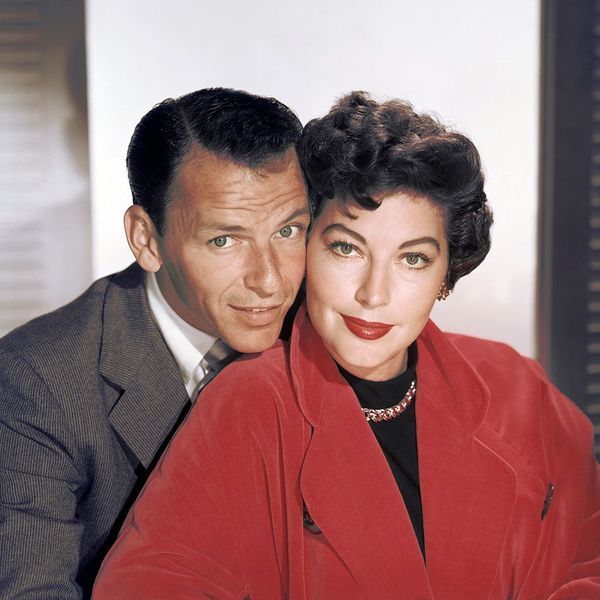 Ava Gardner, undoubtedly the most beautiful, and Françoise Sagan, undoubtedly the most gifted woman of their time, would have lived a passion in love during a filming in Paris during the winter of 1967. This is Geraldine’s thesis Maillet, who, inspired by the magnificent text that the writer wrote on the death of the actress in our pages, devotes an incandescent novel, “Fran et Ava” (ed. Fayard), to this link. So, truth or fiction? Everyone will have their own idea, and we imagine that there will be controversies: few biographers have mentioned the hypothesis of a love between them, and “saganologists” do not like people to come and hunt on their land. However, as the old Italian adage goes: “If it is not true, it is well found”. The story is so beautiful that we dream that “Fran and Ava”, these two “inconsolable and cheerful” stars have loved each other for real.

They are two nocturnal birds who share the same addictions

At the start of this book, there is… confinement. If we can only concede one virtue to the pandemic, it is good to have urged us to tidy up our cupboards and, therefore, to unearth nuggets. This was the case for Geraldine Maillet when she found a cover of ELLE from February 1990 in black and white (see opposite), splendid. Ava Gardner had just died, it was time for tributes, and the most beautiful, the most disturbing was, as if by chance, signed Françoise Sagan. She said, but in her own way of course, almost lip service, that yes, they had known each other, not very long, eh, but quite well, all the same … What is to be believed, when certain expressions cry intimacy and the strength of what bound them: these “idle afternoons”, these “white nights”, these “giggles”? Others calm things down: “this brief, so superficial meeting”, “we swore to meet again, we only saw each other once. […] in an airport ”(the entire text is reproduced in the book). For Geraldine Maillet, on the other hand, there is no doubt that they were lovers! “I felt this text in ELLE quite differently from her novels. I find him very carnal, almost sexy, embodied, I am 100% sure that they loved each other. Moreover, the biographer Marie-Dominique Lelièvre, in “Sagan at full speed”, affirms it: “By the force of the spirit, she had seduced Ava Gardner, one of the most beautiful women in the world” ”… Among the arguments which bring water to the mill of the novelist, several indisputable facts: if Françoise Sagan and Ava Gardner had many men in their life, they also loved women. All the biographies of the actress evoke her connections with the pin-up Betty Grable and the star Lana Turner, the latter having also made Frank Sinatra, her husband at the time, mad with jealousy. And if Sagan spoke very little during her lifetime of her long life together with the stylist Peggy Roche (more than twenty years), we know that it is with her that she wished to be buried in the Lot. There is also no doubt that Catherine Deneuve, who had just finished adapting the novel “La Chamade” to the screen, introduced the American star to Françoise Sagan one evening in the winter of 1967. At the time, the The actress has just started filming in Paris on the film “Mayerling”, by Terence Young, and her co-stars are called Omar Sharif, who plays her lover, Archduke Rudolf of Austria, and Ava Gardner, who plays Sissi, the latter’s mother. Disturbing commonalities exist in their respective biographies. Ava Gardner, born in 1922, is certainly thirteen years older than the writer, but both, the youngest of large families, enjoyed dazzling glory before even turning 20. If “Hello Sadness” launched teenage Sagan to the world in 1954, twelve years earlier, it is the fairytale face and body of actor Mickey Rooney’s young wife, starlet Ava Gardner, 19, that we see on all movie posters. And this glory, neither of the two really like it. It is useful to them because it offers them recognition and comfort of life, but it connects them: are we free when we are watched all day long, especially at night, in their cases? When they meet, the two women – they do not hide it – are two nocturnal birds, party girls, who are dizzy with dance and laughter and share the same addictions – which for the moment is not known outside their circle. Since the accident that left her in a coma ten years earlier, Sagan has been addicted to opioids, and his tiny build does not prevent him from drinking like two, three, five men. Gardner, on the other hand, drowns her sorrow, that of never having found true love, or rather of having let it slip away. How many lovers has she had? Dozens, including three husbands who did not treat her well. Her great love, Frank Sinatra, remained her friend, but has he really forgiven her for having had an abortion twice from him? And she, has she forgiven herself? She is 45 years old and knows that she will not have children when she meets Sagan who, at barely 32 years old, already has a 6 year old son, Denis, his passion fixed, forever. 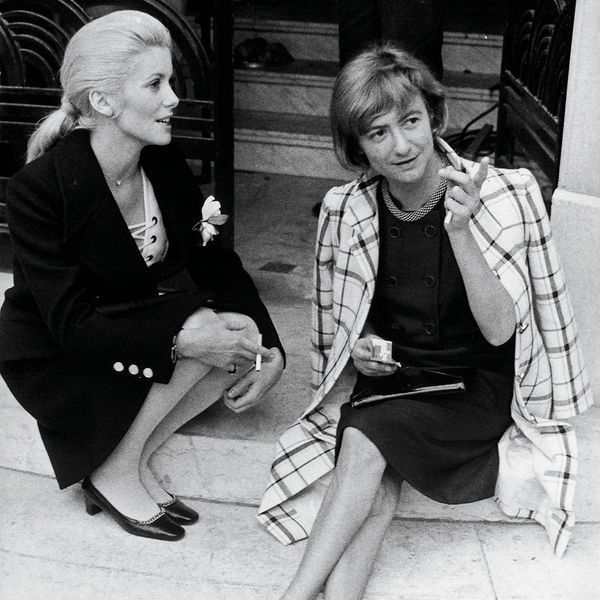 This is undoubtedly what really separates them, this relationship with motherhood, so painful for one, so comforting for the other. The huge difference between Fran and Ava is in one formula: the former is happy, the latter not. The shooting of “Mayerling”, for Gardner, it is obvious that the most beautiful of the beautiful, it is not any more it, but well Catherine Deneuve, her blondness, her freshness. Ava is no more conceited than any other actress, she doesn’t particularly like acting the rest, but she knows that with her twilight, money troubles will come. She never asked for a penny in divorce (she left the infidel Mickey Rooney with 2,500 dollars in her pocket, when she could have claimed half of her fortune), and she lives only on her pills. Like Sagan, her financial independence haunts her. She has a big lifestyle, a house in Spain, the fear of missing out, like when she was little. (For Sagan, it is more or less the reverse, she has been spoiled since the day she was born, she could not live in the “dry”, as they said then.) The role of Empress Sissi therefore smells of defeat for Ava, who knows that, with her fading splendor, it is loneliness that awaits her. She forgets her text and presents herself drunk on the set. Fortunately, there is the tender, gentle, considerate Omar Sharif, who according to some would have gladly put her in her bed, but no, it is Françoise Sagan, little oiled and brilliant bird, that she wants. And that she will have. Or is it the opposite? Géraldine Maillet’s thesis is that this story, if it did exist, was not experienced in the same way by the two women. Carefully, because who would risk speaking in the place of Françoise Sagan, it is Ava Gardner who recounts the idyll in her book, the reverse angle being most often made up of real sentences from the writer or of lines taken from her work. . Géraldine Maillet imagines that the one who loved the other the most was Ava: “The woman in Sagan’s life is undeniably Peggy Roche. The man of the life of Ava Gardner is Frank Sinatra… but the woman of his life, I think it was Françoise. And I imagine that as intelligent as Gardner was, she suffered from understanding that she was just an anecdotal story in Sagan’s journey. If so, the writer was above all fascinated by “the very beautiful and very worthy of this fact and very foreign animal” (I quote her) that she was? Perhaps, from the perspective of a novel, she wanted to see an aging actress up close, a star on the verge of decline? There is also another analytical grid: it has been said that Ava Gardner, a few years before meeting Françoise, slept with her husband at the time, publisher Guy Schoeller. Did Sagan want revenge, show her ex that she was as strong as him? “

Of course, we will not be able to decide here the veracity of all this. Denis Westhoff himself, always happy that his mother is being put back in the light, does not say: “I was only 6 years old at the time and, alas, I do not remember having met the Countess in barefoot. But, beyond a romantic hypothesis, there is a charm in this book which would almost make one think that, as soon as one speaks of Françoise Sagan, her talent becomes contagious. And the context of the 1960s remains fascinating. Géraldine Maillet affirms it: “One of the reasons why I wanted to write this story is that it would be impossible today, with social networks and the new deal of romantic relationships. The very life of these scandalous women, both free and addicts, “fluid” without being able to claim it, is a journey through time. And I tell myself that they two, one imprisoned in her beauty, the other in her notoriety, were destined to love each other, even for a short month. ”

Françoise Sagan-Ava Gardner, what if it was true? – She