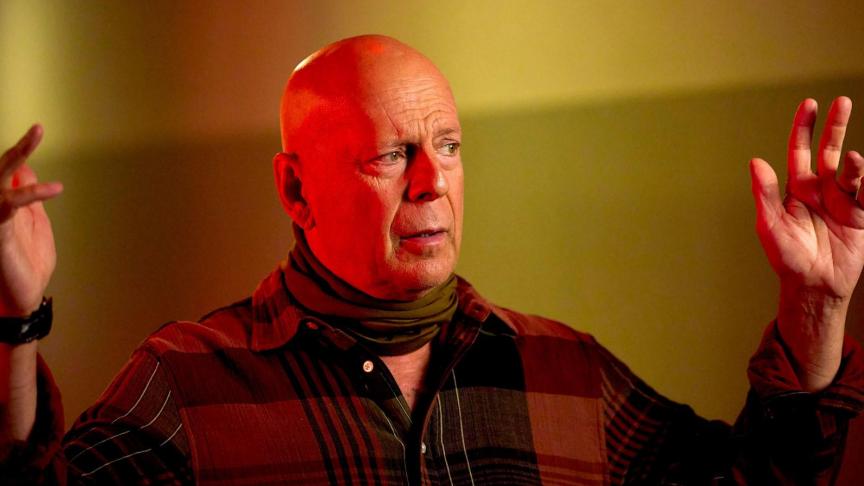 
The fortress in question is a top secret resort which hosts retired American intelligence officers. Like the veteran Robert (Bruce Willis), whom his son has the idea of ​​going to visit in his high-tech hospice nestled in the jungle. But he is followed by a commando of brutes precisely wanting revenge on Robert who once made them miserable. The assault is given. The former must return to service to save his skin and that of his offspring.


In other times, the review of such a film would have raised of a festival of irony and banter. Fortress indeed adds a calamitous line in the now pathetic filmography of Bruce Willis, the legendary John McClane of the saga diehard. The star has been hiding for years in turnips released directly on DVD, video on demand or on streaming platforms. Shock, Cosmic Sin, Gasoline Alley, Anti-Life, Out of Death… Have you ever heard of these feature films? It’s normal. They never had the honors of dark rooms in France (phew!) and Bruce Willis, although highlighted on the promo, does not shine there by his omnipresence, with dialogues summarized to the bare essentials.

This filmography in the form of a descent into hell (like those of Christophe Lambert or Nicolas Cage, formerly, before their rebound), we now have the explanation. March 30, no doubt to put an end to persistent rumors, his relatives, including his ex-wife Demi Moore, published a press release indicating that the 67-year-old actor was ending his career because he suffered from aphasia, a pathology that irreparably affects his cognitive abilities. Hence the requirement for shooting days kept to a minimum.

The question is why he chained so many (bad) projects. Was he manipulated or anxious to protect his family financially? Still, other Z series with Bruce Willis are still sleeping in the boxes. That we will eventually watch with nostalgia, like this Fortress where the actor also shares the poster with Shannen Doherty, the ex-star of Beverly Hills 90210 and Charmedwhich also struggles to recover from serious health issues.

… John McLane obviously, the nasty cop in the soiled tank top never there in the right place at the right time, in Die hard (the first three exclusively). But Bruce Willis is also the young first of the series Moonlightthe big-hearted boxer of pulp Fictionthe time traveler of The Army of the Twelve Monkeysthe flying taxi of the Fifth Elementthe sacrificial astronaut ofArmageddonthe phantom shrink of the Sixth Sense or the superhero in spite of himselfUnbreakable, Split and Glass.

“Handigang”: Théo Curin, as stunning on screen as in life

Jennifer (“Married at first sight”): “I protect myself from social networks”

“The Voice”: Florent Pagny shaved head from next week, he talks about his chemo

Continue reading on this topic(s):

“Fortress” on Prime Video: and Bruce Willis finally gave up