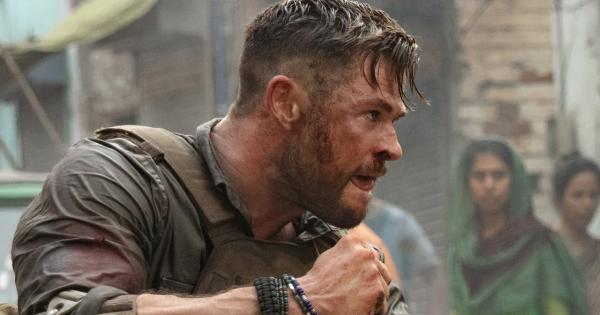 What happens is that iFireMonkey, a renowned dataminer from Fortnite: Battle Royale discovered something interesting. It turns out that there is content within the game files that seems to indicate that there will be a skin of Tyler Rake, a character from the film Extraction which stars Chris Hemsworth.

What this dataminer found was a faceless model by the name of Dusty. This model has the same clothes that Chris Hemsworth wears in Extraction and he even has the same tattoo on his arm.

As spotted by @gameshed_, This “Dusty” skin is Chris Hemsworth’s character from Extraction “Tyler Rake”

One of the 100% guaranteed signs of this is the tattoo on the arm! pic.twitter.com/FBxGwQ24Va

It is worth mentioning that, at the beginning of 2020, Donald Mustar, creative director of Epic Games, made a post on Twitter in which he told the Russo brothers that Tyler Rake should arrive at the Battle Royale to go head-to-head with John Wick. Could it be that this tweet led to content that will materialize soon? We’ll see.

In case you missed it: José Mourinho, soccer coach, describes Fortnite like a nightmare

Hey Joe. Maybe we should put Rake in Fortnite and find out 😎 https://t.co/oQIlMJtnCO

It is important to note that this information should be taken with a grain of salt. After all, it is possible that this is canceled content or simple trolling on the part of Epic Games. We will inform you if it is confirmed that the Chris Hemsworth skin will reach the popular Fortnite: Battle Royale.

And you, do you think we’ll see Tyler Rake in Fortnite: Battle Royale? What other Chris Hemsworth character would you like to see in the Battle Royale? Tell us in the comments.

Find out: Fortnite received content from Free Guy, How to get the Rudo skin?

Related Video: Fortnite: How did it become crossover heaven?