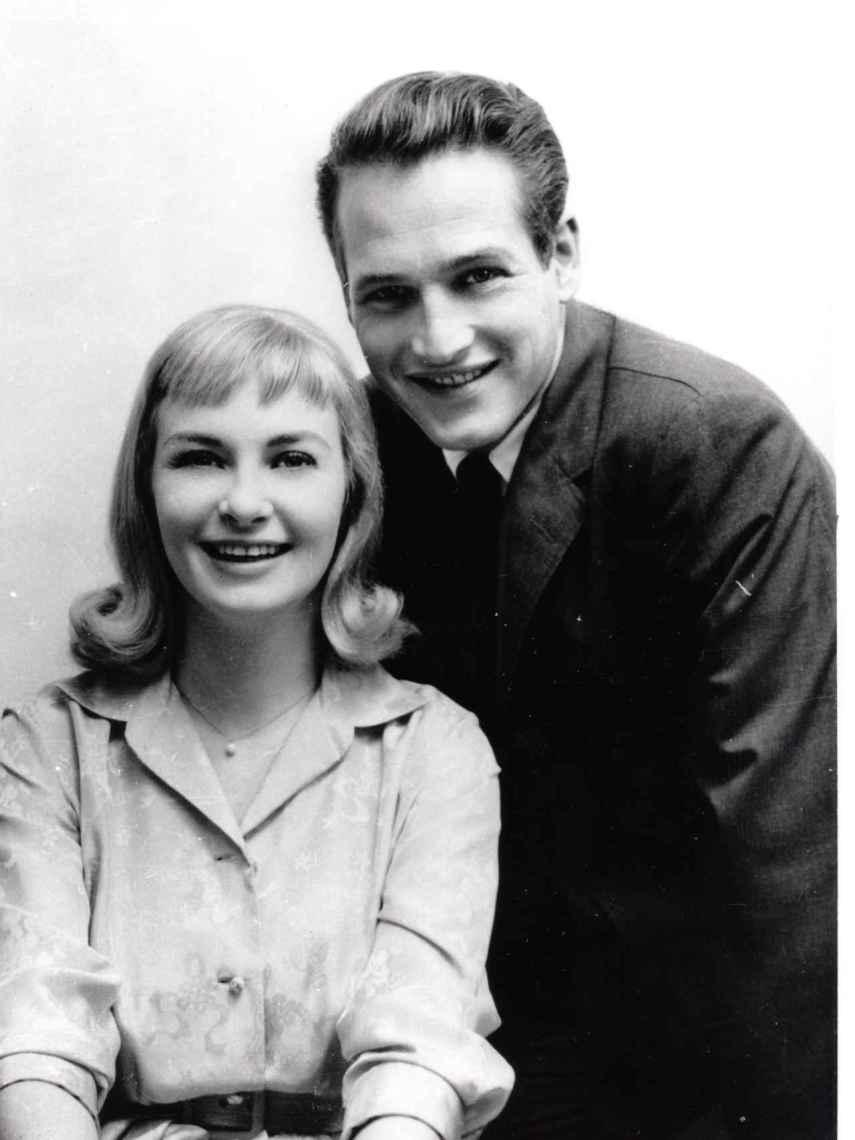 In the space in my house where I sit down to write every other day, I have a framed poster with Joanne Woodward Y Paul Newman. The shot is a point of view from above, they kiss lying on a bed, holding each other’s heads. Every day my eyes come across that beautiful image in shades of gray, but since I saw The Last Movie Starsmy gaze is no longer the same.

Perhaps one of the longest-lived and most explosive ‘Power Couples’ in Hollywood has been the one formed by Joanne Woodward and Paul Newman. Beautiful, talented, sexy, intelligent. They had all the necessary ingredients to stand out in the jungle of movie mecca at a time when the film industry was booming and people who wanted the same things were proliferating. Some fainted, they did not.

The excellent documentary series The Last Movie Stars (The latest Hollywood starsfrom HBO MAX) extraordinarily and thoroughly collects throughout six chapters the trajectory of both as a coupleas mother and father, philanthropists, but also as individuals.

It is not an exaggeration if I affirm that this production, directed by ethan hawkemanages to fully discover the couple artistically and intimately, but also through them the so-called Star Systemas well as the “evolution” of the audiovisual industry from the 50s to the first decade of the new millennium.


It is worth mentioning that Hawke’s starting point was thousands of sheets that came to him in boxes through clea, the youngest daughter of the couple; these were transcripts of a good number of interviews, with Woodward and Newman, friends, former lovers, relatives, directors, colleagues. It was a material destined for an autobiography that Paul would write with his friend the writer Stewart Stern, but after almost five years, Newman decided to destroy the recordings. To be more precise, he burned them.

In an artisan desire, Ethan Hawke weaves the story with the help of the voices of various actors, including George Clooney (Newman) and laura linney (Woodwards); in addition to making use of archival material, film fragments, photographs, interventions by performers and directors, as well as the daughters and grandchildren of the couple.

It is worth clarifying: the love between these two stars was not at first sight. When in 1953 Joanne met Paul -married with children- in the office of the agent they shared, she was not amused, rather it generated a certain rejection, “it seemed as if they had kept him on ice”, recalls Joanne in the Serie.

Both trained at the prestigious Actors Studio, when they coincided as substitutes on Broadway in the play Picnicthe sparks flew, a sexual tension was unleashed, an attraction that would unite them for five decades.

Despite the ups and downs, wobbles, hard blows, as well as the Newman’s alcoholism and infidelitiesthe daughters say that Paul –died in 2008 due to terminal cancer– and Joanne –at 92 she is still alive but is withdrawn from the public sphere as she suffers from Alzheimer’s- they could not keep their hands off each other, that the passion was always alive. 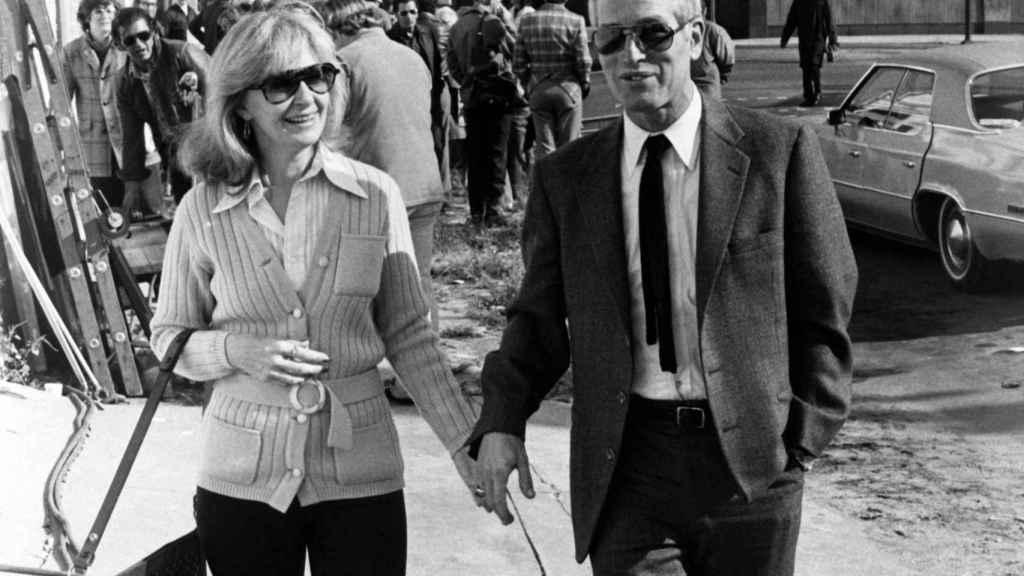 
“When we were little girls, we always wondered why their bedroom had double doors,” she says. Melissa Newman in the second episode of the series.

The power couple who married in 1958, they joined forces in 16 films, three Broadway plays and a number of television productions; and separately they made another good number of films, plays and serials.

Why do I say that I no longer look with the same eyes at my poster of the kiss that recreates the poster of A new kind of love? because thanks to The latest Hollywood starsBefore my eyes Joanne Woodward’s image has widened for me, she claims.

The star, the mother

In 1958 he won an Oscar for The three faces of Eve (of Nunnally Johnson). She attended the gala with Paul, still unknown in the Hollywood arena, and picked up the statuette wearing a green taffeta gown she had designed and made herself for $100. Definitely, they were other times.

He had been working hard both in the theater and on television and in the cinema, but that night in 1958 he reaffirmed what he says in the series Maudeone of her aunts, about Joanne’s intentions, “she always said that wanted to become a star movie, not an actress, a movie star!”

In fact, his speech at the Oscars began with the confession that he had been dreaming of that moment since he was nine years old. Joanne, who had had a childhood and adolescence marked by the economic hardship of a divorced mother in charge of two children, dared to express his ambitions very early, something that neither at that time nor at this time is usually well seen. Let’s not kid ourselves, to this day the positive connotation of “being ambitious” rarely applies to women.

The careers of both actors were in advanced until it was time for motherhood, which is when Joanne begins to fade. Ethan Hawke, who also formed a power couple with Uma Thurmanreflects in the documentary series on sharing the same dream with your partner and verifying that the other person’s dream comes true, while yours simply evaporates.

Joanne took care not only of her three daughters (Nell, melissa Y clea), but also of the children of Paul’s first marriage to Jackie Witte (Susan, Stephanie Y Scott, died in 1978). Her daughters recognize that the actress’s career could have been different if she had not dedicated herself to children, and that she, as a mother, did the best she could.

In the first person, Joanne relates that she was terrified of sharing herself between family life and work, and that guilt haunted her equally: Filming her thoughts were on the children, and at home she kept thinking that Shirley MacLaine, and others like her, would take her place.

Joanne Woodward and Paul Newman with one of their daughters.


“When I was young what I wanted was to act, I admit that I didn’t let anything get in my way until I had children,” Joanne would later say, “I hope my daughters understand me. I adore them without a doubt, but if I had to do it all again, he might not have. Actors don’t make good parents.”

A devastating declaration, although Woodward knew that motherhood was just one of the elements that worked against her. Despite the fact that she had given sufficient evidence of her great acting capacity, as the fame of her husband grew, also becoming a sex symbol, the actress began to diminish her offers.

Apart from the social structures that dictated that women of those times had to build their lives based on a man, “it was very difficult for the women of my generation to break with that”, she would say, Joanne also faced how the industry worked cinematographic.

On the one hand, it imposed an expiration date on the actresses, and on the other, it remained fixated on a certain style, the types of grace kelly either marilyn monroe they were traced, repeated and were referential.

In the decrease in role offers, perhaps what is most striking is that more and more projects had a better chance of being carried out if they had the participation of Paul Newman.

After The Fugitive Kind (sidney lumet), From the Terrace (Mark Robson), both from 1960, and the daring paris blues (martin ritt, 1961), the latter two with Newman, Joanne wanted to carry out a difficult film to make, and she showed Paul the script with the idea of ​​having him participate. It was about A new kind of love. The anecdote narrated by one of the daughters in The Last Movie Stars is not wasted.

Newman was not convinced by the romantic comedy, it seemed to him that it was simply horrible. An enraged Joanne confronted him: “I raised our daughters, I helped raise yours, I took care of them all, and now don’t you want to do this movie with me where I get to wear beautiful costumes, wear amazing hair and makeup? “.

Faced with such an explosion, Paul had no choice but to back off, “it’s the best script I’ve ever read and I can’t wait to start shooting that film”, he gave up. Although Samantha (by Melville Shavelson), as it was called in Spanish, was not a box office success, Woodward shone in technicolor.

Joanne’s acting value was indisputable, the security in everything he did and that he always demonstrated contrasted with Newman’s complexes. Joanne had to lift him up, which he acknowledges, and also credits her with having contributed to her being seen as a sex symbol. “There should be a parade in her honor for being the creator,” the actor would say.

Joanne, who was also a very beautiful and attractive woman, had to take her feeling of invisibility with some humor. On the street he was the one recognized by first and last name, while Woodward was referred to as “she” or “the wife.” And on television programs and in interviews she was asked more about her husband than about her work.

Many years passed, until in his maturity he admitted that he felt rivalry towards Newman. “It always bothered me that Paul became someone so much bigger than me, and it’s legit,” he confessed in front of a camera, “there was a time when I wished I didn’t stay home and take care of babies, I wanted to be a big movie star, but you know, people change.”

Joanne Woodward found a way not to disappear, to build her own path but at the same time shared, sometimes avoiding being dazzled by Newman’s light, other times uniting the one that both radiated separately, yes, making sure that its luminosity was not overshadowed

He returned to theater and television, continued making movies, dedicated himself to philanthropy and training new generations of performers, and many of them, when they were awarded, thanked him with their first and last names.

The latest Hollywood stars it has made me no longer see my poster of Woodward and Newman kissing with the same eyes. Now I see Joanne more clearly, a woman who knew how to hone her talent and skills with intelligence, that she dared much of her with her advanced roles in time and to which she granted so much truth. I see the star, but most of all I see a woman who refused to disappear.

Focusing on Joanne Woodward, the woman who refused to be overshadowed by Paul Newman