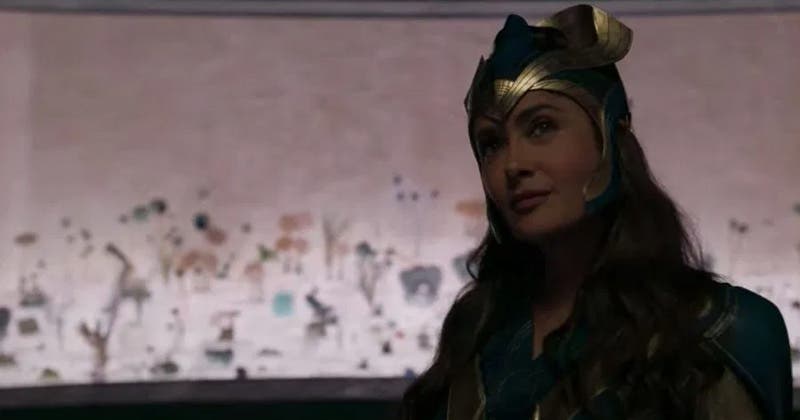 A few years ago we learned that Kevin Feige, president of Marvel Studios, gave the green light to make the comic adaptation of The Eternals from 1976 and 1978.

This was great news, as it expanded the Marvel Cinematic Universe towards characters that, although they are known to comic book fans, did not seem to have a clear exit in the cinema.

The film began its production and its premiere was announced for the end of 2020, but the pandemic radically changed the plans of the MCU and it decided to move its exit a whole year. That’s why until now, after years of waiting, we have the first official trailer for Eternals, directed by recent Oscar winner Chloé Zhao (she won the Best Director statuette for Nomadland).

First trailer for ‘Eternals’
In this first teaser we see the arrival of the Eternals to Earth. They are more than superheroes; They are almost divine entities that for thousands of years have been in charge of maintaining balance throughout the universe, and in the face of new threats, they must make their appearance to achieve their only objective.

We can hear the voice of Ajak, a character played by Salma Hayek, say that the Eternals had never interfered on the planet, as they saw them develop and create wonders. But now they must do it… It is not yet revealed why or in what way they will do it. But something interesting about this advance is that in the end, they mention the absence of Captain America and Iron Man, who were considered the leaders of the Avengers.

The question is: Who could or should lead them? Perhaps the answer will come soon with this movie and some of them, like Ikaris (Richard Madden), take the lead in the absence (for other reasons) of Thor, who was also the leader of the Avengers.

Eternals stars Hayek and Angelina Jolie alongside a slew of names like Kit Harington, Richard Madden, Kumail Nanjiani, Don Lee, Barry Keoghan, Bryan Tyree Henry, among others. Gemma Chan, according to Feige, is the protagonist of this film, but it is not yet clear how.