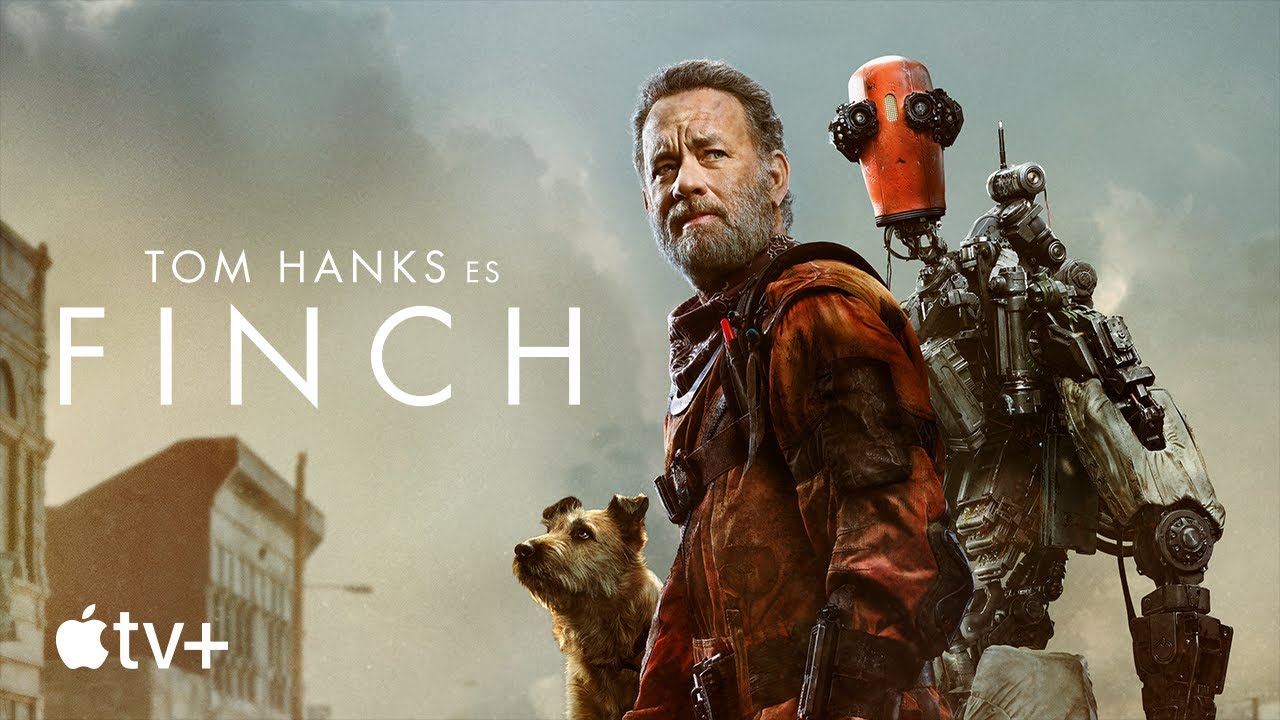 In the not too distant future life on Earth is practically extinct. The cause, one huge solar flare that has destroyed the ozone layer, so you cannot be in the Sun without being scorched by ultraviolet radiation. That too makes it impossible to harvest and gather food; pass three quarters of the same with livestock. Civilization has also collapsed due to the huge electromagnetic pulse that came with the flash and that fried almost any electrical or electronic device.

Finch Weinberg, who gives name the movie (available on Apple TV +), is a robotic engineer who survives in the facilities of what was his company in the company of a robot named Dewey (points for those who catch the reference) that personally reminded me of a Sony Aibo without “skin” and with a basket on top and an articulated arm to take things and to his goodyear dog. He is touring San Luis with Dewey in search of any food that may be left, and presumably gasoline for his huge truck. And so they are pulling.

But he is aware that he is ill and that you probably don’t have much time left. So he’s building a humanoid robot that, in addition to Asimov’s famous three laws of robotics, he programs a fourth: to take care of the dog.

When the task is not yet finished, a huge storm begins to hang over San Luis and the forecasts – with data collected from it is not known very well where – are that will last 40 days. So Finch has no choice but to make the decision to leave; they will not be able to survive that long without water, food and electricity. After a somewhat peculiar decision process, he decides to head towards San Francisco. So they all jump into a motorhome and drive miles across a deserted United States.

With no clear presence of baddies wanting to eat them or anything like that – the only time they show up, by far, Finch and company run away from them in a “now what?” WTF moment. that whoever wrote the script and the protagonists does not seem to care much – the film then becomes the story of how the new robot has to finish his learning by force steps on the fly because there was no time for Finch to finish loading him with all the knowledge he wanted to have introduced to him. Of how it has to earn Goodyear’s trust, which at first looks weird at it. And how he has to learn enough that he and Goodyear can survive when Finch is gone.

Yes, the movie reminded me powerfully of The Highway, but in a sweetened version… And surprisingly more credible despite the fact that it talks about the relationships between a human, a dog, and a couple of robots; although I admit that my problem with The Road is that I never came to believe the relationship between the father and the son that stars it.

You can see it, and how it goes included in Apple TV + subscription, well good. But I don’t think it goes down in the history of cinematography.

Finch, a kind of good vibes version of The Road starring Tom hanks