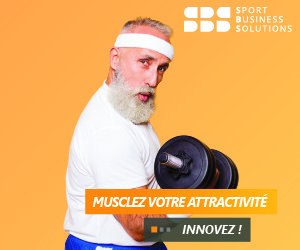 Global brand, FC Barcelona manages 7,000 officially licensed products. After having bought FCBMerchandising from Nike to run its distribution networks itself, the blaugrana club found itself in a very difficult situation due to a significant liability, the pandemic, an elephantine payroll and a renegotiation of the contract of Lionel Messi who has not yet succeeded, further weakening its financial assets. By François Miguel Boudet.

“Nobody buys Barça’s jersey because it has the Nike logo on it. Nobody ! Everyone buys it because it has the Barça crest on it. Who is the powerful brand? Barça! “. In an interview with furialiga.fr in November 2020, Jordi Farré, the man who provoked the motion of censure initiating the end of the Jose María Bartomeu era at FC Barcelona, ​​put his finger on a crucial economic aspect for Barça of the future. With 600 million fans around the world, the Barça brand is overkill. But is it sufficiently well exploited?

The pandemic has lifted the veil

Does a club as well known as FC Barcelona fundamentally need an equipment supplier on its jersey to sell? The question has the merit of being asked. After all, sponsors want to be displayed to gain international visibility and pay dearly to appear next to a club symbol. For an institution of this stature, the power of attraction is to its advantage. Even if Jordi Farré could not obtain the sufficient number of signatures to stand for the presidential election, he nevertheless wanted to recall that, according to him, it is Barça that offers opportunities to sponsors and not the other way around … normally.

Author of the interview with Jordi Farré, columnist for Eurosport.fr and Barça specialist, Tracy Rodrigo sums up the Blaugrana situation: “we must not believe that only the pandemic has left a hole in the coffers. FC Barcelona had already been living for many years far beyond their means, however substantial. Indeed, Josep María Bartomeu had managed to increase income significantly but expenses followed. This was evident in the profits which did not match such an increase in income, even before the health crisis. Consequence: the club must halve its payroll to register the new players already recruited – Kun Agüero, Memphis Depay, Emerson Royal and Eric García for a total gross payroll of € 29 million per season – as well as Lionel’s new contract Messi who has yet agreed to drastically divide his emoluments. Rumors in Barcelona point to a cut going beyond 50%! His extension is fundamental because the Argentine holds most of the club’s power of attraction ”.