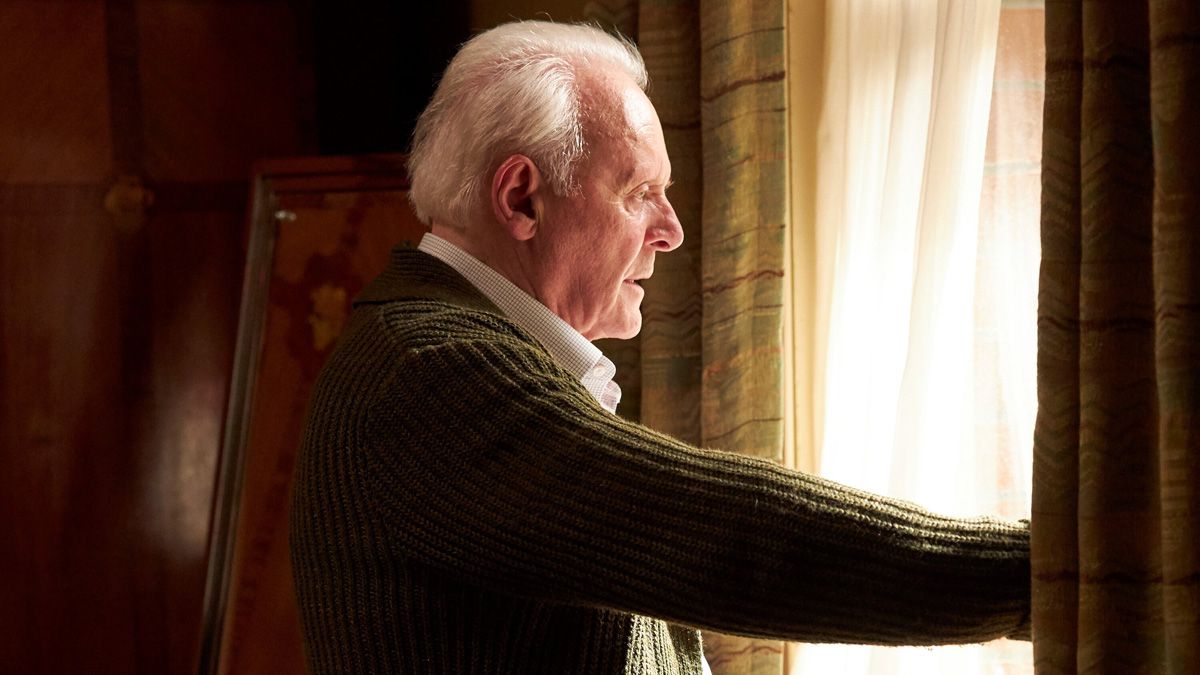 It is perhaps because of this closeness in his own life that Zeller approaches with such realism and emotion what surrounds Anthony (the character is named the same as the actor and was born on the same day and year), an 83-year-old man living in his own apartment in London. On a crusade to defend their independence, rejects all the assistants that his daughter Anne (Olivia Colman) takes him. But the situation is complex: as her blackouts and confusions grow, Anne has met a man, has fallen in love and wants to go live with him in Paris. The painful and urgent question that arises is what will he do with his father.

Being based on a theatrical work and having few characters, Florian Zeller uses the best of his text and the cinema to compose this film, which has the enormous virtue of narrating everything that goes on from the perspective of this 83-year-old man. perceiving around him and the emergence of your deepest fears. Does your daughter want to abandon you? Do you want to get him out of your apartment? Do they lie to you to confuse you or something wrong with your way of processing everyday life?

The work of the camera is extraordinary and the montage, by Yorgos Lamprinos, contributes to facilitate the viewer’s immersion in the mind of the protagonist: the different rooms of the spacious apartment follow one another with recognizable changes (from objects to people who appear in the place without Anthony knowing who they are), the outer space of his home or a room in a nursing home. Everything can happen with the simple action of the old man opening and closing a door, a window. Behind this movement, the impeccable montage plunges us into Anthony’s uneasiness of not knowing what he will find.

Coupled with Hopkins’s moving performance is that of Olivia Colman, who composes a daughter seized by the pain of seeing her father’s progressive deterioration, guilt for trying to live your own life and the helplessness of not finding a solution may it please you both. When both interact on screen, one is aware that one is in front of a pair of exceptional artists who offer the best version of their characters, with nuances, with conflicting emotions, with subtlety and above all, with the deep humanity that this relationship entails.

The rest of the cast accompany with equal solvency, where each one is perfectly assembled in this complex situation, like pieces of a puzzle, at the mercy of a script where every detail and presence is precise.

Few films show in such a frontal way the deterioration that a disease can produce in an older adult. I am reminded of the remarkable Amour (2012), by the German director Michael Heneke, where a man suffers, along with his wife, the aftermath of a cerebral infarction that she suffered. The father, on the other hand, puts the pain of losing consciousness in the first person, on Anthony’s skin, which makes it as original as it is emotionally shocking.

This film is not easy to watch: it is as hard as it is real and necessary. But it is also essential, not only if one wants to look at what it means to grow old with a pathology for those who suffer from it and for their environment, but also because it is the best cinema.

Suitable for people over 13 years old.

The Father – Trailer with Spanish Subtitles