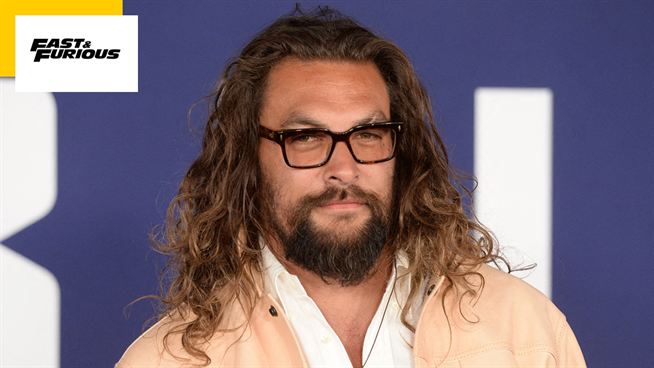 Jason Momoa will play the villain of the movie Fast & Furious 10. The actor said he was very excited at the idea of ​​​​working with Charlize Theron, thus confirming the return of the actress.

In an interview with Entertainment Tonight, Jason Momoa spoke about his villain role in the 10th installment of the Fast & Furious saga and announced the return of Cipher, played by Charlize Theron.

The comedian, who will soon star in Aquaman 2, said of his character: “He is incredible. He’s nasty. He is misunderstood“, before adding: “I’ll be touring with some really cool people I’ve never collaborated with before. I will work with Charlize [Theron] in particular, and that excites me a great deal. She is incredible.”

Warning, the following paragraph contains a spoiler on Fast & Furious 9

This announcement therefore means that the character played by Jason Momoa should collaborate with Cipher. Will the latter finally change sides at the end of the film as was the case for John Cena, who played Dom’s enemy brother in Fast & Furious 9? Case to follow.

“I’m sure that’s why they hired me”

The former model then teased his confrontation with the hero of the motorized saga played by Vin Diesel, saying that it was for the action scenes between their characters that he was hired. Justin Lin’s feature film therefore promises to be once again rich in action and fights. The succession of Dwayne Johnson is therefore assured.

As a reminder, the announcement of Momoa in the casting of the franchise started in 2001 was made quickly after a new altercation between Diesel and The Rock who accused the star of Fast & Furious of “manipulation”.

This addition of size did not help things between the two enemies since The Rock intended to hire Jason Momoa in the continuation of the spin-off Hobbs & Shaw. But the fact that the interpreter of Khal-Drogo joins the mother saga thwarts the plans of the former wrestler.

Currently filming, the penultimate installment of the franchise will be released in theaters on May 24, 2023, while Fast & Furious 11 has already been announced for 2024.

False Fitting, the blunders and errors of “Fast and Furious 9” and “Hobbs & Shaw”:

Fast and Furious 10: Jason Momoa announces the return of a villain