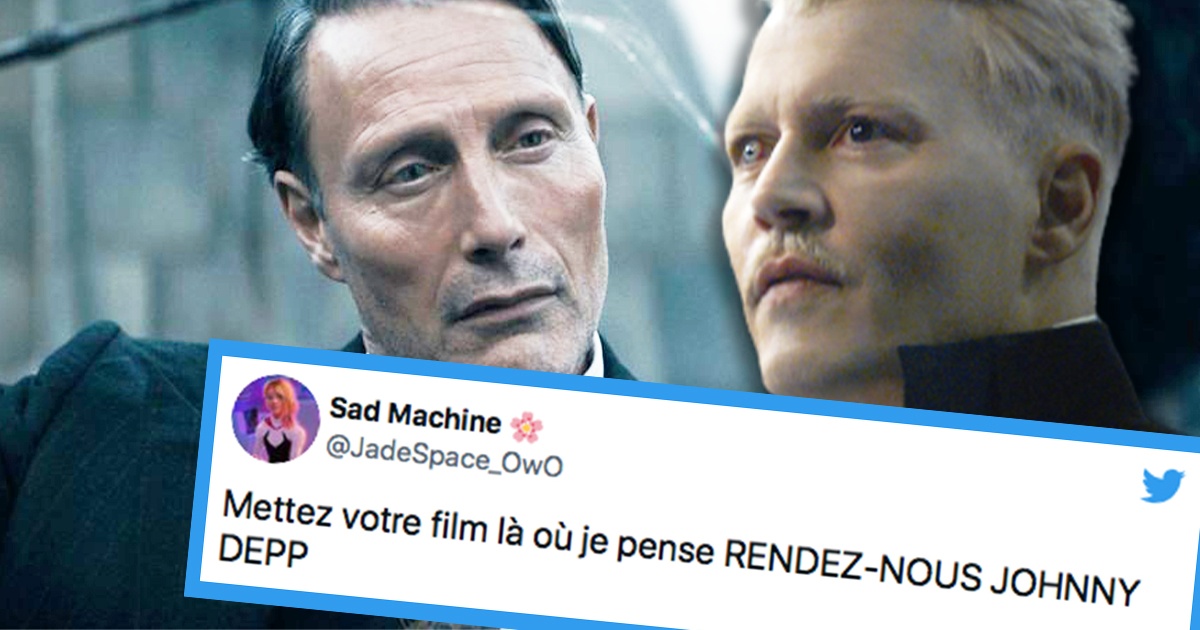 December 13, 2021, we invited you to discover the new trailer of Fantastic Beasts: Secrets of Dumbledore. In the latter, we found actor Mads Mikkelsen in the role of Grindelwald, after the Warner decided to part ways with Johnny Depp. And since, criticism of Johnny Depp’s replacement.

In November 2020, the verdict fell: Johnny Depp would no longer reprise his role as Grindelwald within the franchise Fantastic Beasts. The actor’s recent stories with Amber Heard had finally convinced the warner to take no risks, and so the company ended up declaring that it was separating from the actor (in the hope, of course, that all the controversy to Johnny Depp have less impact on future films).

To replace the actor, Mads Mikkelsen had therefore been chosen. The whole world knows Mikkelsen’s abilities in terms of acting, but that does not prevent defenders from Johnny Depp (for some) to boycott the upcoming film, or to attack Mads Mikkelsen directly on social media.

Following a wave of controversy linked to the distribution of the trailer of Secrets of Dumbledore (and the fact, of course, that the new Grindelwald is presented to us), Mads Mikkelsen decided to deactivate his Instagram account.

The reason for this deactivation: many hate messages left under his posts. We could not realize screen of these messages before the account is deactivated, but on the other hand, we can present some reactions from Internet users who did not appreciate the fact that Johnny Depp is being replaced. We suggest you take a look at some of the comments seen online :

Johnny Depp he gave off a sick flow and the move next to him is just horrible https://t.co/NSTPFFVnMA

The glow down is pitiful. I love Mads Mikkelsen but it was THE role of Johnny Depp! pic.twitter.com/ek5SblYGQ2

The absence of Johnny Depp in the role will be felt throughout the film … I couldn’t help but see Mads Mikkelsen as an impostor, even though I know it was nothing to do with it. pic.twitter.com/mblo1Ae1Js

Put your film where I think MEET US JOHNNY DEPP https://t.co/9jfVfv9ptY

So much worse, less charismatic than Johnny Depp
Although he is still a good actor: /
It’s too disturbing https://t.co/oOaddg27dY

Yep the Glowdown is present that’s for sure even if I have nothing against Mads Mikkelsen but Johnny Depp what pic.twitter.com/1SJG9l0p1Q

Of course, other Internet users also wanted to defend body and soul Mads Mikkelsen, by advancing the fact that the latter is a very good actor (and the fact that it is difficult to resist an invitation to play in such a popular franchise). We will see later if the situation unblocks, and if Mads Mikkelsen manages to leave this controversy behind him.

And you, for your part, what do you think of this change of role? Do you boycott Fantastic Beasts: Secrets of Dumbledore, or, on the contrary, do you think Mads Mikkelsen will play the role of Grindelwald wonderfully (or even better than Johnny Depp)? We let you answer this question via our survey, et via our comments area ! And if you want to know how Mads Mikkelsen intends to interpret his character without forgetting Johnny Depp, you can consult our previous article on the subject.