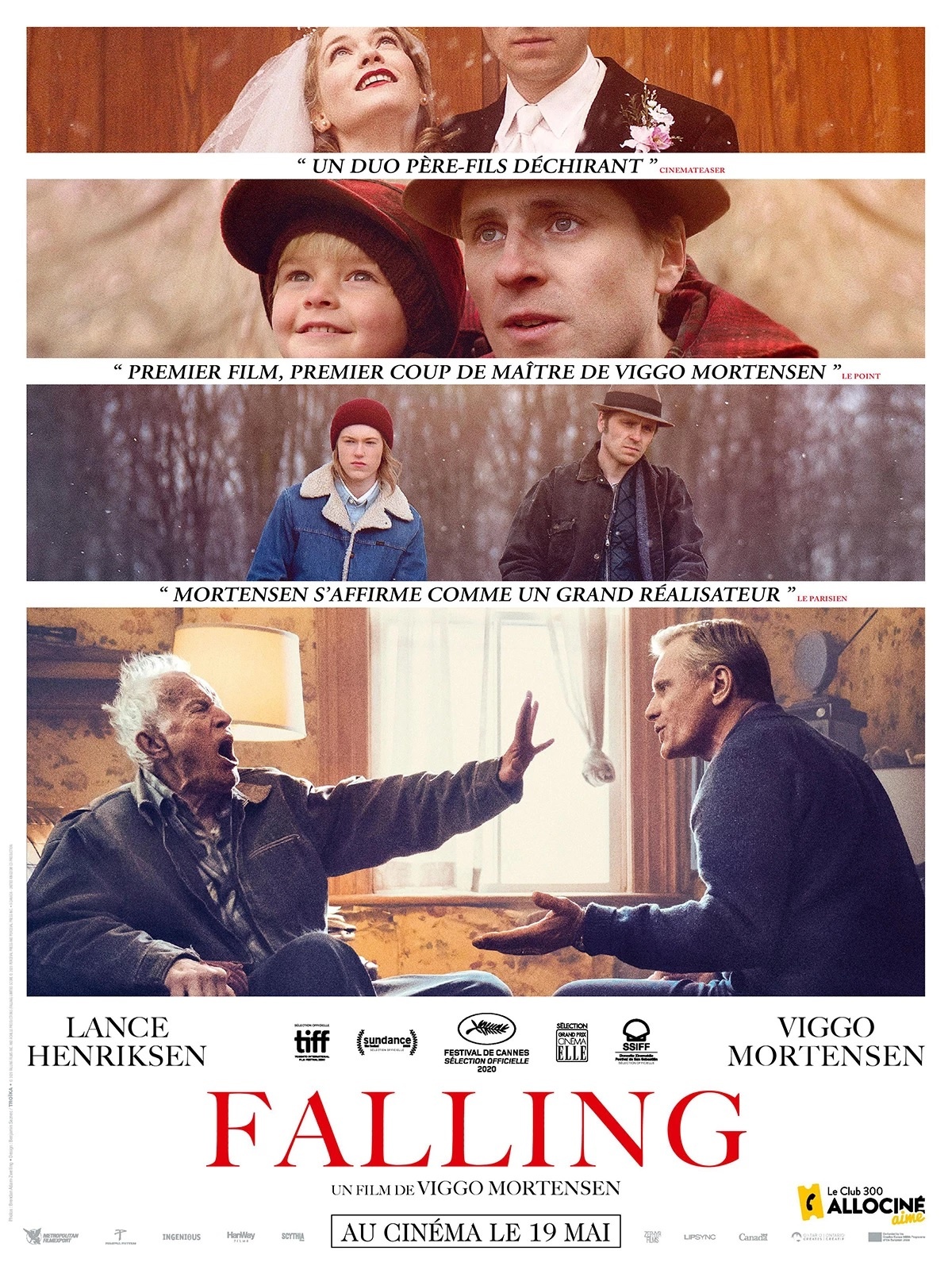 It is clear that Viggo Mortensen has seen and re-examined a good number of Clint Eastwood films, as he tries to use the figure of the American misanthrope to deconstruct prejudices, study conflicts between characters and humanize violence. But for that, it would be necessary to have digested the cinema of Eastwood, and to be able to appropriate themes. In FALLING everything is perfectly tuned and installed. The narrative scheme proposed by Viggo Mortensen is based on an exercise in repeating a single idea: the confrontation between father and son. However, the starting point is very interesting. Instead of randomly studying the dysfunction of a family, this is the autopsy of an emotional disintegration within a family. The one that kept everyone in the family away. However, the film does not hesitate to accuse the father of the family, whose words and ideas do not fit into the moral of the other characters, although they are perfectly questionable. The story therefore goes in one direction: the character of Viggo Mortensen, well convinced of the perfection of his rules and customs, seeks to give his father a lesson in life, sticking well to the caricatural image of the reactionary homophobic & racist American.

However, if the feature film manages to be touching, it is because it perseveres in the love given to a person who does not give any in return. Whether it’s in the time he gives each character to express themselves, or the way they calmly observe each tension, or even the conviction that they have to interpret their character, Viggo Mortensen shows a lot of passion and sensitivity with his subject. It is a story that touches him, so much so that he sometimes turns his flashbacks into bright visions. However, flashbacks are much more than that, for the most part. The montage is like a confrontation of two memories, which crisscross a past representing a lost paradise. That of affection, of learning, of union. Even though some flashbacks tend to lean heavily on the father’s unpleasant personality and character, sometimes even justifying his present-day behavior, FALLING is built on relational residues, on the indelible traces of a tumultuous past. Once this construction is in place and sufficiently fed, this is when the film wanders into cacophony.

By dint of creating countless scenes where Lance Henriksen, playing the father, launches vulgarities and swear words, the feature film loses depth and complexity. So much so that everything ends up being summed up in how the son played by Viggo Mortensen can manage his father? The autopsy is only interesting by the diversity of tone and moods even within the flashbacks. Otherwise, in the present tense, the whole staging and the story boil down to a series of conflicts between father and son. FALLING is at the limit of being a challenge launched to the spectator on the time that he can bear the series of vulgarities and curses. Faced with the alienation of the father, it is dead calm, since only the offense reigns. As if the present tense of the movie is just an older version of the flashbacks father / son relationship. Despite the awkwardness of a purely illustrative staging, the editing manages to keep a very lively tone. Although the film is based on an ongoing conflict, it retains the violence as a driving and fatal element, as something that cannot be resolved. A way of involving every detail of the story, whether material or psychological, even if Viggo Mortensen spends most of his time with his arms folded …

All the same, we must admit that this is clearly not a film that seeks audacity and aesthetic ambition. This is a performance film, a subject film where dialogue is the most important element. Like the central scene of the family meal, where exchanges and invective follow one another. A scene which perfectly represents the state of mind and the construction of the film. Between past, present and future, the family meal places the father (the character at the heart of the issues) at the center of the table, therefore at the center of everyone. All the exchanges and all the relationships between characters go through him at one point. Each subject approached, each reflection systematically bounces on it. He is surrounded by his family, although long disintegrated, but he is also at the heart of the problems. This scene, which lasts about fifteen minutes, perfectly reflects the return of the elevator between the characters, but also the fiery paradox between lightness and alienation. A gesture that is felt in the photography, where despite the announced twilight and the permanent conflict, it is a bitter sweetness that dominates. The freezing sun of the present time is opposed to the downcast melancholy of flashbacks. In this autopsy of emotional and family disintegration, the image shows a warm side that no body can fully enjoy. Because there is always the conflict that returns, the bodies are doomed in the illusion of affection. It is a pity that it remains only a gesture of facade.