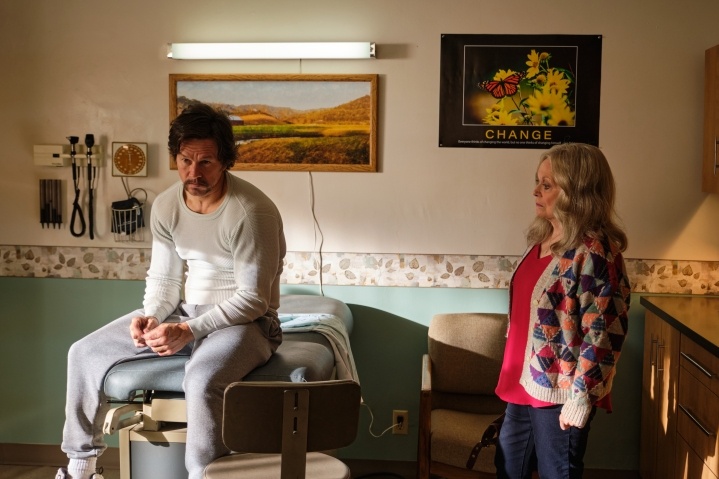 In an exclusive interview with the American edition of Aleteia, Hollywood star Mark Wahlberg shares his thoughts on his new film, Father Stu, which hits theaters in the United States on April 13, and gives us some secrets about his family life. .

The new film by Mark Wahlberg, Father Stu, which will be released this April 13 in the United States, is generating a lot of enthusiasm. The film tells the true story of Father Stuart Long, bad boy, amateur boxer and actor turned priest endowed with enormous charisma. The film is a moving tribute to a man who never did things halfway and whose journey of redemption is not only inspiring, but also reminds all of us that answering “yes” to God, even when we are at the lowest point in life, is saving.

If there was one person who could play Father Stu on screen, it’s Mark Wahlberg. The actor who never makes a secret of his Catholic faith also had a dissolute youth, marked by fights and arrests, before becoming what seems to be the best version of himself. He took the time to tell us about the film he got personally involved in – both financially and professionally – so that Father Stu’s story could be known to all.

Aleteia: Why do you think the story of Father Stu is relevant to tell the world today?
Mark Wahlberg: Because everyone is going through a difficult time and we are all going through it together. But Father Stu’s mission was to bring everyone together and bring them closer to Christ.

Has her story made you look at things differently in your own life?
Of course, I prayed for his intercession, especially for the film to be done well, to do him justice and to bring people to faith. Her story also challenges me to do more personally to bring people closer to God and closer to each other. Just to promote love, inclusion, acceptance, comfort and encourage people to have hope and have faith. So Father Stu is at work in so many different ways. His message continues to resonate, grow and reach more and more people. He also challenges me in his own way, as if he were telling me every day: “OK, what are you going to do now that the movie is over?” You must continue on this path”. So I’m very enthusiastic, because it’s very rewarding to shoot in this kind of film. It’s even a challenge… Between us, it’s normal to take a day off, it’s normal to rest and say “I need a break” before starting again stronger, I hope. Agreed, but to do more, to be more involved, more proactive.

In two hours, the viewer accompanies Father Stu through the ups and downs of his life, all with a lot of humor. At the end I was emotionally drained while feeling a sense of elation, her story is so amazing. How did you manage to maintain this level of energy throughout filming while at the same time your mother disappeared?
Acting is one of those things I’m supposed to do. This is the task entrusted to me and I must continue to do it. I was able to go home and take the time during filming to say goodbye to my mother. Of course, I was also able to interrupt myself for his funeral. What is certain is that I drew on this personal experience to play a difficult role. But at the same time, the responsibility of making the film and spearheading it was enough to keep me going in those moments.

I walked out of the movie with a sense of relief, in the sense that while we can all make mistakes, there’s so much hope for doing a good job. How do you integrate this into your daily life?
It’s what gives me wings every day…I get up, stretch, express my gratitude and question how God would have me do things. I wonder what He expects of me by using the talents and gifts He has given me to exercise them in the way and in the areas He wishes. After this ritual and my daily prayer, I usually feel very good saying to myself: Wow, I’m going to start my day in a very good way. And then if I go on and do some exercise, I feel even better. And that gives me the courage to go into the kitchen, or into the bedroom, to wake up the children and hope they get up on the right foot.

They’re at a difficult age now, aren’t they, they’re teenagers?
Very, very, that’s what I’m saying, it can also put a damper on it all pretty quickly, depending on the attitude…

Always, I strive to be the best version of myself.

It’s not too difficult for them…because we have discovered your morning routine and she’s pretty naughty. Do you think they tell themselves that it’s not for them, that they will never get there?
Well, you know, sometimes I stick to this particular routine and sometimes I don’t. In reality, I will do whatever my daily job requires of me, whether I am in the middle of a shoot, in pre-production or preparing a film. But always, I try to be the best version of myself. So, my children, whatever they decide to do, let them give 110%. That’s all I expect from them. They may want to take a completely different path than mine and I support them as long as it’s positive and productive. I don’t expect them to try to outdo me, even though I know my son and daughters are fierce competitors (laugh).

You have nine siblings and four children. Do you have family reunions where all the cousins ​​are present?
Yes, this happens often. My aunt and uncle usually organized them. Now their children, as well as my brothers and my sister try to carry on this tradition, but we recently lost my godfather, my aunt and my mother… It was difficult and with the Covid everyone was separated. But when my mother died, it was incredible to see this large family gathered together. How nice it is when we’re all together.

When Father Stu’s physical health deteriorated, he gained a lot of weight. You yourself gained 10 kilos in six weeks for the role. Has it changed your attitude towards your own fitness?
I’d rather stay in shape to feel good, than to look good. And gaining so much weight in such a short time at my age was not good. I still feel the effects, not so much now as right after.

I’ve noticed that you and Mel Gibson (who plays Father Stu’s father) tend to have strained father-son relationships in your movies together. Do you think you will one day be able to play together without insulting each other?
Yes, maybe, I don’t know (laughter). We could play brothers, we could play colleagues; I mean there are many other things we could do together. But you know, it’s kind of funny to see us in action!

It’s true that I’ve played quite a few masses over the years to prepare myself for this role.

If you weren’t a family man, could you consider being a priest?(Deep breathing…) I do not know. To be honest, I never thought about it. I think I find my own calling in the life I lead, the life I have chosen to serve God.

Yet you wear the cassock very well…
Thank you. It’s true that I’ve played quite a few masses over the years to prepare myself for this role.

Well, that helped you!
Absolutely ! If you want to be believable in a role, you have to become the role. So you have to do your homework, take this approach that athletes have of doing everything you can in training, so that on game day you’re ready and you just go.

I had the chance to meet a lot of wonderful women and to be touched by them.

You chose Rosalind Ross to write the screenplay and direct the film when she is probably not very familiar with the Catholic faith. Do you think she brought a different energy to the story, making it more accessible to the general public?
Absolutely ! She’s an extraordinary writer… Rosalind Ross has a certain roughness but she saw Father Stu’s story as one of a flawed man trying to find his purpose. I believe that this story told with a woman’s perspective makes it more accessible. And then you know, the most important people I’ve met in my life who have helped shape me have all been very strong women. The first one who got me an acting job was a woman, Penny Marshall. I would not be in this profession and with this status without her. The first woman who really touched me and steered me in the direction of my faith was Emily Alves. My mother too. The tenacity and guts she showed in raising nine children with all the struggles and challenges that entails…I actually got to meet a lot of great women and be touched by them.

Father Stu went to great lengths to woo his girlfriend, getting baptized. Did you have to go to great lengths to woo your wife?
I’m going to tell you a secret. I know that when I prayed for God to give me a good woman, he didn’t bring her into my life right away. He waited until I was ready to meet her, or truly able to deserve her and know how to cherish her. But yes, I tried hard… We met in New York through mutual friends while we were out and the next day we were having a press conference, similar to the one we are doing now, for a film of a very different genre. I wanted to see her again immediately so I asked her to come with me the next day. I said I had an hour, and she said “to do what?” and I said, “Well, why don’t you go to church?” So I invited her to Saint Patrick’s Cathedral. I think I made a good first impression on him! I took one step forward and two steps back after that, but that’s how our relationship started.

You’re one of the few successful Catholic actors in Hollywood. How do you explain it?
I do not know. I attribute much of my personal and professional success to my faith. But I don’t know how to define it in Hollywood. I don’t impose my faith on everyone but I don’t hide it either. I live and exist with people from all walks of life. And I think you know that I’m judged on what I bring to every role I play and every film I produce or direct.

At the end of the interview, I told Mark Wahlberg that interviewing was the only thing I did that really impressed my kids. After laughing out loud, he reassured me, “They’ll learn to appreciate all the little things you do later on.” It is this very notion of gratitude that seems to dictate much of the actor’s life.