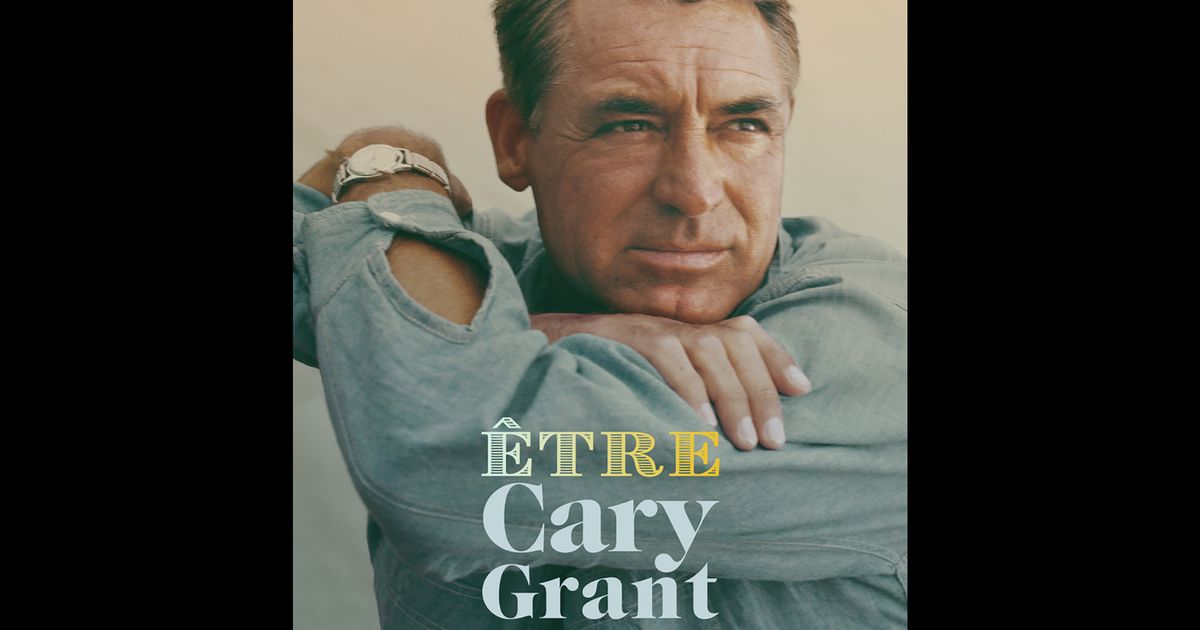 In her essay, “Being Cary Grant”, Martine Reid develops the hypothesis that the actor from Bristol has built himself entirely to become the ideal American, placing his life under the sign of the double and of duplicity.

A man, in the middle of a field, runs to take refuge in a corn plantation to escape a chasing plane. This mythical scene from Alfred Hitchcock’s “Death by the Trail” (1959) sums up the thesis of Martine Reid’s book, “Being Cary Grant”, halfway between biography and essay. 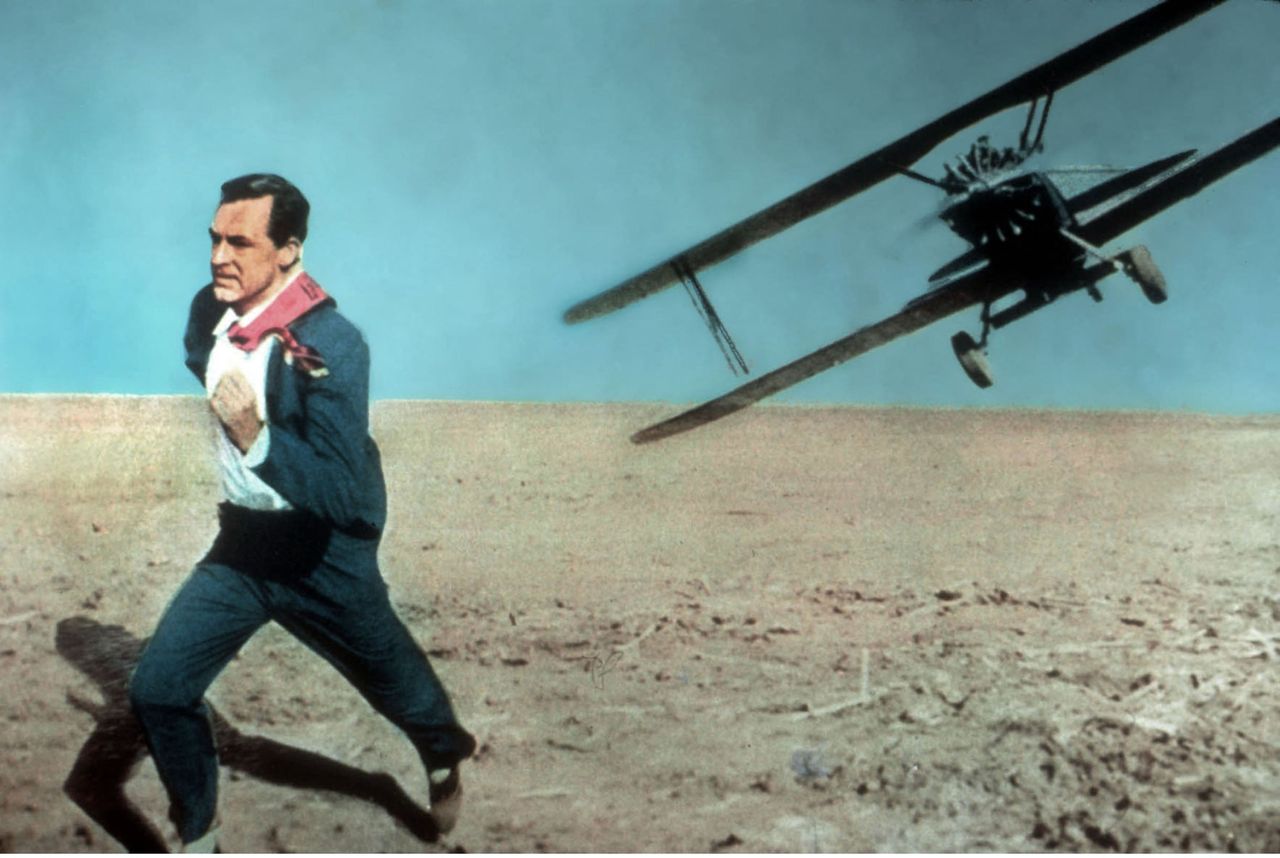 “Death on the trail” and its mythical scene. [MGM – Collection ChristopheL via AFP]

Let us recall the plot in a few words: a New York advertising man, Roger Thornhill, mistakenly finds himself in the shoes of a spy. Caught between a mysterious organization that seeks to suppress him and the police pursuing him, he finds himself in a very uncomfortable situation. Following several misunderstandings, he finally passes himself off as himself and steps into the skin of his character.

This scene is emblematic of what Cary Grant was, both right and wrong, the character you play and the one you really are, with great difficulty in locating yourself. It is this duplicity that interested me, this sort of impossibility to exist, without possible resolution.

>> To listen to the program “Traveling” dedicated to “Death in the trunks”:

A scholar specializing in the literature of 19th century women of letters, in particular George Sand, Martine Reid had a priori no reason to look into the fate of this man who hated to read and who had a complicated, if not violent, relationship. with women. “I found affinities with one of my interests, what psychoanalysis calls the process of self-generation: how women and men manage to build another identity from the first one, thrown into nothingness”.

Her dimple in the buttock of an angel

So let’s come back to this first identity. Originally, Cary Grant (1904-1986) was called Archibald Leach. He was born on January 18, 1904 in Bristol, Great Britain, two after the death of his older brother. The father is an alcoholic, the mother is depressed. In 1912, her mother was placed in a mental asylum and her father made her believe that she had left for a long vacation. The child feels abandoned, and he will really be abandoned when he is entrusted to his grandmother after the remarriage of his father, who has left for more pleasant countries. 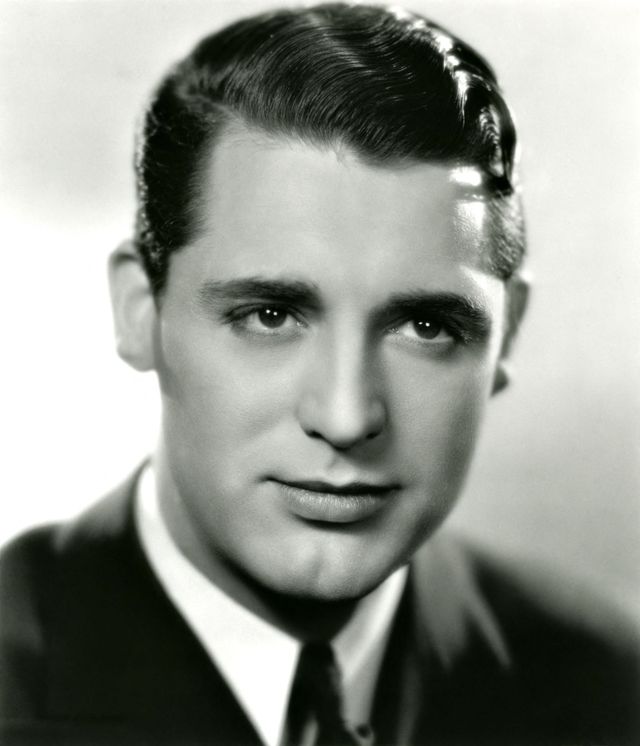 Left to himself from the age of 11, Archibald is doing as best he can. He becomes an acrobat, climbs on stilts, does stunts for the Pender troupe. This acrobat trade led him to tour across the country and soon to perform in New York in the early 1920s, while continuing to sell ties and play the gigolo. It must be said that he is handsome, tall, slender and that his “angel’s buttock” dimple leaves no one indifferent.

After scouring Broadway in light comedies, he arrived in Hollywood and became Cary Grant, glorious initials also worn by Clark Gable and Gary Cooper, the two stars of the time.

His departure for New York will precipitate the detachment with his own story, too painful, too painful. But it is by changing his name that he really leaves the remains of the poor kid from Bristol.

He is not yet a very good actor, but his physique is sufficient. He continues the productions with predictable scenarios with the exception of two notable films, “Venus Blonde” (1932) by Sternberg where he is nevertheless eclipsed by Marlene Dietrich and “Sylvia Scarlett” by Cukor where he gives the answer to Katharine Hepburn disguised as boy. Cary Grant will always have female partners with strong and powerful roles. 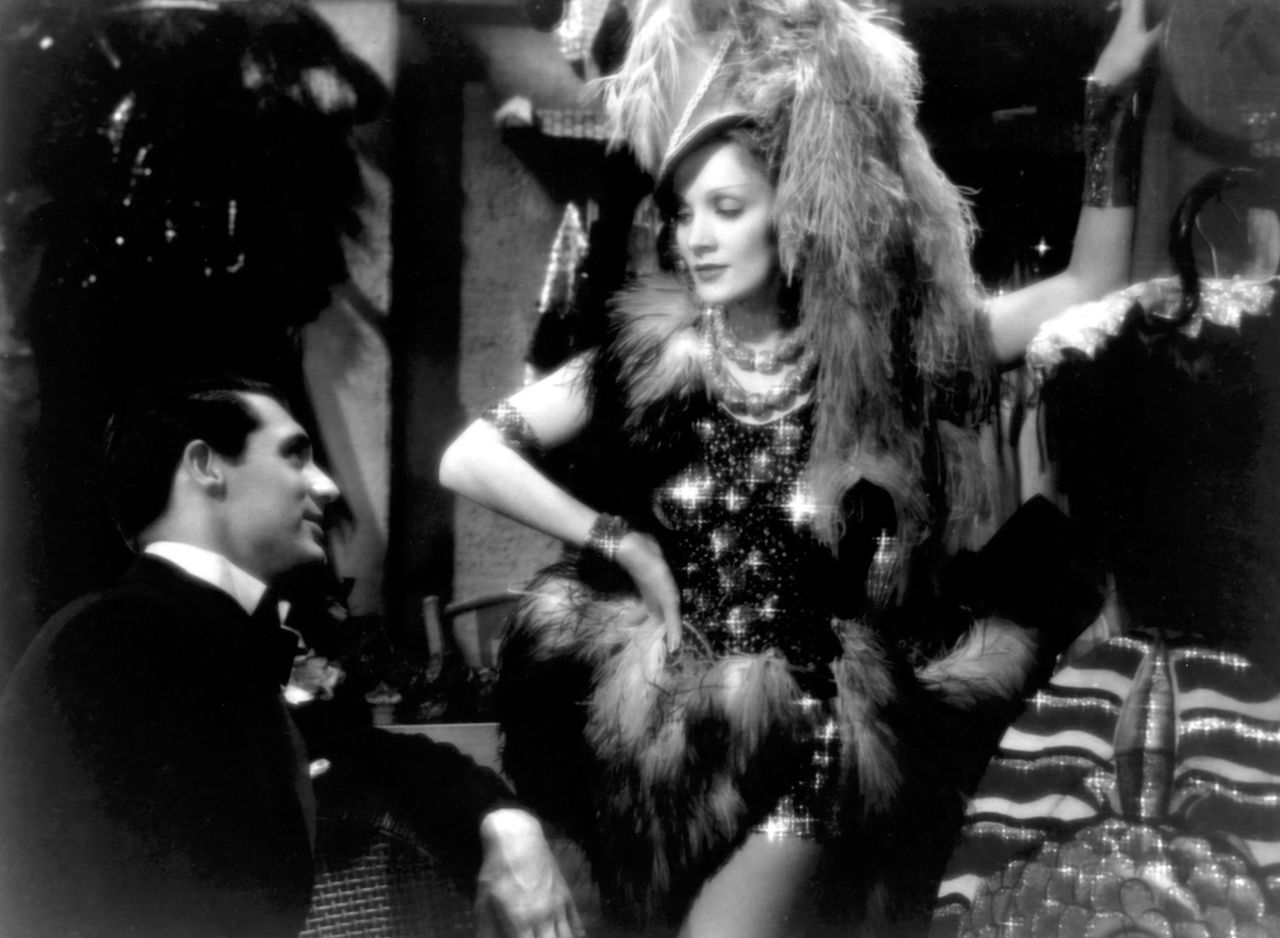 In 1936, demanding and perfectionist, no longer able to stand to be considered as the double of Gary Cooper, he decided to become independent. His role in “This Sacred Truth” (1937) with Irene Dunne, a hilarious comedy where two husbands happily lie to each other without ever being fooled before getting back together, forges his character.

It is in the crazy comedy (the “screwball”) that Cary Grant will reveal his genius, in particular in “The Impossible Mister Baby” (1938) of Hawks, where he finds Katharine Hepburn. In a feathered negligee, Cary Grant dares to be ridiculous, but ridicule will never kill him, on the contrary. The actor has a sense of self-mockery that saves him from all situations. 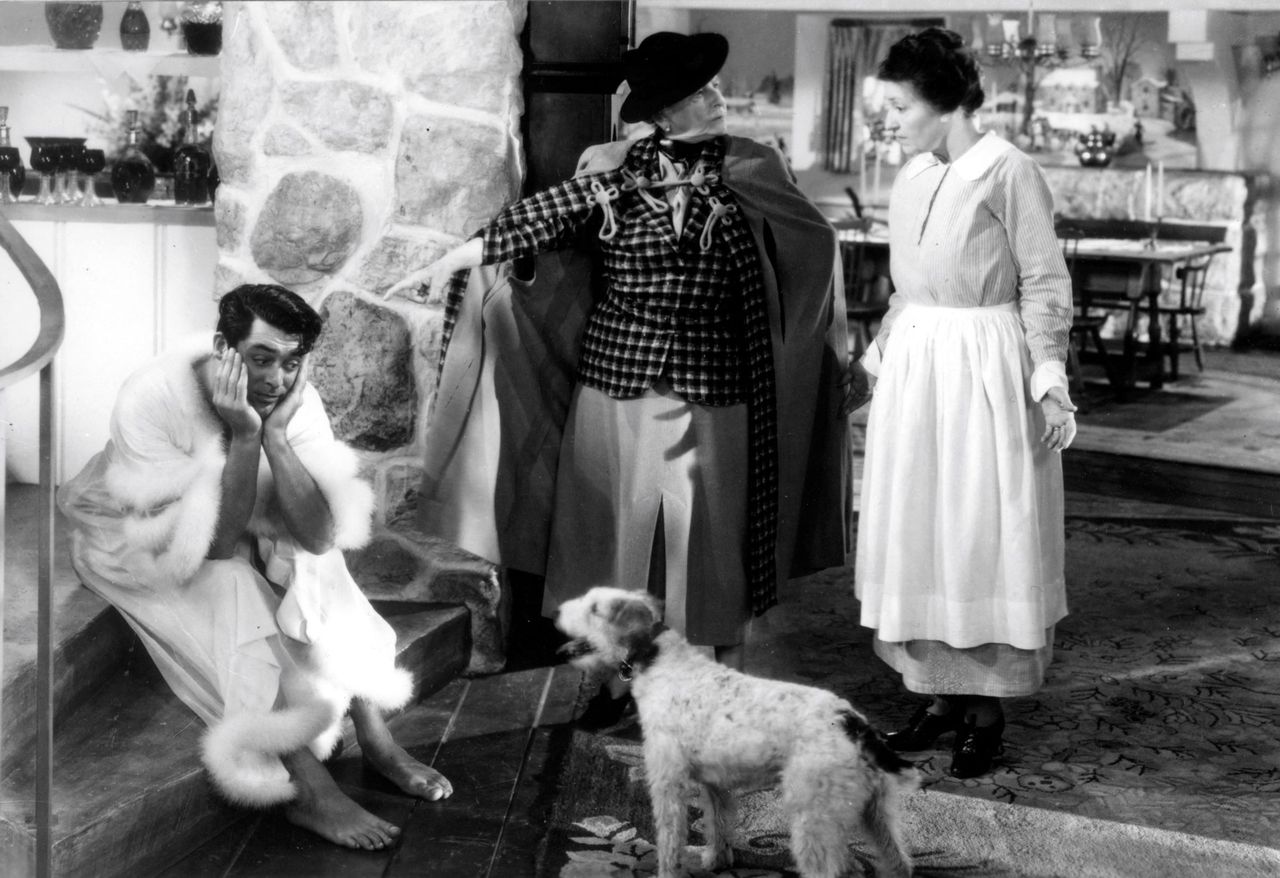 Never ridiculous even out of the feathered bath in “The Impossible Mr. Baby”. [Archives du 7eme Art – Photo12 via AFP]

Both seductive and comical, he has the art of keeping what he plays at a distance.

We understand that Ian Fleming, years later, was inspired by him, his elegance, his casualness and his silhouette to create the character of James Bond – a role that Cary Grant refused, considering himself too old.

It is this same mixture of impassibility, phlegm and irony in the face of the unforeseen that he will adopt when his mother, whom he believed dead as his father had told him, arrives in Hollywood in 1933. “Sa mother does not recognize him, the son does not recognize his mother either, but he will play family, the good son, and take care of her until the end, “says Martine Reid.

And Hitchcock revealed his dark side

At the beginning of the 40s, Hitchcock – which will offer him four big films – seems to have understood what was hidden behind the facade of the actor and offers him a more rough, ambiguous and dark role in “Suspicion” (“Suspicion”). The studios ask Hitchcock to review this character of a manipulative husband and a bit sadistic to make, in fine, a husband truly in love with his wife. Because in those years, Cary Grant represented the ideal American, physically irreproachable and incapable of committing a bad deed. 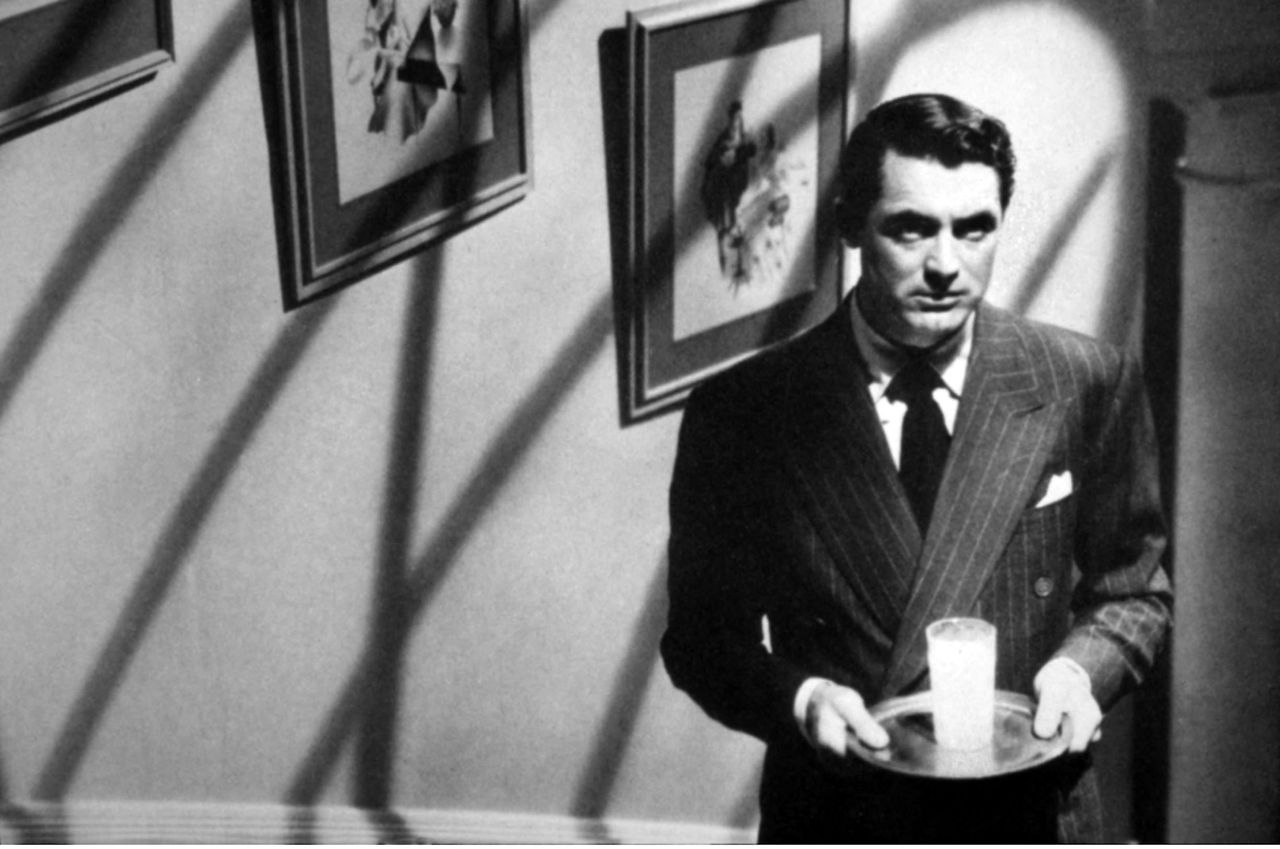 Disturbing with just one glass of milk in Hitchcock’s “Suspicions”. [ CollectionChristophel – RKO Radio]

His movie character is however very different from what he is in real life, a tormented, tortured, irascible, unfaithful man, married five times, divorced four times because of violence, and depressed to the point of trying yoga, meditation, psychoanalysis and LSD therapy.

I’ve spent most of my life swinging between Archie Leach and Cary Grant, unsure of each of them, suspecting them both.

Unfit for married life – the thesis of homosexuality has often been advanced – but professionally adorable, it seems. Hitchcock, known for his contempt for his performers, will say of him “that he was the only actor he has ever loved in his whole life”.

An independent actor, he remains so when he decides to stop everything in 1967, in full separation with his fourth wife while he fights for the custody of his only daughter. “Having become extremely wealthy and having starred in over 70 films, he longs for a quiet life, free from the hassle of cinema. He also doesn’t want to be an old beau on screen, flirting with girls anymore. young people. Moreover, for “Charade” (1963), one of his last films, he wished it was his partner, Audrey Hepburn, who tried to seduce him, and not the other way around. ”

>> To see, an excerpt from “Charade” by Stanley Donen:

That did not prevent him from having 47 years of age difference with his last wife, a happy marriage, it seems, or too short for it to become disastrous.