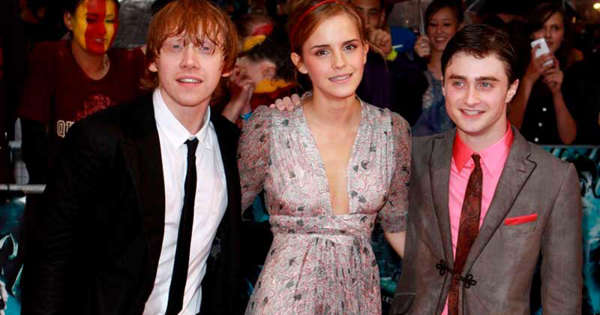 The actress Emma watson She is remembered for playing Hermione Granger in all eight Harry Potter films, so it’s hard not to relate her to the character or imagine another actress playing the witch.

But apparently at some point during the filming of the successful franchise, the British actress thought about giving up her role. And it is that this January first on the digital platform HBO Max the meeting of the cast of the Harry Potter films was released as a way to celebrate the 20 years of the first film.

The special was titled ‘Return to Hogwarts’ and there the conductors opened up about their passage through this project and Emma revealed that she considered giving up the saga.


© Clasos | Emma was not sure whether to continue filming Harry Potter.
Emma Watson reveals she almost quit the Harry Potter saga

Video: Emma Watson enjoyed the beach on her vacation in Barbados (Telemundo)

” Yes, I think I was scared. I don’t know if you ever felt like you hit a tipping point where you were like, this is forever now, ” the actress said.

The actor who gave life to the likeable Ron Weasley, assured that he also experienced moments of doubt and loneliness and even asked himself: “What would life be like if I quit one day.”

Watson revealed that his doubts began in the time of Harry Potter and the Order of the Phoenix, Grint indicated that in his case he would have questioned his continuity in the franchise during all deliveries.

It should be noted that Emma not only considered it, but also came to express it with those in charge of the production. David Yates, who directed the films starting with Harry Potter and the Order of the Phoenix, recalled that when he joined the franchise, producer David Heyman warned him that ‘Emma wasn’t sure she wanted to come back to make another Potter movie.’

However, despite the doubts the actress decided to end the films of the saga and ensures that now she feels grateful for it.