Harry Potter fans eagerly await the broadcast of Harry Potter: Regreso a Hogwarts. While waiting for the special to air on January 1, HBO has just released the long-awaited and exciting trailer in which Daniel Radcliffe, Emma Watson and Rupert Grint meet again to celebrate the 20th anniversary of the popular adventures of the young wizard. on the big screen. The video shows the main trio and their former co-stars gather at the Warner Bros Studio Tour London to see the original sets. “I feel like no time has passed, and a long time has passed! “, Watson assures when seeing the rest of actors. “It’s the perfect time to be with everyone and remember,” says Grint. The popular magician apprentice Daniel Radcliffe also speaks with great affection of what he experienced in this reunion. “What scared me the most was that the most important thing in our lives had already finished and when I see you all I see that nothing is over,” he confesses. 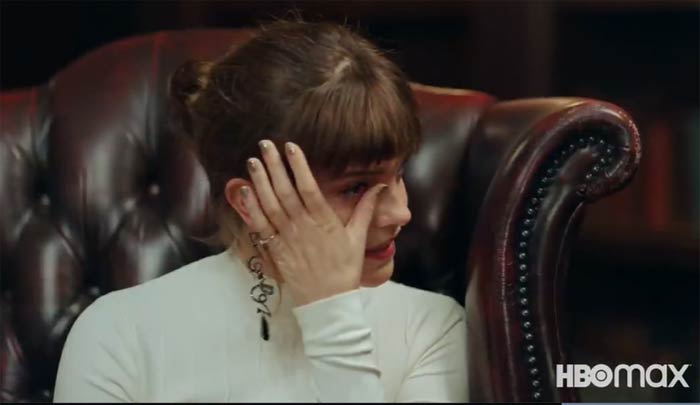 
Undoubtedly one of the moments that has most moved fans of the franchise It was when Emma Watson, the popular Hermione in the saga, starts to cry while talking to her fictional boyfriend, Ron Weasley, whom she plays Rupert Grint. “It is a strong bond that we will always have “, says the actor, while she wipes her tears. And adds: “We are Family. We will always be part of the lives of others. “And Emma assures:” When things get really dark and times are really difficult, there is something about Harry Potter that makes life richer. “

-Emma Watson: from the mystery of her boyfriend to their love walk 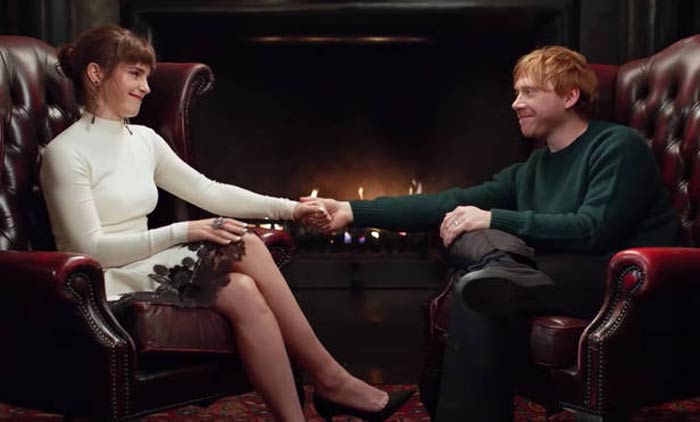 
In this preview we can see well-known characters such as the one played by Tom Felton, aka Draco Malfoy, hugging his old friends, or Helena Bonham Carter, who gave life to Bellatrix Lestrange, and recalls the scene in which Hermione uses the magic potion to transform into Bellatrix. But they are not the only ones who have participated in the special, the presence of Robbie Coltrane, Ralph Fiennes, Jason Isaacs, Gary Oldman, James Phelps, Oliver Phelps y Bonnie Wright, among others, as well as producer David Heyman and directors Chris Columbus, Alfonso Cuarón, Mike Newell and David Yates. 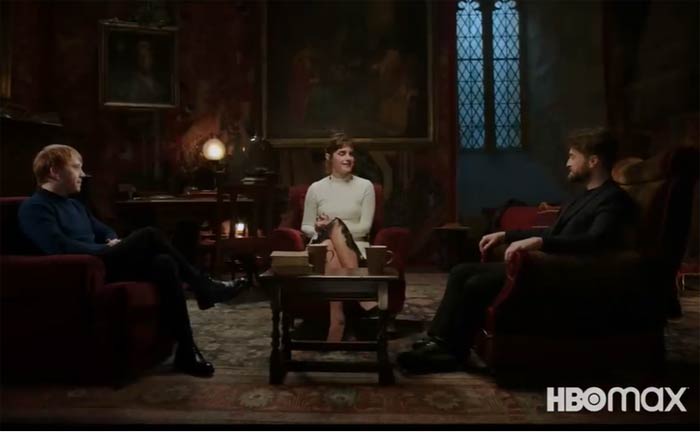 
The wait is about to end. Daniel Radcliffe, Rupert Grint and Emma Watson will join other great cast members from all eight Harry Potter films on their journey back to Hogwarts for the first time to celebrate the anniversary of the first film in the franchise. harry potter and the Philosopher’s Stone, which was released 20 years ago. The special will tell a gripping story of how it was shot through in-depth interviews and conversations with the cast, inviting fans on a magical first-person journey through one of the most beloved film franchises of all time. They will be a tribute to all those who were marked by this cultural phenomenon, from all the performers to the team, “to the passionate fans who continue to keep the spirit of the wizarding world alive 20 years later.” After two decades, the series has lost some of its most beloved lead actors, such as Alan Rickman (Severus Snape), Helen McCrory (Narcisa Malfoy) o Richard Harris (Albus Dumbledore). The long-awaited retrospective will be a peak event in the holiday season, airing when the clock strikes midnight on New Year’s Day, January 1.

Emma Watson cries when she is reunited with her love in fiction, Rupert Grint