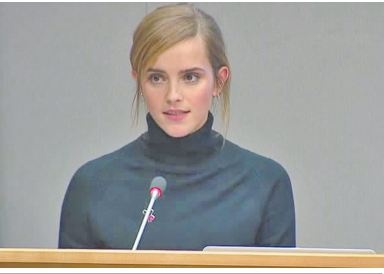 S top to rumors. Emma Watson came out of her media retreat with an explicit message to say the least. The actress, the eternal face of Hermione Granger in the Harry Potter cinematographic saga, has indeed been the subject of much speculation for several months. The comments touching both her personal life and her relationship with businessman Leo Robinton, and her professional career, with many innuendo about her putting her comedy projects on the back burner.

On her Twitter account, Emma Watson addresses her followers directly: “Dear fans, rumors about whether I’m engaged or not, or whether my career is ‘dormant or not’ are ways to generate clicks. every time, whether they are true or false “, she published in a first message, before continuing:” If I have news, I promise to share it with you. ” The actress, whose activist commitments are known elsewhere, continued with humor: “In the meantime, do you say that without news from me, it simply means that I am going through the pandemic in the same way as most people, in missing out on my homemade sourdough bread, taking care of my loved ones and doing my best not to spread this virus which still affects a lot of people, “she wrote.

Emma Watson concludes this speech on Twitter – where she had not published anything since August 2020, with a thought for her fans: “I send you a lot of love, hoping that you are well and that you are as happy as you are. ‘it is possible to be in these strange times. And once again, thank you to everyone who works so hard to keep us safe and healthy. ” Last February, Jason Weinberg, the manager of the young woman had already stepped up to the plate, explaining in the columns of Entertainment Weekly that “Emma Watson’s social networks are dormant, but not her career”. Hopefully this time, the focus of the main interested party is more effective.