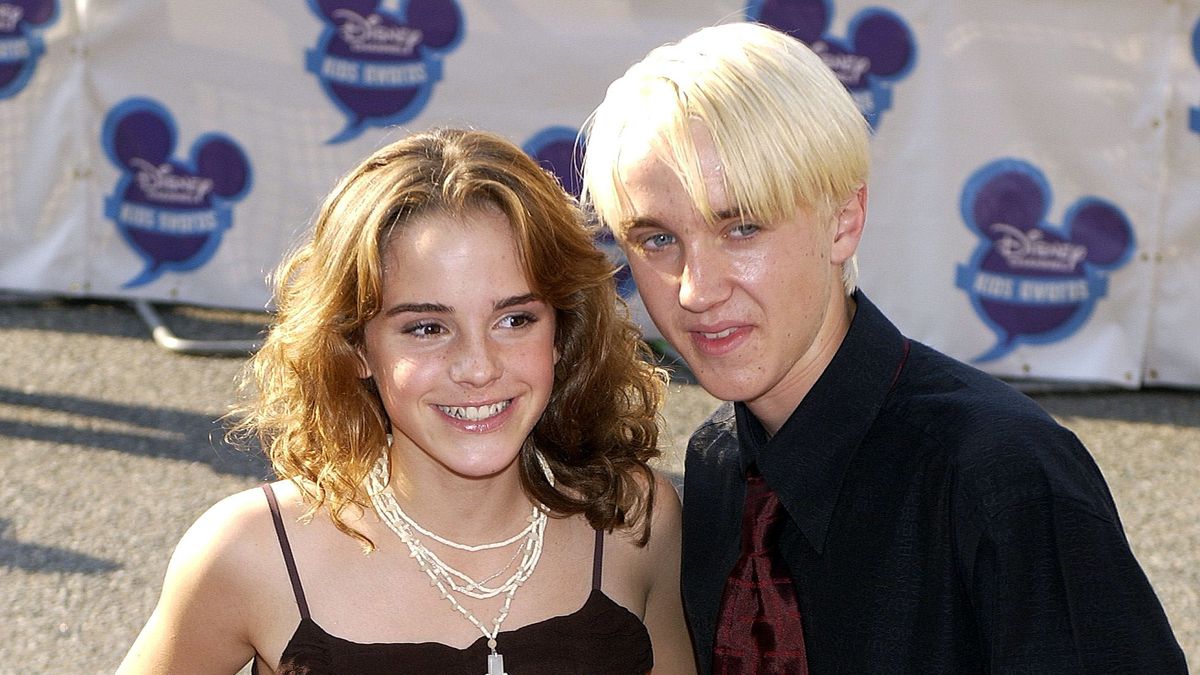 In the Harry Potter film saga, as in the books, the common thread of the whole plot is friendship. The union of three friends who manage to overcome all adversity together, who make good triumph over evil. But, in such a long story, there are also love stories, both on and off the screen. And, in the recently released HBO special about the magician, some of them are the protagonists.

In Return to hogwarts, in which the 20 years of the first of the films are celebrated, one of the stories most commented on by fans of the saga during the filming of them comes to light: the relationship between Emma Watson, who plays the intelligent witch Hermione Granger, and Tom Felton, who plays Draco Malfoy, the dark archenemy of the protagonists.

The open secret that ran between the followers of the world of Potter and that he sought to connect the two seems to be confirmed, at least in part, when Watson reveals how much he liked Felton, and even talks about “falling in love”. It all started when, during a common class, they were commissioned to paint God. And then Felton made an original drawing of what he considered his representation of God: a girl with an upside-down cap on a scooter. “I don’t know how to put it, I just fell in love with him,” admits Watson, now 31, during the HBO special. “He used to come in every day and see if his number was on the filming call. It had the number seven. And if I was signed up, it was a day with an extra emotion ”, acknowledged the actress about the moments in which they had to work together, something that lasted for 10 years, since the first film of the saga dates from 2001 and the eighth and last of 2011.

Not only does Watson speak on that question, but Felton himself brings up the subject as well. One of the first explanations she gives is that he is three years older than her; Although now the difference is ridiculous, then it did represent an important leap: in the first film they were 11 and 14 years old, respectively, until they reached 21 and 24. “I became very protective of her. Yes, I always had a weakness for her, and that is still present today, “confesses the actor.

However, and to the disappointment of many of their fans, they are the ones who let it fall that it never materialized or became a real romance. “Nothing has happened, nothing, nothing in the romantic plane, never, we just love each other, that’s all,” says the also interpreter of Little women. However, they do confess how much they love each other. And fans have wanted to sharpen the moment in which they say they appreciate each other: while in Watson’s conversation with Rupert Grint (who plays Ron Weasley, his partner at the end of the movies) he says: Emma, ​​as friends ”, in the conversation between Watson and Felton he also says“ I love Emma ”, but the phrase remains without further clarification.

Tom Felton continues to maintain a loving relationship with many of his former colleagues in the film saga, and it is relatively common to see him in his profile of Instagram posing, chatting, congratulating birthday or having a drink with Rupert Grint or Daniel Radcliffe, who played the famous magician. “Happy birthday to the first and only,” he wrote with a photograph of Emma Watson in April 2021, in which both posed as children. In fact, a summer 2019 photo in which they appeared playing the guitar in pajamas, became a viral hit with more than 1.5 million I like it. Felton, with less popular success than Watson and Radcliffe, has tried to start a musical career and remained linked to the world of interpretation, starring in series and movies, and has five projects in development.

Emma Watson and Tom Felton: the romance of Draco and Hermione in ‘Harry Potter’ that could be and was not