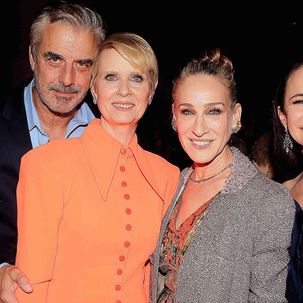 Ah, Paris! Emily Cooper, the American, discovered just a year ago the pleasure of living, working and loving in the City of Light. And she liked it so much, that she decided to play extra time (it’s happening on Netflix on December 22). Besides, Emily is lucky, she has the budget for it. And this to the astonishment of “real” Parisians who wonder how Emily manages to survive in one of the most expensive cities in the world when she clearly spends a lot more than she does. wins.

This newcomer to a marketing agency swears by chic clothes and bags, chic restaurants, chic transport … How much does she earn? How much is she spending? A study carried out by Bramleys answers all these questions. And what costs him the most will clearly surprise you (no, it’s not his rent!).

His salary as “junior marketing specialist“is estimated at around 60,000 euros per year.Emily in Paris lives in the heart of Paris, in the 5th arrondissement, place de l’Estrapade, close to the Pantheon. The kind of neighborhood everyone would love to live in. But can’t afford it … His rent would be minimum 1700 euros per month. You add to that the gas and electricity: + 898 euros (per year). For her trips in the capital – the metro, not familiar with, she is more VTC and taxi: 730 euros (she would therefore be right not to have opted for an annual Navigo at 827.20 euros …). Health insurance: 480 euros.

“Emily in Paris”: a pharaonic budget!

Little pleasure … Breakfast: Bramleys imagines that Emily is eating a chocolate bread per day, from La Boulangerie Moderne, at 2.5 euros each (912.50 euros). For his lunches and dinners his budget would amount to a total of 16,425 euros. Or 45 euros per day. Budget restaurant ticket exploded. What costs him the most? The clothes (and his bags). She may say that she cannot “afford” to buy designer brands, her wardrobe makes all the fashionistas on earth green with envy, Barmleys believes that there is for no less 94,000 euros … In total, Emily’s annual budget in Paris is estimated at a minimum of 133 845 euros. Good, Emily in Paris, it is clearly a fiction …

“Emily in Paris”: here’s how to pronounce the name of the series (we’ve had it all wrong all this time!)

“Emily in Paris”: who is Lucien Laviscount, the handsome kid who will make us want to watch season 2?

“Emily in Paris”: how much it costs to live a year in Paris like Emily (the most expensive will amaze you …