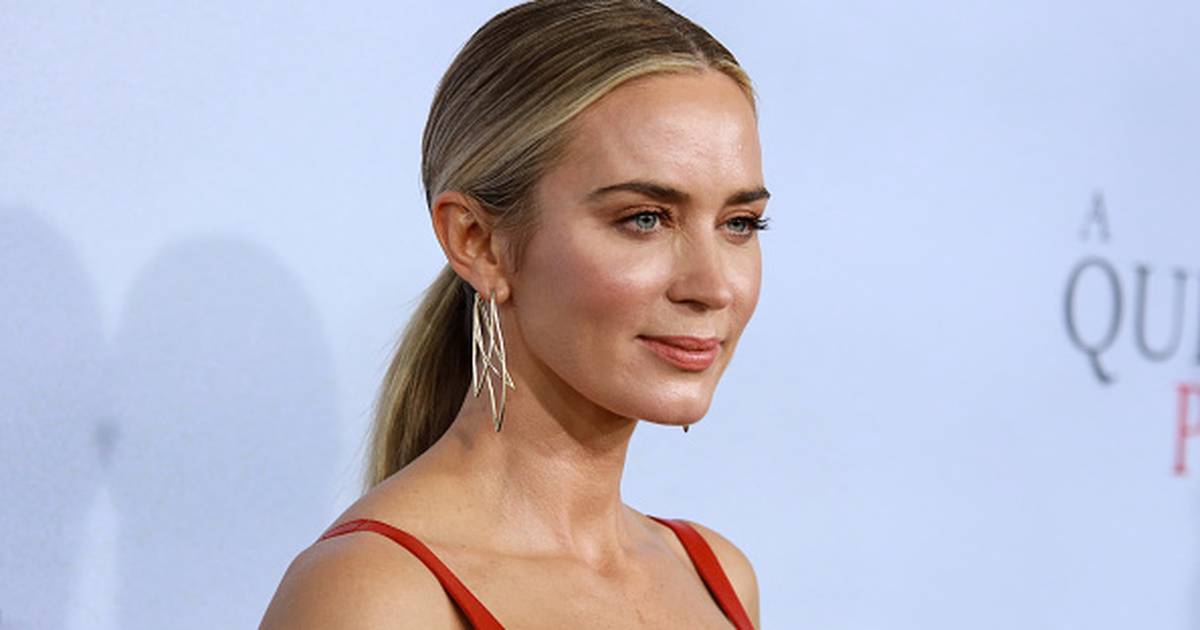 The British interpreter began her career in the early 2000s and her face became known worldwide after her role as Emily in The Devil Wears Fashionable.

The actress, who is married to actor and director John Krasinski, has had an interesting career in Hollywood, covering different genres in the cinema. In that sense, she has stood out in films such as A Quiet Place, Edge of Tomorrow, Mary Poppins Returns, Sicario and The Girl on the Train.

Soon he will be part of Oppenheimer, the new film by director Christopher Nolan and where he will share a cast with Cillian Murphy, Robert Downey Jr, Matt Damon, Florence Pugh, Kenneth Branagh and Rami Malek.

On her birthday, we leave you ten Emily Blunt movies that you can watch on Netflix, Amazon, Star+, Disney+ and HBO Max

Year 2072. Assassinations are prohibited and some people are clandestinely sent back in time to be executed by assassins. With Bruce Willis, Joseph Gordon-Levitt and Emily Blunt.

Commander William Cage (Tom Cruise) and a Special Forces soldier (Emily Blunt) battle a hostile race of aliens, where Cage gets trapped in a time loop.

Jason Segel and Emily Blunt play a young couple in love who take much longer than expected to say “I do!”

In this terrifying suspense thriller, a family must silently navigate their lives to avoid mysterious creatures that hunt by sound. Acclaimed by critics and audiences around the world, experience the movie of the year. With John Krasinski and Emily Blunt.

Headstrong farm girl Rosemary Muldoon decided to win the heart of her neighbor Anthony Reilly. But it seems that Anthony has inherited a family curse from her and remains oblivious to her beautiful admirer.

As an assistant to Miranda Priestly, the impossible and demanding editor of a major New York fashion magazine, young Andy Sachs has landed a job many people would die for. With Meryl Streep, Anne Hathaway, Emily Blunt and Stanley Tucci.

The Hunter and the Ice Queen (Star+)

Evil Queen Ravenna betrays her benevolent sister Freya by freezing her heart. As the war between the two queens rages on, Eric and Sara must help Freya defeat her sister and prevent her evil from reigning for eternity. With Charlize Theron, Emily Blunt, Chris Hemsworth and Jessica Chastain.

The magic returns in this reimagining of the Disney classic as Mary Poppins (Emily Blunt) returns to help the next generation of the Banks family find the joy and magic missing in their lives.

Lily Houghton, an intrepid researcher from London who wants to go deep into the jungle in search of a mysterious healing tree, hires the dubious services of Captain Frank Wolff, to guide her with his rickety ship. With Dwayne Johnson and Emily Blunt.

Into the Woods (Disney+)

A modern twist on fairy tales. Musical tape about a humble baker and his wife, whose desire to have a child causes them to revoke a witch’s curse. With Meryl Streep, Emily Blunt, Chris Pine, James Corden and Anna Kendrick.

Emily Blunt: 10 movies to watch on Netflix, Amazon, Star+, Disney+ and HBO Max on her birthday