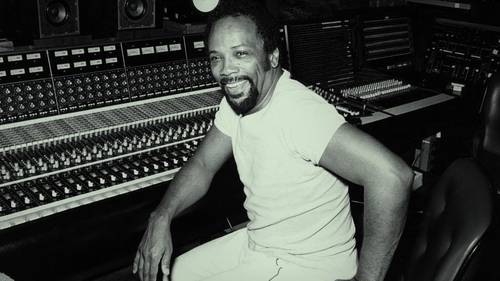 At 88, Quincy Jones is responsible for much of American popular music. In the past seventy years, the musician, producer, composer and arranger worked with Frank Sinatra, he also managed three of Michael Jackson’s most successful albums, including Thriller; He was also the first African-American to be nominated for an Oscar, and has been a candidate seven times since.

In an interview with The Hollywood ReporterJones spoke of the lessons taught by jazz giants like Billie Hollyday or Charlie Parker, of his business neighbors, of the friends he has made for years, and even of the racism he faced for decades in the music industry. And he also claimed that Elvis Presley “was a racist” so he refused to work with him.

Quincy never worked with Elvis Presley, and claimed he never would have. “I was writing for Tommy Dorsey (conductor), by God, it was fifty. And Elvis came in and said to Tommy, ‘I don’t want to play with him. Pressed for reasons behind the statement, he mentioned that “she was a racist mother.” I’m going to shut up now, but every time I saw Elvis I was being mentored by Otis Blackwell (author of Don’t be cruel), I would tell him how to sing, ”Jones said.

In the 80s, a Universal producer discriminated against him

Quincy came to Hollywood in the mid-eighties, working composing music for movies. “They called me to do Mirage Gregory Peck and I went. I was dressed in my favorite costume, and the producer came out to meet me at Universal. He stopped short – confused – and came back and said to Joe Gershenson (music supervisor): ‘You didn’t tell me Quincy Jones was a black man.’ They didn’t work with black composers in the movies. They only used three-syllable European names Bronislaw Kaper, Dimitri Tiomkin.

“He was very racist. I remember being at Universal, walking down the aisle, and people would say, ‘here comes a shvartze‘ on Yiddish, and I know what it means. It’s like the word with N. And Truman Capote, when I did In Cold Blood, man. He called Richard Brooks (the director) and said, ‘Richard, I don’t understand why you’re using a black man to compose the music for a movie without black people in it.’ Richard replied, ‘Fuck you, he’s going to do the score‘. I did it and I was nominated for the Oscar ”.

On the protests last year over the George Floy case and racism in America, Quincy says: “It’s been a while, man. People have been looking away, but everything remains the same for me: misogyny, racism. They have to teach you to hate someone. It’s not natural, I don’t think so. I don’t think so unless you’ve been trained. I think it’s a very bad habit. These racists, for God’s sake, Asians? How the hell do you get mad at an Asian girl? “

Music, however, has also given Jones a lot. “Jazz was my mother. Without a doubt. It’s very addictive, man. It is revolutionary too. It’s where a lot of multi-ethnic marriages come from. “

In addition to all the paradigms that Quincy Jones broke, his musical work has also left its mark. Your work on Fly me to the moon together with Frank Sinatra it became the first song to sound outside of Earth. “I recorded it with Count Basie in four-quarter time. When he wrote it, it was originally in three quarters. (Singing) ‘Fly me to the moon …‘one, two, three, one, two, three. You cannot enjoy it in three quarters. Sinatra said, ‘I like the way you did it with Basie, the four-quarter, would you be willing to do that with him and me?’ and I said: ‘but of course I do’.

“So I had to sit in my hotel room in San Remo and in one night I had to write the arrangement. No piano, nothing, just write it. Frank died when he heard it, man. I was so happy because that was actually my first job for him. I was 29, you know? They were in their mid-fifties or sixties. “

Now the musician plans to write his memoirs. “First I want to make a book about my old life because I’m tired of seeing information gaps on the Internet. It blows my mind because when you turn 88 you worry about that, you know? That is well. Tell the truth. If something becomes great, everyone is a parent, if it is a bomb it is your responsibility ”.