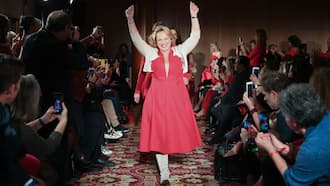 Ella Loudon is Daniel Craig’s daughter from his first marriage to Fiona Loudon. Bathed in an artistic universe from her early childhood, the young woman also converted to the cinema. She currently has several projects underway. But in addition to being an actress and a model, Ella Loudon is also a committed young woman. Check out his full biography.

Ella Loudon is the daughter of Daniel Craig and Fiona Loudon. This is Daniel Craig’s first wife. The two actors married in 1992, but their marriage only lasted two years. The couple divorced in 1994. Then, each went his own way. Daniel Craig continued as an actor and he became an international star, in particular because of his role in james bond 007. Fiona Loudon, meanwhile, turned to music and painting.

All about Isabelle Weill from Who wants to be my partner

Ella Loudon was born on November 20, 1992 in London, so she is 30 years old in 2022. The young woman spent her childhood in London. Then, at the age of 17, she entered a boarding school in Massachusetts. Diploma in hand, Ella Loudon turned to the theater to follow the voice of her parents. She enrolled in Manhattan University, New York University. But his time at university was only short-lived. She abandoned her studies after a year and devoted herself directly to the theater.

Today, the young woman lives between New York and Los Angeles. She plays on the board the pieces of Shakespeare and Company. Ella Loudon is also an actress. She notably appeared in the short film Maneater (2017) and in the movie Trauma Is a Time Machine (2018). But the year 2022 has been particularly productive for the young actress. She is notably featured in two movies in preproduction. 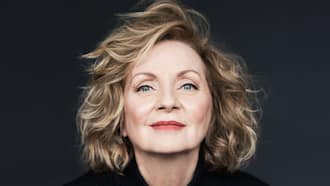 In parallel to her life as an artist, Ella Goudon is very interested in fashion. She is a model for Ford Models and Select Model London. She is also a committed young woman. On her Instagram page, we learn that she supports the foundation DVCCH Where The Domestic Violence Community Coalition of Hudson who fight against domestic violence.

The young woman often appears in her father’s arms on the red carpet during the promotion of the film black adam (2022). She renews the experience by presenting herself with Daniel Craig at the premiere of the film Glass Onion: a story at loggerheads (2022) to Royal Festival Hall in London. She has a good relationship with her father who passed on his passion for cinema to her.

The great career of Rosamund Pike: her films and her nominations

Fiona Loudon has a close relationship with her daughter Ella Loudon. Moreover, the latter does not forget to pay tribute to her mother in some of her publications on social networks. As is the case with this beautiful tribute, on the occasion of his mother’s birthday Fiona Loudon wrote : “She is the greatest artist of all and I am so grateful to have been raised by such a wonderful person”.

She also remembers the little anecdotes that shaped her personality. This is the case, when her mother had her wallet stolen, instead of feeling sorry for herself, she invented the book of gratitude. Ella Loudon was 6 years old at the time. It was also his mother who helped him express himself in song. The young actress ends her message with a beautiful statement: “I love you so much mum and I miss you a lot (she’s in the UK and I’m in the US). I’m a lucky bugger.”

Afida Turner: what is her personal fortune today?

Daniel Craig, no inheritance for his daughters

The James Bond actor has hinted in his interviews that he doesn’t intend to leave any legacy to his daughters, or at least, very little. Note that Daniel Craig has two daughters, the first is Ella Loudon. While the second was born in September 2018, from his relationship with actress Rachel Weisz, his current wife.

Even if the actor has a fortune estimated at 160 million dollars, he does not intend to leave it to his children. “Isn’t there a saying that if you die rich, you’ve failed? », Explainhe. He goes on to say: But I don’t want to leave large sums to the next generation. I think the legacy is quite repulsive. My philosophy is to get rid of it or give it away before you leave”.

Many celebrities have made this choice, as is the case withElton John who does not intend to bequeath all of his fortune to his children. According to him, the goal is for the children to learn for themselves the value of work and money. It is the same for Jackie Chan with his son Jaycee, he will bequeath nothing to her.

Film Uncharted: But why does Mark Wahlberg not have a mustache?
Mamma Mia! 2 on Netflix: why was Meryl Streep reluctant for this sequel? - CineSeries
Ben Affleck works against hunger and violence in Congo and explains why humanitarian aid is of no us...