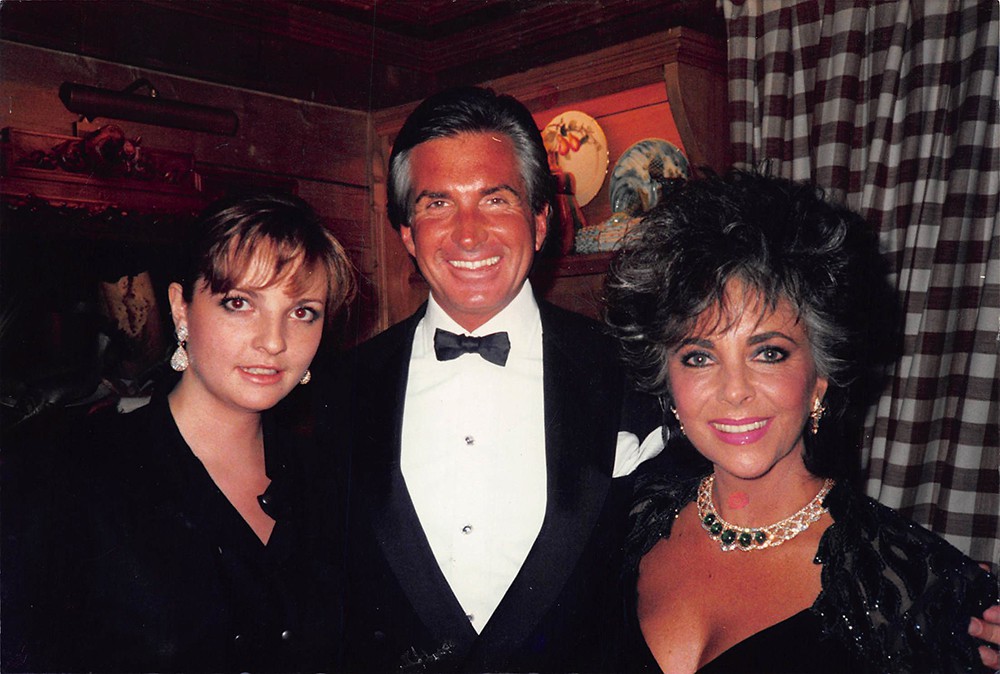 Yul Brynner’s daughter, luxury consultant and designer of Stage 117, remembers the day her godmother chose the jewelry she wore for her wedding.

When, in 1989, I left Paris for Los Angeles, I met my godmother Elizabeth Taylor there. She was an anchor for me in this new city, organizing big lunches every Sunday with her relatives. His children, his grandchildren, his best friends, including his physiotherapist and his hairdresser, José Eber, as well as personalities like Johnny Depp, Roddy McDowall, Carole Bayer Sager, Michael Jackson, Waldo Fernandez, etc. What mattered to her was not who you were, but the affection she had for you. She had strong and intimate friendships with all kinds of people. Sunday lunches were a haven of peace: a beautiful garden, poolside chats, kids running around and, every now and then, a surprise visit from Shirley MacLaine, Lauren Bacall, Herb Ritts or Gregory Peck, to name a few. I loved these moments and it was largely thanks to these lunches that I felt safe and surrounded in this new city.

In June 2002, I left Rick Owens’ studio in Hollywood with the wedding gift he gave me: my outfit for the evening. A beige long-sleeved T-shirt and a matching maxi skirt, which I was going to wear for cocktails on the beach, dinner and dancing in a tent pitched on the sands of Malibu. We had to party with friends and family. There remained the question of hairstyle, makeup, jewelry … Yes, jewelry! With this outfit, I really needed colorful jewelry. I rushed to 700 Nimes Road in Bel Air to ask my fairy godmother for advice.

I went up the stairs covered with a white carpet which led to his bathroom and his dressing room. It was his sanctuary. As soon as I put on the outfit, the magic kicked in. In front of her bathroom was a narrow, long vault, lined with a plethora of drawers – that’s where she kept all her jewelry. Over the years, we had often tried fittings for fun, and she loved taking out her trays of treasure one after the other. She loved to examine each piece, tell who had given it to her, where it came from, if she had bought it, explain how much she was attached to it and remember under what circumstances she had worn it. Jewelry was a real passion, not just an ornament, it was almost like friends whose company she enjoyed, they brought her great joy. She decorated herself thanks to them, and they were one of the common threads of her life, a chronology of her friendships and her loves.

She had a sure look, and she wasn’t rushing to give her verdict. She had thought long and hard about all the pieces she had me try out: once I had passed them, she would pull back and tilt her head to look at me, thoughtful. In this bathroom, covered with a sumptuous white carpet, I had spent hours, sitting on the floor next to the armchair where she settled down to put on makeup. It took time to prepare, sure, but that meant for me that we spent precious hours together chatting with broken sticks and exchanging confidences. She took her time with everything, no one could rush her.

As I stood there, barefoot in my beige outfit, she walked out of the vault with a magnificent necklace of large turquoise pearls, breathtakingly beautiful. She suggested I make a bun and went back to get a ring and bracelet – I was already wearing Bvlgari earrings that once belonged to Audrey Hepburn, a touch of emerald and sapphires with diamonds. She came out with a gold and turquoise bracelet signed Jean Schlumberger and a matching ring. Now she was satisfied. I felt loved and adorned wonderfully. I was the star!