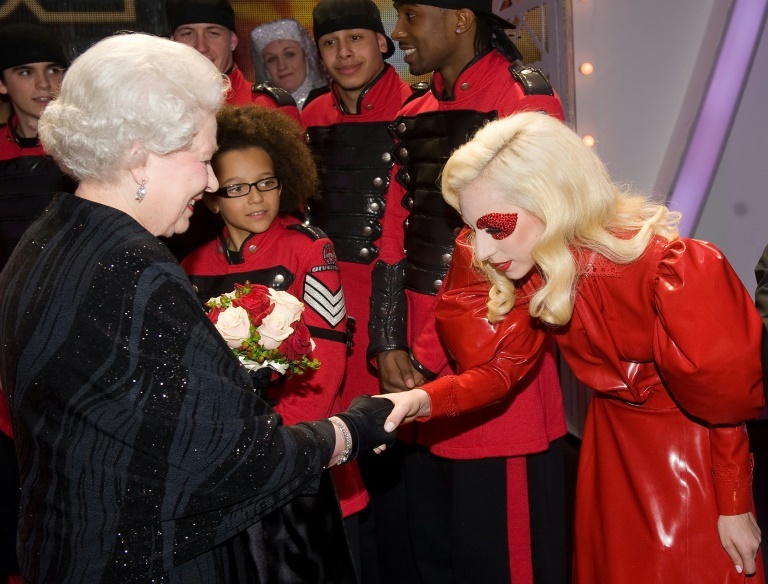 From US President Dwight Eisenhower to Lady Gaga, Queen Elizabeth II had met the main political and artistic figures of the past 70 years during her reign.

Since her accession to the throne in 1952, the Queen has met with every sitting US president except Lyndon Johnson. That is 12 presidents, from Dwight Eisenhower to Joe Biden.

During the Cold War, relations with the leaders of the Soviet bloc and its allies were rare. Nikita Kroutchtchev had the honors of Windsor in 1956. It was not until 1989, and perestroika, that his distant successor Mikhail Gorbachev was received there again.

The queen was, for her part, the first British monarch in history to set foot on Russian soil, invited by Boris Yeltsin in 1994.

From Mother Teresa to Malala Yousafzai, Elizabeth II hailed the commitment of many Nobel Peace Prize winners. She had a particularly warm relationship with Nelson Mandela, one of her rare guests to call her by her first name.

But she also received with honors representatives of the worst authoritarian regimes. Like the Zairian Mobutu Sese Seko, received on an official visit to London in 1973, or the Romanian President, Nicolas Ceaucescu, invited in 1978.

On June 27, 2012, in Belfast the sovereign exchanged a historic handshake with Martin McGuinness, veteran of the Irish Republican Army (IRA) who became number two in the Republican party Sinn Fein, who does not recognize the sovereignty of the queen over the ‘North Ireland.

The photo of their exchange, fourteen years after the peace agreements that ended the conflict between loyalists and separatists, has been around the world.

In her autobiography, Agatha Christie said that buying a car and having dinner with the Queen at Buckingham had been two of the most exciting moments of her life.

She remembered there “the kindness and the ease” of Elizabeth II “so small and slender, in a simple black velvet dress embellished with a magnificent jewel”.

From Michael Jackson, still a teenager in The Jackson Five, to Lady Gaga via Madonna, the queen has been introduced to the most popular pop stars, sometimes resulting in comical scenes.

In 2005, during a reception celebrating the British music industry, the sovereign asked Eric Clapton if “it’s been a long time that (he plays) the guitar. “It must be 45 years now”, replies the famous guitarist. , then 59 years old.

Elizabeth II even had the opportunity to cross paths with fictional characters. In 2012, she was escorted by the most famous of her secret agents, James Bond (played by Daniel Craig) for a sketch shot during the opening ceremony of the London Olympics.

In June, the Palace released a video of the Queen having tea with Paddinton Bear and beating the beat, ahead of the opening of the Jubilee concert.

Elizabeth II has also met several times with her fictional double, actress Helen Mirren, Oscar winner for having played her in “The Queen” (2006). The queen had ennobled her in 2003.

Elizabeth II: from Dwight Eisenhower to Lady Gaga, she had met them all