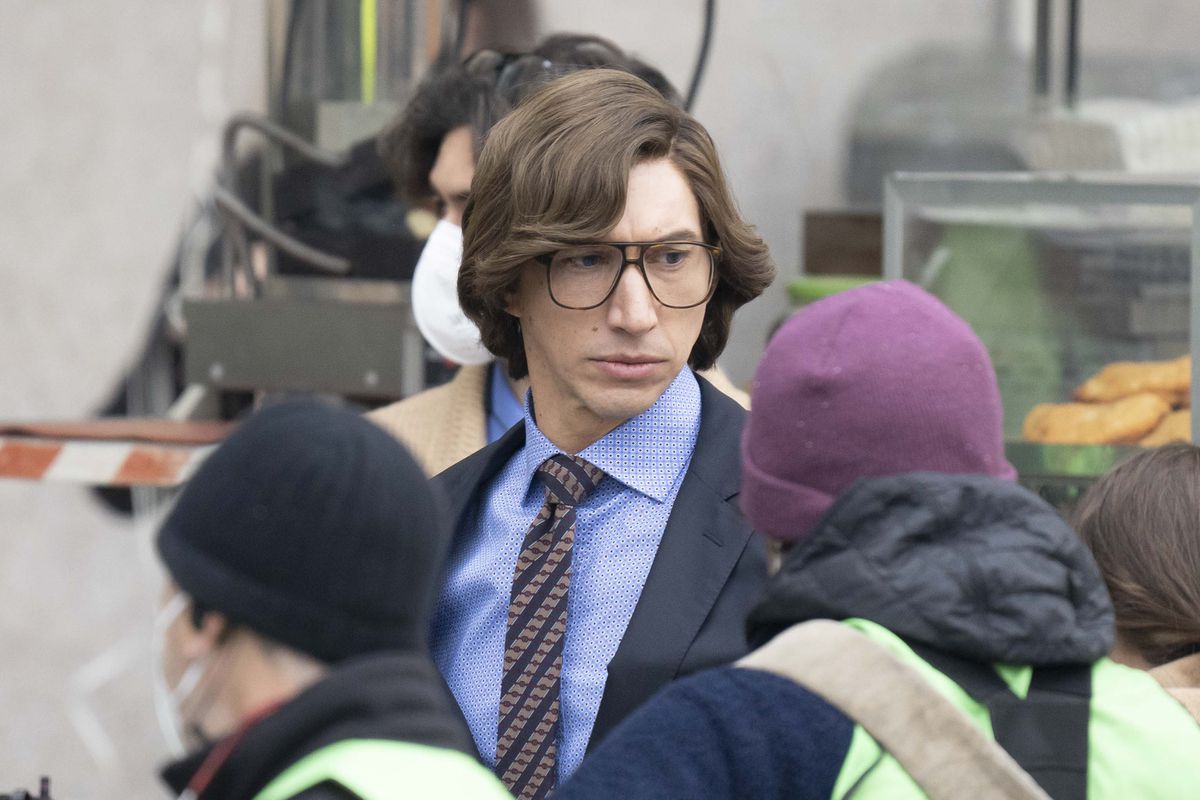 “How to get the hypnotically perfect hair of Adam Driver in The Gucci house?”, wondered the British edition of Esquire. “It’s a bit complicated, but it’s worth it,” he added later. The hairstyle of Maurizio Gucci, the protagonist of the film, is one of those that create trends and describe a man: from a shy teenager to a great businessman, the hairstyle is key to reflect the evolution of this tragic character (Gucci was murdered in 1995 by order of his ex-wife). Driver’s hair is a key dramatic element of the film. And it is the work of the Barcelona-born Alexis Continente.

While they wait for their turn to come or for the dye and highlights to settle, the regular clients of the salon Conti Hair in Barcelona’s Eixample, they don’t need to leaf through magazines to find out the secrets of the stars. They have Continente, owner of the salon, ready to answer any questions that may arise in relation to his other job, that of personal hairdresser for several big names in Hollywood. “The clients are very interested in this world, things like you could be shooting an interior in London and an exterior in Croatia,” he explains to ICON.

If this surprises you, you will find it even more shocking to learn that Adam Driver’s hair in the movie The Gucci house Ridley Scott’s, released in late November, wasn’t even his. Or not in its entirety. In fiction, the American actor wears a total of eight wigs sewn by hand, hair by hair and with natural hair, all made according to the exact measurements of his head that the Catalan compiled, as his hairdresser who has been for this film in the that also appear Lady Gaga, Al Pacino or an unrecognizable Jared Leto. In the case of Driver, between hair and makeup, they accumulated about three hours a day of work: “In the morning we could easily go about two hours, and when we finished shooting, between 45 minutes and an hour to remove everything. It was a very high level of characterization, “he explains.

It is not the first time that actor and hairdresser have worked together. They did it recently in The last duel, also by Ridley Scott, a director with whom Continente has forged a good relationship after participating in his film Exodus -There he designed Aaron Paul’s hair- and in All the money in the world. In addition, the second part of Oh Mama!, Murder on the Orient Express The Thor: the dark world, his first foray into film, for which he prepared the highlights for Chris Hemsworth. He has anecdotes, because he has seen everything, but in The Gucci house He has experienced things that according to him had never happened to him, and that the filming took place at the beginning of the year, from February to the end of May, in an already exceptional situation: when a large part of the population of Italy was confined or with time restrictions.

Leaving aside a few scenes in Milan and the Italian Alps, most were shot outside of Rome. “The security people in the movie did an exceptional job, because this was insane. There were drones and the paparazzi climbed onto the street lamps, ”he recalls. “We slept in the same hotel as Adam, he went out with his car and we with ours, and every morning that we got into the van we had the photographers with some flashes huge waiting at the door ”.

The Gucci house He had been generating excitement for a whole year and not only because of the Hollywood stars in his cast. Among fashion fans and professionals, the interest was in seeing how the turbulent past of a still-standing luxury brand was going to be portrayed, taking into account that the Gucci family is still alive – and was not exactly in favor of the film. – Or that the president of Kering – the conglomerate in command of the brand today – is the husband of Salma Hayek, who acts here, in addition to the fact that the media has already advanced that Ridley Scott would address the figure of Tom Ford as then creative director of the house. The designer gave his criticism on the Air Mail portal shortly after the premiere: “I laughed out loud, but was I supposed to laugh?”

A whole life through four hairstyles

At first, curiosity was not lacking in an argument in which, to add fuel to the fire, the life of Patrizia Reggiani (Lady Gaga) is emphasized to the maximum: she falls in love with Maurizio Gucci (Adam Driver), the two decide to get married, They dethrone the family from the company, he tires of her ambition, a divorce arrives and in 1995 she hires two hitmen to assassinate him. Patrizia, the real one, ended up in jail, left in 2016 and has lived in Milan since then. He has also spoken about the film: he did not think it was good that Gaga did not want to meet her or hear her version of events.

To prepare Maurizio’s hair, Continente had several video call meetings with Scott and Driver. The first moodboards They stuck to the person, the authentic Maurizio, then analyzed his most intimate part to reflect it visually, breaking down the character throughout the seventies, eighties and nineties. “He starts off as a kid who goes to college, he’s educated but a bit innocent, he’s never been with a woman, and even though he has the power to be someone (he’s a first-generation Gucci son and nephew), he prefers not to go into the company ”, explains Continente. “He only changed due to external pressures, in this case from his wife, who makes him who she wants him to be, a businessman.” That’s when the couple enters the brand and moves to New York; Maurizio goes to a short hair with the very marked side parting, businessman style, until the moment when the marriage falls apart.

“Let’s say the goat shoots into the bush. He meets another girl and begins to gain control over her life, ”he considers. Long hair also recovers it: “In some way, it goes back to its origins, not thinking about the business but about being happy, being calm and not bothering anyone. Because he was a sweet man, everyone said that about Maurizio Gucci when he was murdered ”. Scenes before that, he is seen with some gray hair – he died at the age of 45 – and some light highlights as a result of constant vacations on various islands where he sailed with his ship, the Creole, for which he even asked Gucci designers to They will make the new crew uniform for him, according to Tom Ford in his review, instead of letting them work on the next season’s collection.

Was Adam Driver happy with the job? “I imagine so, because now I have just done another project with him and (director) Noah Baumbach, and most likely in 2022 he will be his personal hairdresser again.” Apart from this data, it is very possible that Alexis Continente has also shared with his Conti Hair clients the opinion that the actor deserves: “He is no longer just my boss, we are getting to know each other as people, there is beginning to be a relationship beyond from work. I value it very much and I hope that, for his part, Adam does too ”.

Eight wigs and three hours a day of characterization: speaking with the man from Barcelona who created Adam Driver’s crucial hairstyle in ‘La casa Gucci’