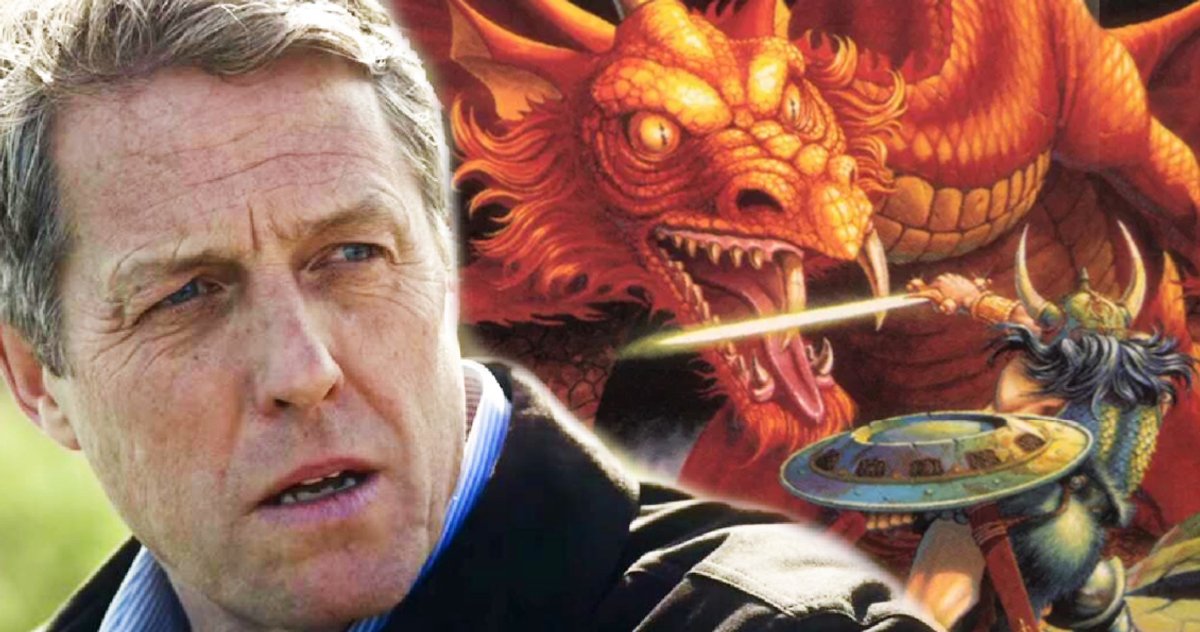 In what has been a great week for stars to first look at the sets of their upcoming movies and series, ”Hugh Grant joined Harrison Ford, Halle Bailey and Ewan McGregor to give fans a first glimpse of his upcoming role in the new adaptation of Dungeons & Dragons. The BAFTA winner, 60, plays the villain of the fantasy reboot, currently set for release in 2023, and was pictured on the set of Wells Cathedral in Somerset, England on Friday. While a number of images set other Donjons & Dragons on-going filming in the North East of England provided unknown characters practicing their sword skills, this time it was Grant’s turn in the spotlight in what appeared to be a full costume.

In the series of photos, Hugh Grant is seen wearing a white shirt, a purple and gold waistcoat with a purple scarf. As British as the actor is, we can assure you that this is not his everyday outfit, which suggests that we are entitled to the first glimpse of his character’s appearance in the film. Appearing to be in serious mode, Grant was in footage walking outside the cathedral and heading inside, where filming is slated to take place in the next few days. In addition to the actor, an actress was also pictured, again wearing a period style gown with a gold headpiece that appeared not to be out of place. The Tudors.

Dungeons & Dragons also stars Chris Pine, Michelle Rodriguez, Justice Smith and Rege-Jean Page fresh off their Netflix hit Bridgerton. Rodriguez was also seen around Wells Cathedral, wearing a long robe and brown pants with long boots in the shots seen below, with production going on for some time still, it is likely that we will see more of them in the near future. . So far, these are some of the clearest and most detailed set photos we’ve seen of the current batch of big movies and series with booming productions.

While this latest attempt to bring the popular tabletop game to the big screen – since the last effort in 2000 and its direct-to-DVD sequels failed to impress – has long been in the works, it has been held up by several battles. After such a battle between Hasbro and Sweetpea Entertainment, who were supposed to make the film at the time, production moved to Paramount instead. Chris McKay was originally intended to direct, but when he left the film Jonathan Goldstein and John Francis Daley took over as director.

Despite the failure of the 2000 film, hopes are high that this time around, the game franchise can successfully break the film market. While no plot details are currently available other than the film based at least on the lore of the long-running game series, the talented project team, we can only wait and see if these versions of Donjons & Dragons has wings when it arrives in 2023. This news comes to us from the Daily Mail.