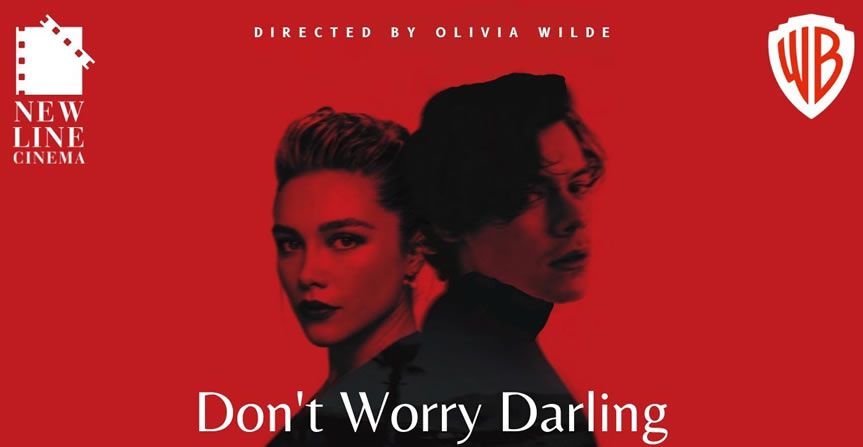 the successful singer Harry Styles He has also been making an interesting career in fiction cinema after making his debut in 2017 with Christopher Nolan’s war film “Dunkirk”. Then would come his participation in the Marvel blockbuster “Eternals” and this year two more are expected where he is for the first time, in both, the protagonist.

Don’t Worry Darling is the new film as director of the also actress Olivia Wilde, a psychological thriller where the singer shares the spotlight with Florence Pugh and where Wilde has also booked a role, so expectations for this premiere continue to rise.

Pugh and Styles play a couple, the Chamberses, who live in the 1950s town of Victory, a seemingly idyllic setting created by the company Jack works for. Alice’s growing curiosity about the secret project her husband is working on causes her to start investigating, creating tensions between the couple, as well as several cracks in her life.

Wilde moves this coming-of-age story (with “Booksmart,” winner of the Independent Spirit Award for Best First Feature) into the complex genre of the psychological thriller, reworking the screenplay with his partner Katie Silberman, adapting an original story by brothers Shane and Carey Van Dyke, who was part of the abandoned scripts on the 2019 Black List. After “Booksmart”, the studios have been interested in signing Wilde. For this film, for example, it has been said that more than 15 studios were behind it and it is already working with Universal Pictures on the Spider-Woman film.

“Don’t Worry Darling” was shot in late 2020 and early 2021 and will be distributed by Warner Bros. Pictures, so the film will be coming to the HBO Max 45 platform after its theatrical release. The cast is completed by, among others, Chris Pine, Timothy Simon and Dita Von Teese. The feature film will hit theaters in the United States on September 23.

Styles in My Policeman

The other film that Harry is releasing this year is “My Policeman”, a Prime Video production that will hit limited theaters before being released on its platform worldwide from November 4. This story is based on the novel by Bethan Roberts (read more details of this production), which just this week presented the first images.

Don’t Worry Darling by Olivia Wilde, the other film starring Harry Styles in this 2022