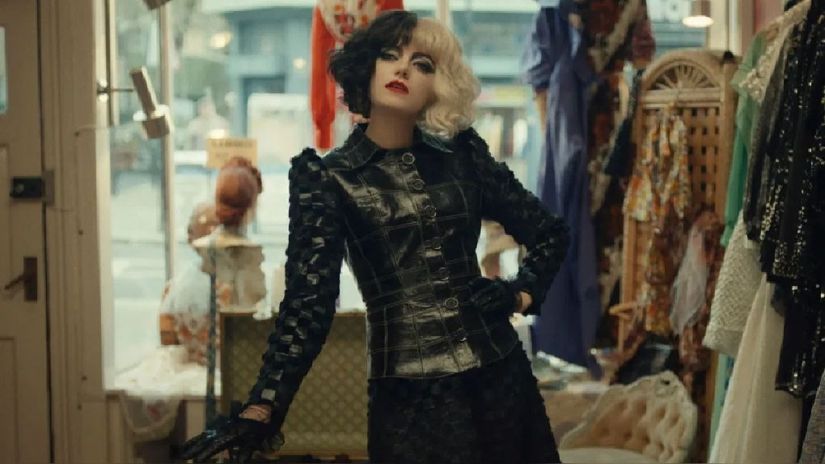 “CruellaIt was not just extensive work for its cast and director, but for the mind behind every outrageous outfit you see on screen. British designer Jenny beavan, winner of the Oscar for her work “A Room with a View” and “Mad Max: Fury Road”, was in charge of dressing Emma Stone and Emma Thompson for the new film of Disney +.

In the return of the villain of the “101 Dalmatians” to the cinema, the director Craig Gillespie chose the ozcarizada Jenny beavan to capture an original vision in the outfits that denote the time (the 70s) and the taste for fashion that characterizes both the protagonist and her mother, Baroness von Hellman.

According to the Oscar-winning designer, she worked on 47 costume changes for Emma Stone, and at 33, for Emma thompson in the filming of “Cruella”. This is your biggest project to date, how did you come up with this astonishing amount of a film by Disney focused on a bygone era?

“I lived in the ’70s, so I remember a lot of the feelings and the looks, and where we got our clothes from: Portobello and the vintage markets and stuff,” he said. Jenny beavan in conversation with Variety and he detailed a bit of this process: “I discovered that, if I exaggerated the excesses of the 70s, it began to look more like a costume than clothes.

Jenny beavan said that some dresses in “Cruella”They resorted to the manual work of many people in the production. “I think at one point I saw 12 people sitting around the table, students and trainees, sewing petals by hand,” he adds about the impressive outfit he wore. Emma Stone in a scene of the film.

Despite this, the Oscar winner admitted at a press conference that “CruellaIt hadn’t been the biggest challenge in his career. He still considers that the costume design for “Mad Max: Fury Road” was the most complex to achieve because it was a post-apocalyptic film, where the costumes included more materials.

About the movie “Cruella“

“Cruella“Is the new live-action from Disney that it will not continue the line of its predecessors in the cinema, since it proposes to place the protagonist in a completely unknown context for the public. In the 70s, a young Estella de Vil sets out to promote her own name with original fashion designs… although her difficult past leads her to be corrupted by a malicious ambition.

In an era of the punk rock revolution, a smart woman – and with a history of robberies – known as Cruella de Vil (Emma Stone) seeks to break into the world of glamor in London. Your good taste and creativity for fashion will catch the eye of Baroness Von Hellman (Emma thompson), but their professional relationship will take a vengeance course.

Clorina Matto de Turner wrote 3 novels and “Aves sin nido” is the first indigenous novel in Latin America. He denounces the injustice of the landowners and the exploitation of the peasants.