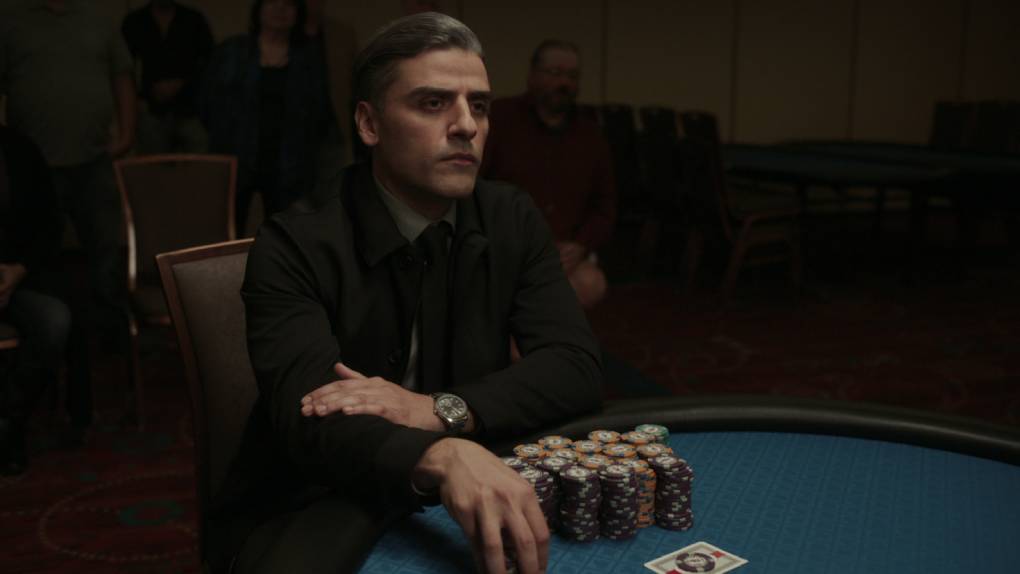 The magnetism of Oscar Isaac in “The Card Counter”, the anguishes of Rebecca Hall in “The Prey of a shadow” and the new number of Laure Calamy in “A woman of the world”: return on the films of Monday, September 6 in Deauville.

After a crazy weekend, the pace calmed down a bit at the 47th Deauville American Film Festival. But the quality is still there, with three feature films already having a theatrical release date, which is not always the case in the selection.

Among the discoveries of the day, we also find a candidate for the competition, a “Premiere” and a French film carried by the latest winner of the César for Best Actress. We debrief!

Black is black, there is little hope in The Card Counter. It is even the despair that predominates, even in the voice-over of the character embodied by a magnetic Oscar Isaac. And cold, like the atmosphere of Paul Schrader’s new film, which however manages to capture us. Like its anti-hero, the feature film does not reveal all of its cards immediately, and the narrative can sometimes seem difficult to access. Especially when we compare the result to the synopsis, which highlights a story of revenge that is ultimately secondary.

With his new film as director, the screenwriter of Taxi Driver signs a thriller of great darkness (produced by Martin Scorsese) but manages to arouse emotion at the end. And link his story to the history of the United States in the 21st century. Not without offering us some dazzling staging. And the good news is that the feature will hit our theaters on December 1st.

The Prey of a Shadow by David Bruckner (Competition)

Thrills and excitement in Competition! Directed by David Bruckner, The Prey of a Shadow takes us alongside Beth (Rebecca Hall) in this large isolated house that she has lived alone since the sudden death of her husband. While a presence disturbs her nights, she finds herself confronted with the secrets of her husband and with some disturbing discoveries. Unless all of this is playing out in his head.

Because the feature film, expected on September 15 in our theaters, knows how to take us by the guts and feelings. Without abusing “jump scares” nor forget the feelings, in what presents itself as a horrific drama crossed by pretty ideas of direction when it comes to filming the house as a threat, and which takes care to remain open to various interpretations.

We can never sing enough the praises of Laure Calamy, and it is not with Une femme du monde that that will change. A year after Antoinette in the Cévennes, which earned her a César for Best Actress, she is once again headlining the first feature film by Cécile Ducrocq, showrunneuse in the L’Opéra series, which is currently debuting on OCS. In front of her camera, the actress plays a prostitute who decides to help her son finance his studies through his work.

A work that she does not really hide, which allows the feature film to stand out from those who tackle the subject of prostitution. And this one also speaks of the gaze (in his way of filming bodies, of showing how his heroine and his profession are seen), which at times brings him closer to Pleasure. But less controlled. Blame it on a story that sometimes grafts too many subjects into its story and contains a few big strings. Its main character, nuanced, and the energy of its interpreter are nevertheless worth the detour.