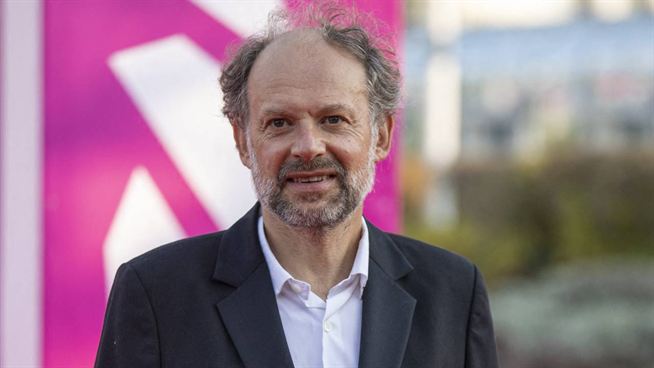 Member of the jury including his brother Bruno last year, Denis Podalydès talks about his tastes for the western and actors such as Al Pacino, Robert De Niro and Marlon Brando at the Deauville American Film Festival.

A year after his brother Bruno, who presented his new film Les 2 Alfred at the same time, it is up to Denis Podalydès to be part of the jury of the Deauville American Film Festival. And this big fan of western and Al Pacino told us about his tastes in the matter.

AlloCiné: On the opening red carpet, you said you wanted to be “the candid” of the jury. What did you mean by that?
Denis Podalydes : That I wasn’t used to festivals. To be on a jury. It has happened to me very few times: in Angoulême once, and at the Meudon short film festival in the 90s.

Is there something you pay attention to when watching a movie? Acting or staging, for example?
A little bit of everything. It’s a bundle of things. If they resonate well, pick me up and take me away. Or if the film is too predictable, some parts lack life, I don’t understand why we’re doing this and where it’s going.

It’s not that I want everything explained to me, but I want to feel a soul, a spirit that animates the film and that gives it its energy according to the rules that it has given itself. I need to identify the rules a bit – we just saw a western [The Last Son, ndlr] for example. But it actually takes a while, and I don’t necessarily trust my first impressions.

This is why I am very interested in speaking with others because I have a whole period of hesitation between seeing the film and the judgment that I form. And that doesn’t mean that I’m going to switch from “I like” to “I don’t like”, or vice versa. I will always try to qualify my judgment. The fact that I like or dislike, in and of itself, doesn’t have much of an impact. I wish I could convince someone to see him, and that would mean that I love him.

I want to feel a soul, a spirit which animates the film and which gives it its energy according to the rules which it has given itself.

As a viewer, is there one genre of American cinema that appeals to you more than others?
I love westerns. I always liked it. But all the classic genres of American cinema appeal to me a lot, like thrillers. Every time I identify the genre of a film, it makes me happy. Especially if I haven’t seen one in this category for a long time. I have no a priori on American cinema.

But I’m not completely fascinated either, I’m not at all unfriendly. There are really films and films. And then me, there is a plan, whether a film is American, French or Thai, it is cinema. Regardless of nationality.

Do you remember the first American movie you saw? Or the first one that would have marked you?
I saw westerns very, very early on. When I was a child, it happened every Sunday afternoon when we were with my paternal grandparents. I saw John Fords, John Hustons, Howard Hawks very early on. And one of the first westerns that really marked me was My Darling Clementine [La Poursuite infernale en VF, ndlr]. I was also very marked by The Prisoner of the Desert.

I was very, very attentive to the western. And I played there too. It’s less neat in toy stores today, less visible, but all the kids were playing cowboys and Indians. We had belts with the colts, the hats and even the cartridge belts, the little waistcoat… It wasn’t just Lucky Luke. With my brother we played it very seriously. So when I see a western, I have a very natural childlike vision. I identify a little with the actors, I want to act.

To be there, to slowly dismount. And I have all the clichés: the horses that do not tie up, the horse that gallops very quickly – when it is not easy to put a horse at a gallop – the small central street of the small town , the people who lock themselves behind the shutters, the two killers. And [The Last Son] revisits some classics of the Western finale, where the two heroes come face to face. So here it is, it’s very related to childhood the western. And maybe American cinema for that matter.

Is there an American director that you like more than the others?
I will quote John Ford of course. John Ford and Coppola. Then there are Hawks and great directors that I adore: Frank Capra, Ernst Lubitsch, Robert Aldrich. Otto Preminger too. There are many. But now, as I have seen The Godfather a lot, I have Coppola in mind a lot. And John Ford, who for me is a bit like Jean Renoir.

I don’t know why I have this in mind, but I put them a little on the same level, that of very humanistic directors. Telling the lives of men and women on a level where each has their reasons and their humanity. And every wicked one is as worthy to live, after all, as the best. He manages to infuse humanity, generosity into every figure. There is not a character who appears on the screen who is not of a deep humanity. They have this ability to unite looks. We all have points of identification.

And Rio Bravo is one of the greatest westerns I’ve ever seen. With the song there. It’s very related to my brother who loved these films, watched them a few times before me and told me which were the big ones. So I saw them again through his eyes.

Is there an actor or actress that you like more than the others?
I was formed, I would say, by Pacino, De Niro, Brando. They completely accompanied my youth, my training as an actor. They captivated my eyes. Every time I see The Godfather I look at Pacino with boundless admiration. From them, there are many other actors like Robert Duvall and actors of the Godfather precisely.

I was also seeing footage of Steve McQueen yesterday. I have the impression that these actors are made of a different material than me. They have traits that inhabit the screen in such a strong way. I don’t know of an equivalent. And this way of printing the screen. Everything is magnetic. The look of Al Pacino in The Godfather in particular. When these actors start to think, we think with them. We get into their heads.

I think of Meryl Streep too. To Christopher Walken, whom I loved in Michael Cimino’s Journey to Hell. Actors like John Cazale too. Johnny Depp who was there on Sunday. I love it, with its fragility. He has an extraordinary range of play, he has made great classics. I love it. DiCaprio too. Brad Pitt. There is an extraordinary breeding ground.

What was your last American crush?
I saw Annette with great pleasure. I don’t know if it’s a fantastic crush, but I really enjoyed seeing it. But one of the big crushes I have had in recent years is Noah Baumbach. I love. And it was in one of his films that I discovered Adam Driver: While We’re Young. I loved this film. It goes back a bit but Noah Baumbach is really a passion.

Interview by Maximilien Pierrette in Deauville on September 6, 2021