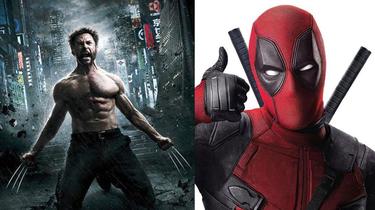 In an interview with the American site Collider, Ryan Reynolds spoke about the presence of Hugh Jackman in the credits of “Deadpool 3”, in which he will exceptionally take over the role of Wolverine.

The enthusiasm is palpable. In an interview with the American site Collider, Ryan Reynolds could not hide his joy at being able to count on the presence of Hugh Jackman in the casting of “Deadpool 3”. The Australian actor will exceptionally resume the role of Wolverine, which he had not embodied since the film “Logan”, released in 2017, and which came to put an end to the narrative arc of his character. Which was not without complications in order to bring him back to the screen, this time within the MCU, the Marvel Cinematic Universe piloted by Kevin Feige, the big boss of Marvel Studios.

“I always wanted Hugh Jackman to take over the role. My first interview with Kevin Feige after Disney bought Fox (…) was to talk about making a movie with the two of us, Dead Pool and Wolverine. But that was not possible at the time. Then Hugh called me at an absolutely perfect time, saying he was interested in taking over the role one last time. (…) After that, it was my duty to go see Kevin Feige to sell him this idea again”, explains Ryan Reynolds, before specifying the difficulties encountered to make this meeting possible.

“Adding Hugh Jackman to the credits is not complicated in itself. It is an immediate and unconditional yes. But there’s a lot of things moving between Fox and X-Men, and everything Marvel is trying to accommodate. It took a lot of preparation to make this possible. But they did. And I’m delighted because working with Hugh Jackman is a dream come true. But finally having Logan and Wade (Wolverine and Deadpool, editor’s note) together in a movie is beyond the wildest dreams I could have had. So I’m excited about the idea of ​​making this film,” continues the actor.

It should be noted in passing that this is not the first time that Ryan Reynolds, in the skin of Deadpool, will cross paths with Hugh Jackman in Wolverine, since the two characters had quickly clashed in 2009 in “X-Men Origins : Wolverine”. The artistic choices of the time had also enraged the fans, so much so that, in “Deadpool 2”, the new version of the hero travels in time to kill the old one. The third part of “Deadpool” is expected in theaters on November 6, 2024 in France.

Deadpool 3: Ryan Reynolds expresses his joy to find Hugh Jackman in the cast

'The Rat Pack', the group of mafia actors led by Frank Sinatra
Why didn't Tom Hanks want to film the banking scenes in "Forrest Gump"?
Belarus: John Wayne was not the wrong enemy