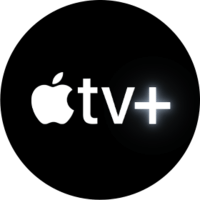 With SEE’s second season underway on Apple TV +, its promotion is in full swing. Part of it saw new recruit Dave Bautista talking about the show and his relationship with co-star and on-screen brother Jason Momoa.

Speaking with Variety, Bautista opened up about how he and Momoa “just freeze”, although the pair are very different in some ways – in particular, Bautista is the silent type while Momoa is anything but.

“I’ve wanted to work with Momoa for years,” Bautista told Variety. “We’re really just freezing. It’s strange. We are so similar in some ways, but our personalities, our energies are just extreme opposites. He’s a very energetic person, very outgoing, and I’m just an introverted person, a very low energy person. ”

Momoa plays Baba Voss in the series with Bautista as Edo Voss, his brother. Their relationship is complicated to say the least, but Bautista thinks it’s not necessarily her character’s fault. Blame it on the environment, he said.

Bautista also goes into great detail about the role of a blind man onscreen and the work that has been done to make sure he falls well. You can read the entire article on Variety for the ins and outs, including Bautista’s hopes that SEE won’t be his last recurring role.

If you want to enjoy SEE in style, be sure to check out our list of the best Apple TV deals on the market today.

100% exclusive content for the price of a cup of coffee.

With TV +, you can watch big-budget TV shows well produced by famous directors and featuring award-winning actors and actresses on all your Apple devices and with up to six members of your Family Sharing group.

We can earn a commission for purchases using our links. Learn more. 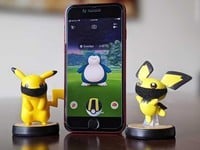 Will you be the best?

Niantic takes a step to make things right, but it’s not enough

Niantic faced a major backlash from the Pokémon Go community, but took the first step towards improving that relationship. While there is still a lot of work to do at Niantic, I remain cautiously optimistic that we are moving in the right direction.