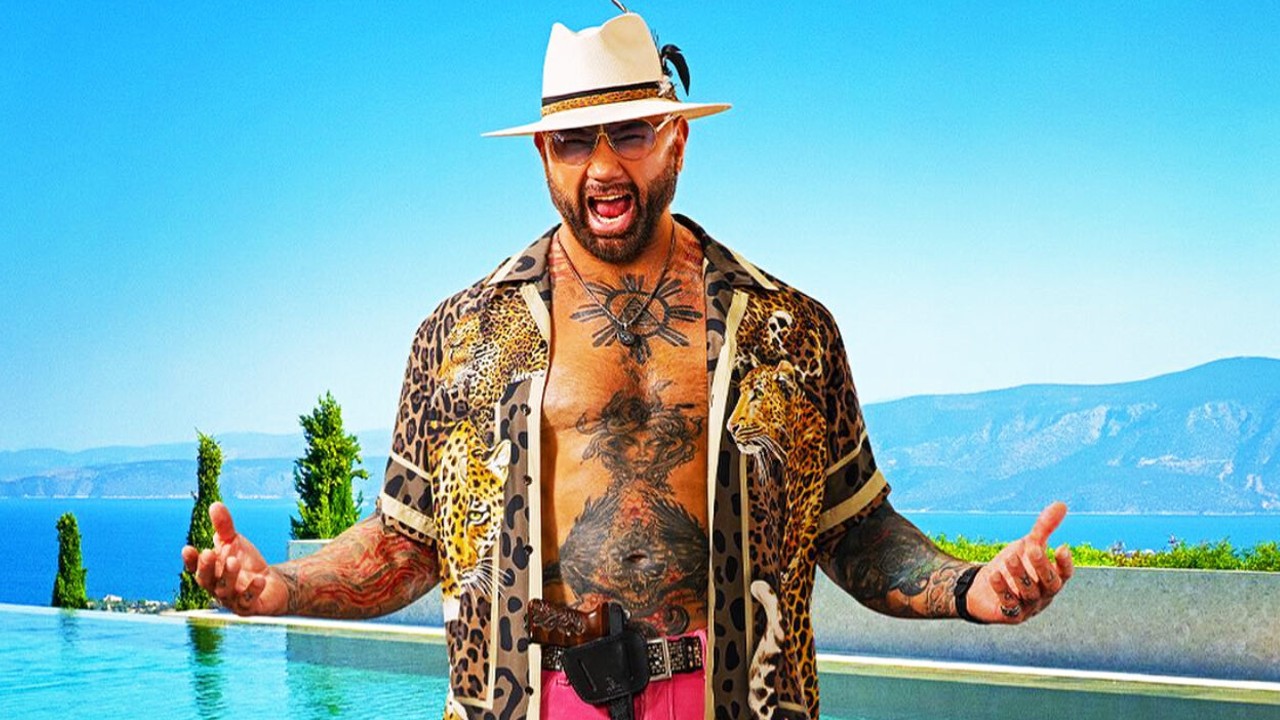 The actor Dave Bautista is very popular, both for appearing in movies and for his character Batista in the wrestling company WWE, here we bring you some of the LGBT+ projects where he has been.

dave bautista has captivated the audience in the different roles in which he has dabbled as actor and this includes several LGBT+ themed movies. In the following list we include tapes that have main characters belonging to the population of sexual diversity, even if they have not been interpreted by Bautista.

Bautista is an American performer who He was born in Washington on January 18, 1969.. He started his film career since 2006 and it seems that his success will continue, since he has several projects on the horizon. Some of his most memorable appearances have been in Blade Runner 2049 (Denis Villeneuve, 2017), Dune (Denis Villeneuve, 2021) and Army of the Dead (Zack Snyder, 2021).

Glass Onion It was one of the great successes of Netflix in 2022 and Dave Bautista was one of the stars that shone the brightest in it. This mystery-comedy movie has gained several fans around the world and is largely due to one of the LGBT+ characters that appears.

The actor Daniel Craig returned with the role of detective Benoit Blanc. This is a man queer according to the creator of the story, we had already seen it in Knives Out (2019). This announced by Rian Johnson at a London Film Festival press conference where he was asked if the researcher white is queer. His response was direct:

And although we have been able to see very little of his identity queerin Glass Onion we already observed a wink of it. This happens in a scene where Blanc’s roommate opens the door of his apartment. Also, the best part was that roomie by Benoit Blanc is played by Hugh Grant. SEE WHAT IS THE REASON WHY DANIEL CRAIG VISITS GAY BARS.

In this film, Dave Bautista had the character Duke Cody, a man who was dedicated to making streams video game. Next, we leave you the trailer of this tape that is available on Netflix this 2023.

Dave Bautista is one of the protagonists of the horror film Knock at the Cabin, which has a gay couple as main characters. In it cast names like Jonathan Groff, Ben Aldridge and Kristen Cui.

Will be distributed for Universal Pictures forks produced for the company Blinding Edge Pictures. So far it is known that the plot will have apocalyptic touches and will present invasions to the houses of the protagonists. The story is based on the novel The Cabin at the End of the World of Paul G Tremblay.

Knock at the Cabin opens on February 2, 2023 in theaters in Mexico. Here we leave you the trailer so you can see what Dave looks like in it. CHECK OUT OTHER DETAILS OF THIS HORROR FEATURE FILM THAT WILL BE PRESENTED BY A HOMO-PARENTAL FAMILY.

The cinematic universe of Marvel has shown great openness to LGBT+ issues, since several characters from his comics are part of this population. In the comics, the same Star-Lordmember of the Guardians of the Galaxyis bisexual Y polyamorous. MEET MARVEL’S LGBT+ CHARACTERS.

As if that were not enough, this Christmas party special allowed us to see Dave Bautista once again in his character, Drax. Baptist appeared in a scene where he enters along with some of his fellow heroes to a gay bar called Yarvo’s. This special available on Disney+then we leave you the trailer.

Which of the previous LGBT+ movies featuring Dave Bautista is your favourite?

With information from Deadline, Wikipedia Y them

Dave Bautista and the actor’s relationship with LGBT+ cinema