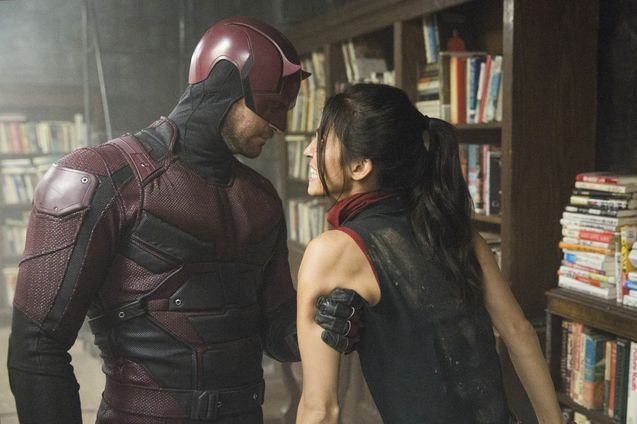 Charlie Cox, who plays superhero Daredevil in the Marvel series, explains why he’s not a fan of the 2003 film starring Ben Affleck.

old series Netflix-Marvel (not to be confused with Hulu, ABC or Disney+ series), Daredevil was created by Drew Goddard and broadcast from 2015 on the platform. It features Matt Murdock, aka Daredevil, a blind superhero who, since an accident at the age of nine, has been able to develop his other senses and become a real human radar capable of feeling movements without seeing them. The shadow vigilante is interpreted by charlie cox in the series.

A version that received many positive reviews throughout its three seasons and of which Marvel was obviously aware, deciding to integrate the character into the MCU thanks to Spider-Man: No Way Home. However, the version worn by Charlie Cox was not the first of the superhero who had the right to his own film. Daredevil directed by Mark Steven Johnson (Ghost Rider) in 2003 with Ben Affleck in the leading role.

“My costume is the best ok?”

Very little appreciated by fans of the genre, the film is remembered as one of the worst Marvel films in history (long before the birth of the MCU). And apparently, it’s certainly not the film that made Charlie Cox want to play the superhero. Indeed, the actor spoke about the film with Ben Affleck during the Abu Dhabi Comic-Con which was held from March 4 to 6, 2022, and it is clear that his opinion does not leave room. in doubt:

“I watched it once [le film] and then I wanted to get away from it and do my own thing. I hadn’t seen him before I got the part. I watched it afterwards. Affleck is a very good Matt Murdock. I like his interpretation. I don’t like the movie. I feel like the movie tried to do too much and its tone was a bit muddled. There was everyone in this film—there was the Kingpin, the Shooter, Elektra, Karen Page, Foggy. It was too much, and it only lasts two hours. That was part of the problem. And the costume sucks!”

In addition to making a small tackle on the costume of the hero, the actor of the series has therefore pointed out one of the major problems of the film: its duration. Indeed, the film was much too short to introduce so many characters and as a certain Justice League (with the same Ben Affleck), Daredevil also had a director’s cut version. A version which, however, has never been broadcast on television (unlike, on the other hand, the famous Snyder Cut).

Will Charlie Cox’s version suffer the same fate in the years to come? Probably not and so much the better. Because if the Netflix series was a nice surprise (at least its first season, let’s say), we hope that the return of the blind superhero thanks to the MCU will allow him to be in better shape than ever with new allies or old enemies. , starting with the famous Caïd.