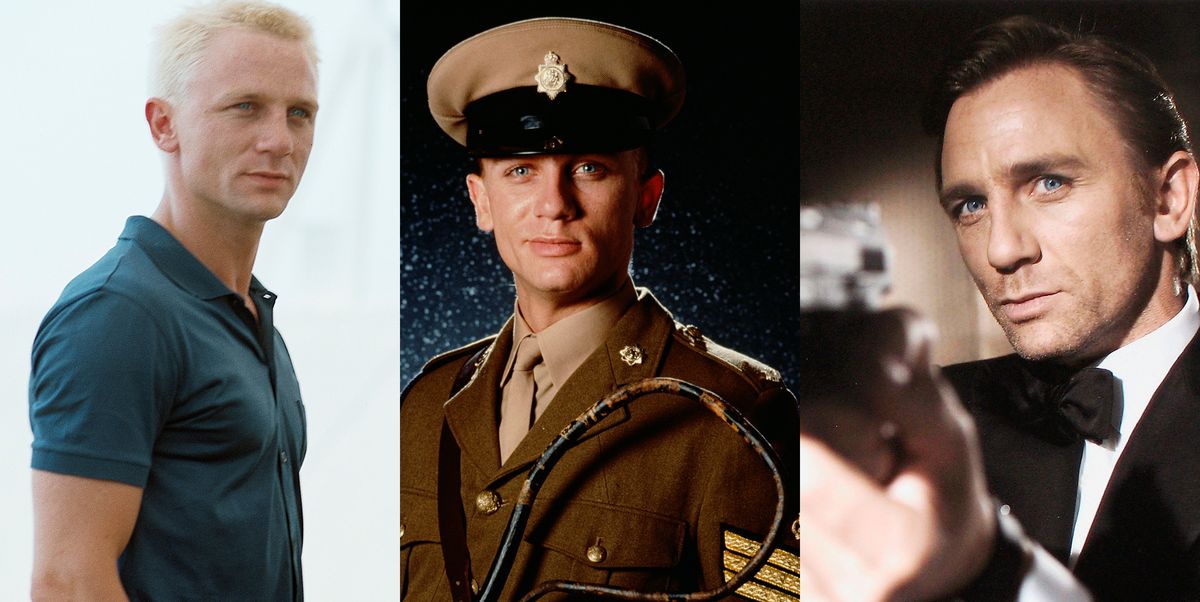 After the premiere of ‘No time to die’, the last James Bond film in which Daniel Craig will play the legendary 007, rumors have been triggered about who will be his replacement. Candidates are not lacking, from Idris Elba to Riz Ahmed, through Henry Cavill or Cillian Murphy. Even at one point there was talk that the new Bond could be a woman, something that the producer of the saga, Barbara Broccoli, nipped in the bud when she declared on television that “I always feel that Bond is a male character, that is simply a done ”, which killed all kinds of speculation.

Bond’s change of performer has always been the subject of controversy, it’s another tradition of the film series, as are sports cars and shaken, not stirred martinis. When it emerged in 2005 that Daniel Craig was going to play the famous agent for five films, fans exploded with rage. They were used to men like Sean Connery or Pierce Brosnan and they found Craig “too blond” and “too old”.

Many experts were also surprised that an actor as serious and almost academic as Craig indulged in a role “too commercial” and in part, their fear had some basis.

Craig is one of those English actors who were born to act. Born in 1968 in Chester, England, when he was 16 years old he moved to London to join the National Youth Theater, a very prestigious institution where some of the best actors in the country have passed such as Daniel Day-Lewis, Timothy Dalton (who also played Bond), Idris Elba, Colin Firth, Derek Jacobi, Ben Kingsley, Helen Mirren or Kate Winslet. At the same time, he also began his studies at one of the most prestigious acting schools in the world, the Guildhall School of Music and Drama.

After graduating, Craig made his film debut with ‘The Force of One’ (1992), a drama that took place in the South Africa of the 50s, but the role that really brought him to fame in his country was the one he played in the BBC television series, ‘Our friends in the north’ (1996), which followed the lives of various characters between 1964 and 1995. The production received unbeatable reviews and won numerous awards, consolidating Daniel Craig’s career and increasing his prestige like actor.

Subsequently, the actor made several works in the cinema, including ‘Love is the Devil: Study for a portrait of Francis Bacon’ (1998), a film in which he played the lover of the painter Francis Bacon, George Dyer.

With the turn of the century, Craig began to flirt with more commercial cinema by appearing in the film version of the video game ‘Tomb Raider’ (2001) alongside Angelina Jolie. The film is a total critical failure, but an absolute box office success, still being the adaptation of a video game that has managed to raise the most money in history.

At the premiere of ‘Tomb Raider’

Only a year later, we can see a much more mature Daniel Craig in ‘Road to Perdition’ (2002), in which he shared the screen with Tom Hanks. Craig’s performance nearly dwarfs that of Hanks himself, who was the lead in the film.

This tendency to maturity is confirmed by films such as ‘Sylvia’ (2003), ‘Organized crime’ (2004) or ‘Munich’ (2005) by Steven Spielberg. But that’s when he gets his big opportunity, to play James Bond, Agent 007 in the service of Her Majesty. And despite all the controversy that surrounds him, he accepts the role fully convinced that it is going to be something very good for him and his career. “When I agreed to play Bond, I did so in the awareness that it was life changing for me. I knew that everything was going to change. I have never made films for money, but because I wanted to make them “, he told the magazine Interview.

From there, the success was massive. With ‘Casino Royale’ (2006), two records were broken for the collection of a film by Agent 007, with a box office of more than 600 million dollars. Craig managed to revitalize a saga that was not having its best moment.

After filming a more modest ‘Quantum of solace’ (2008), success returned with ‘Skyfall’ (2012), in which he appeared alongside actors such as Javier Bardem, Ralph Fiennes or Judi Dench, and which grossed more than 1,100 million Dollars. It is at this time that he appeared at the 2012 London Olympics, accompanying Queen Elizabeth II herself to the opening ceremony box.

The next installment, ‘Specter’, was also a great success that preceded a long hiatus in the saga, due to various reasons, among which the birth of the actor’s daughter weighed heavily.

Between shot and shot

Despite his enormous success with Bond, Daniel Craig did not stay at home between deliveries of Her Majesty’s Agent, he continued to advance in his career playing roles very different from that of the spy in both film and theater.

Among these works include his performance in ‘Invasión’ (2007), along with Nicole Kidman, ‘Millennium: men who did not love women’ (2011), ‘Daggers from the back’ (2019) in which he plays a detective in charge of solving the murder of a millionaire in a free interpretation of Cluedo, and perhaps his most curious and most unknown role, that of Stormtrooper JB-007 in ‘Star Wars: Episode VII – The Force Awakens’ (2015) , a cameo for which he does not appear in the credits and that you can see below: