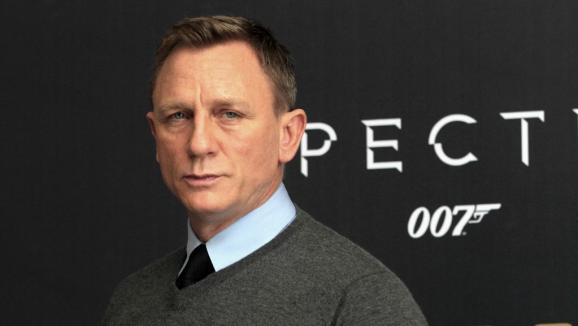 You can be exhausted from being a hero. This is what Daniel Craig, the interpreter on the big screen of James Bond, the 007 agent of MI6 in the service of His Majesty recognizes: fifteen years that he wears the costume and five films to his credit, from Casino Royale, to No time to die, which comes out at the end of the month. But now, playing the world’s most famous secret agent comes at a cost, and it comes at a personal level. This is what he explains in a documentary that has just been released on Apple TV, entitled “Being James Bond“,” to be James Bond “.”My personal life was heavily affected by becoming so famous overnight, he said. From the first film, in 2005, I locked myself in my home, curtains drawn, I did not go out, I was physically and mentally under siege..”

Too fast, too high, too strong. Because before playing 007, he was effectively almost unknown to the general public, unlike Pierce Brosnan or Roger Moore who preceded him. In fact, the story of Daniel Craig is that of the actor who never wanted to play James Bond. As he says himself, he did not have a “very cool personality“and no devastating smile, he was more focused on auteur films than big shows, so when the production contacted him to offer him the role, he knew he was going to refuse.”I had prepared myself, I knew I was going to politely take the script that was handed to me, read it and say no thanks, except, he said, the script for Casino Royale was really solid..”

Finally, after several years, it was Hugh Jackman who helped me cope, accept and eventually appreciate.

in the documentary “Being james Bond”

After careful consideration, Daniel Craig accepts, and finds himself caught in a dizzying, violent whirlwind of celebrity. “Ultimately, he said, after several years it was Hugh Jackman who helped me cope and acceptThe irony of the story is that Hugh Jackman, star of the X-Men films, was also approached to play James Bond, but he refused. We have known that since the 1960s and the case Marlon Brando: starization, money, fame, too much light can make you lose your footing. Yet since yesterday, around the world, the press reports these confidences with relish, as if they represented the ultimate proof of humanity , of the fragility of these stars that we imagine protected from everything. And yes, James Bond also suffered… and got up, as Daniel Craig reminds us at the end of the documentary: “despite everything, from my point of view, I still have the best job in the world “.