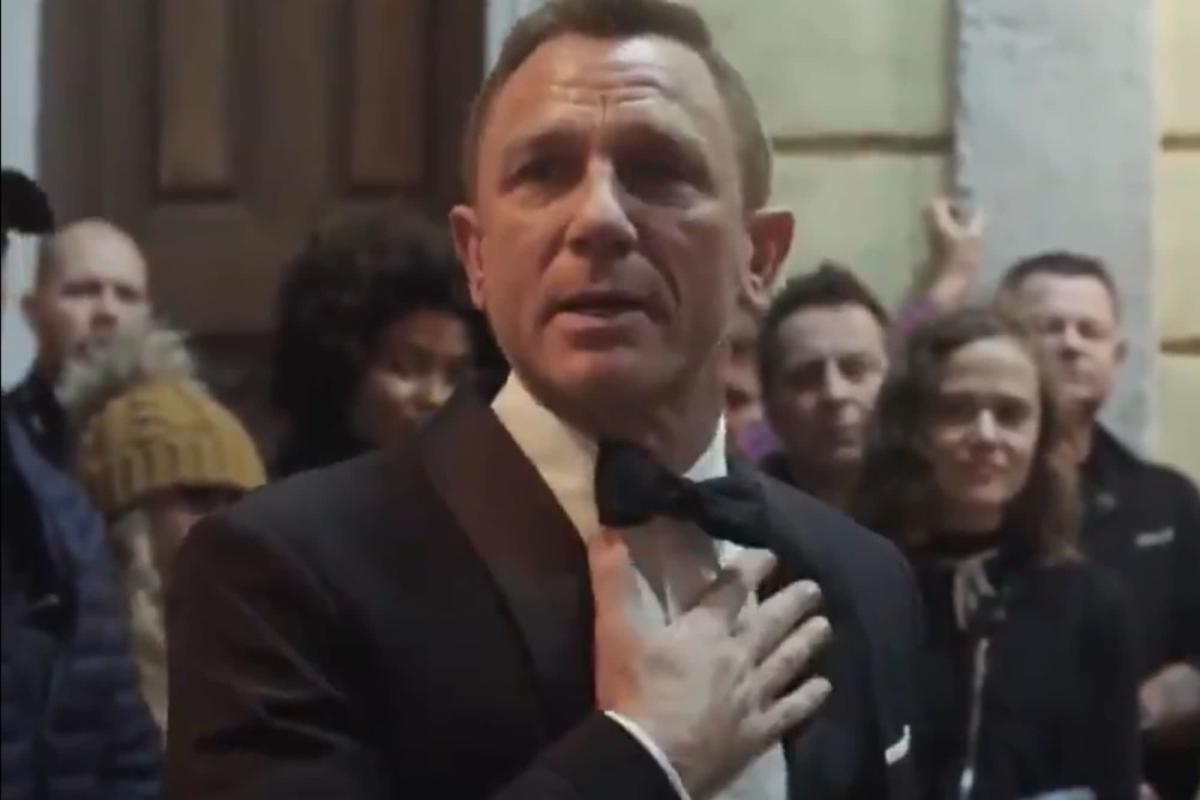 After playing James Bond in five movies, Daniel Craig (53) has just closed a successful stage in his career. The British actor finished filming No time to die (2021) and when saying goodbye to the mythical international spy he couldn’t help but get excited in front of the staff.

The agent 007 was embodied by great actors throughout its history, who gave the character their own imprint. Sean Connery, George Lazenby, Roger Moore, Timothy Dalton, Pierce Brosnan and, finally, Daniel Craig, who had to assume the responsibility of doing it up not only to the circumstances but also to the acting background of those who preceded him in the role.

From Casino Royale (2006) to date, James Bond is inextricably linked to Craig. And his fifth film, whose premiere had to be postponed again and again due to the coronavirus pandemic, has a special meaning: after its release, you will never be the action movie icon again.

In the last hours, one of the most emotional fragments of Being James Bond (2021), the Apple TV + documentary that chronicles Craig’s experience throughout the filming. Although the material will only be released on October 8, social networks allowed fans to have a preview.

In a video of a few minutes, it was possible to see part of the speech of appreciation that Daniel dedicated to the team of No time to die, the film whose premiere in theaters in Argentina is scheduled for Thursday, September 30.

“Many of the people who are here worked with me on five films and I know that much was said about what I think about these films,” the actor begins saying at his farewell, still dressed in the black suit, white shirt and bow tie. characteristic spy silk.

Visibly moved, continued: “But I loved every second of it of these movies, and especially this one, because I woke up every morning and had the chance to work with you. And that it has been one of the greatest honors of my life”.

Between pain and fame

In the production to be seen on Apple TV +, the 53-year-old actor spoke open-heartedly about the pressures he endured al take on the role instead of Pierce Brosnan and said that often felt bad both physically and psychologically.

Craig admitted that he was initially reluctant to accept the role. With absolute sincerity, he told the producers, “I wouldn’t know what to do with it.” In addition, he said that, after getting the leading role, He got so drunk on Martinis, the spy’s favorite drink, that he had a three-day hangover. And he added that when he was finally announced as the sixth Bond, he stayed up all night reading the negative reactions. He described: “It was hard, really hard and full of hate. But I knew that the movie was going to be good, that we were doing something special. “

Regarding the worldwide fame that the character gave him, he admitted that he did not feel prepared for so much scrutiny: “My personal life was affected by being so famous all of a sudden. I used to lock myself up and draw the curtains. I felt physically and mentally besieged. I didn’t like the new level of fame. It was Hugh Jackman who helped me to accept and appreciate it ”.

Despite not being in his best physical shape, Daniel endured the excruciating pain and psychological trauma of injuring himself while filming. Casino Royale. The second movie, Quantum of Solace, was also hampered by a 100-day Hollywood writers’ strike and a script that “wasn’t that good.”

To make up for the weaknesses in the story, the actor confessed that he volunteered for every stunt in the film, but that decision didn’t go well for him: “In hindsight, It was a big mistake, because I got hurt badly. I was overwhelmed. ” In terms of cinematic success, Skyfall, winner of the Oscar in 2012, managed to forget the falls of Quantum and it was an emotional moment for Craig, who had to say goodbye to his co-star, Judi Dench, after his character M was killed after filming three movies together.

In 2015, the actor was injured again while filming Spectre: “I had a lot of fun in that movie, but part of the problem was that I broke my leg. We had to choose whether we could cancel for nine months and have surgery or move on. I didn’t want to cancel so I wore a bionic leg for the rest of the shoot. It wasn’t the best because it distracted me a lot ”.

It was this physical damage that led Craig, then 47, to comment that “he would rather cut his wrists than play Bond again”After the premiere of Spectre. “I needed a break. I needed to disconnect. I really felt psychologically bad at the end of that movie, too old, “he said about that experience.

Then, despite his resistance, he was persuaded to reprise the role in No time to die, becoming the longest-serving actor as 007.