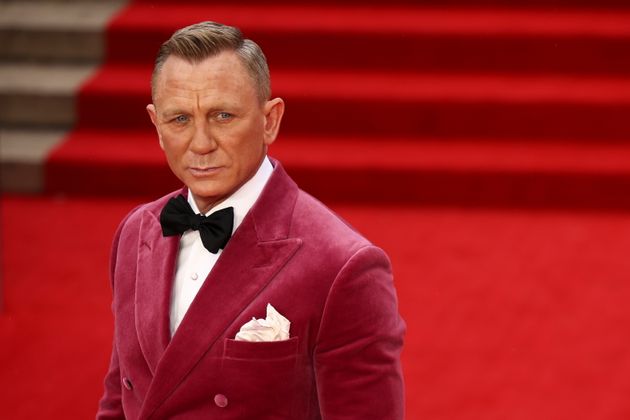 Actor Daniel Craig was made a companion of the Order of Saint Michael and Saint George, like the secret agent James Bond, whom he played for a long time in the cinema (file photo taken in September on the occasion of the London premiere of “Dying Can Wait”).

UNITED KINGDOM – Reality meets fiction. As in France where a new promotion of the Legion of Honor was announced on January 1, 2022, the United Kingdom decorated dozens of outstanding personalities. And among them, an essential face of the last fifteen years: Daniel Craig.

The 53-year-old actor, who will have played the secret agent James Bond for five films since “Casino Royale” in 2006, thus received from Queen Elizabeth II the same reward as his character on the screen. Daniel Craig was therefore made a companion of the Order of Saint-Michel and Saint-Georges for services rendered to the film and theater industry.

“Dying can wait”, the latest installment in the adventures of James Bond, the release of which this year had been delayed due to the Covid pandemic, indeed marks Daniel Craig’s final participation in the saga. On the occasion of the release of the film, very successful at the box office, the Royal Navy had already appointed the actor honorary commander, the same rank as his character.

The producer of the franchise, Barbara Broccoli, has been made Commander of the Order of the British Empire.

In total, the queen distinguished 1,278 people, including many scientists involved in the fight against the coronavirus, but also athletes, artists, people who raised funds – including an 11-year-old boy – and anonymous people, including the contribution was essential for their community or country, or during the pandemic. According to the government, nearly one in five distinctions is linked to covid-19.

These royal honors are given twice a year, for the New Year and on the occasion of the Queen’s official birthday, celebrated in June despite being born on April 21, 1926.

Finally, it should be noted that Camilla, wife of the crown prince of the British crown Charles, was named Lady of the Order of the Garter, the most prestigious of the British knighthood, acknowledging the growing place within the monarchy of this long-suffering personality. loved.

“Her Majesty The Queen was delighted to appoint Her Royal Highness The Duchess of Cornwall (…) as Lady Royal of the Most Noble Order of the Garter,” Buckingham Palace said in a statement. This distinction is granted by the Queen by personal decision, without the advice of the Prime Minister. In this order, she accedes to the same rank as the children of the queen.

It is a great honor for Camilla, 74, who has come to establish herself as a key figure in the British monarchy, having long been unloved for having been Prince Charles’ mistress during his marriage to the very popular Diana. The Duchess of Cornwall has gained visibility and popularity thanks to her multiple engagements, as Queen Elizabeth II, 95, has gradually stepped down to save her health.

Since her marriage to Prince Charles in 2005 in a discreet civil ceremony (in the absence of the sovereign), Camilla’s status has been the source of endless discussions, as to whether she will become queen consort or princess consort when her husband will ascend the throne. During their union already, the Duchess had chosen not to take the title of Princess of Wales, previously worn by Diana, so as not to offend the sensitivity of the public.

See also on the HuffPost: Daniel Craig said goodbye to James Bond in a pink suit