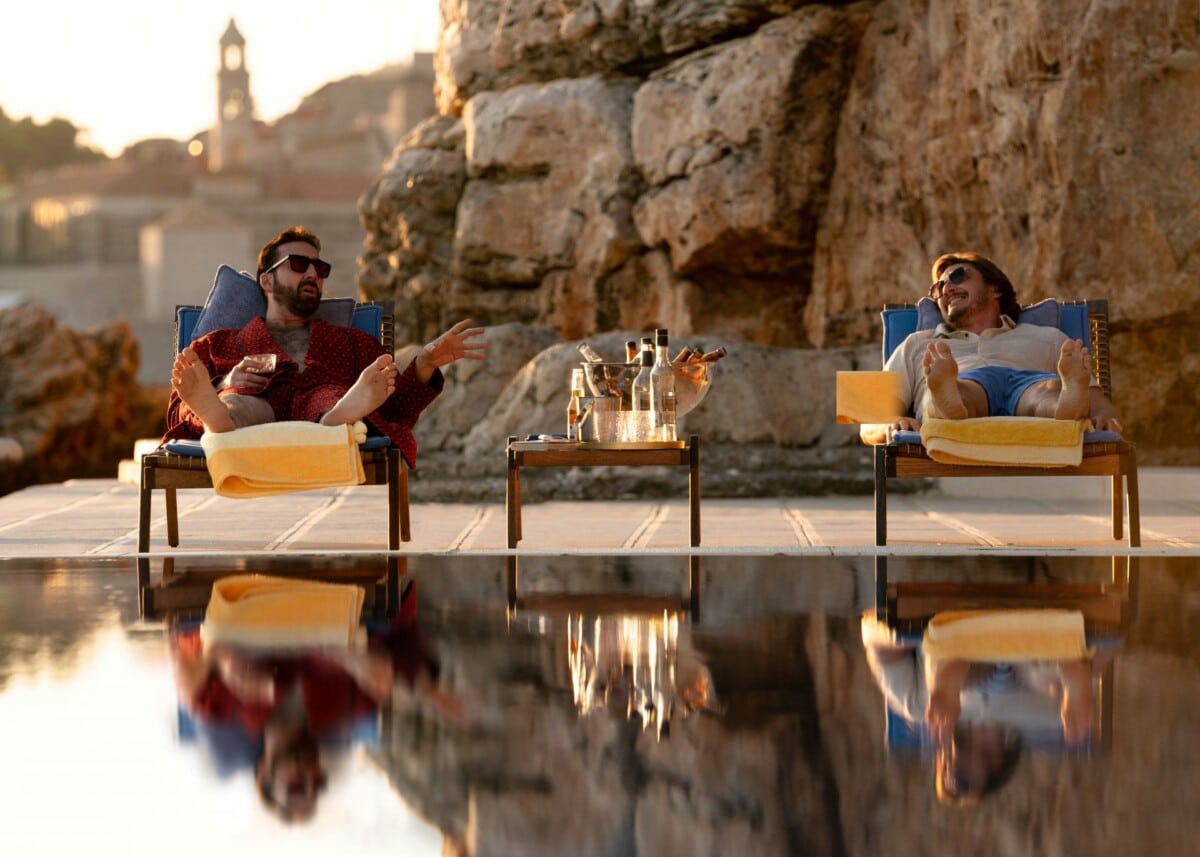 What is the new movie starring actor Nicolas Cage long relegated to direct-to-DVD worth? After Pig, Un Talent en Or Massif once again signs a future critical hit for the actor with grimaces and a search for very extreme acting.

The new film A Talent in Solid Gold by Nicholas Cage is a meta UFO, a form of road trip cleverly honoring the actor Nicholas Cage and any fan of his person. The references to his career are numerous and go quite far in the person of Javi, representation of the ultimate fan who goes so far as to have relics and other goodies from his idol.

A good way to recall the influence of Nicholas Cage in the cinema for those who have lived in a cave for the past 30 years or who are too young to have been interested in older films from before the 2000s. This avatar of the actor, Nick, is a review version of the latter and what current and majority film critics may think of him: An actor who has crumbled to the point of leaving behind his talent, turned towards past glory ruining his present with his family relationships.

Among the protagonists surrounding the avatar of Nicholas Cage aka Nick, lies the actresses Sharon Horgan and Lily Sheen respectively wife and daughter of the actor. Neil Patrick Harris as a cynical agent gives a smile during these appearances. The rest of the cast is Tiffany Haddish in the role of a CIA agent who must arrest a dangerous arms trafficker Javier Guttierez dit Javicampé by Pedro Pascal.

The Chilean-American actor does not steal the show from Cage but manages to hold his own. The Star Wars star once again manages to show his versatility in his game going from a most threatening man to a fan child man of its star. A winning month of April 2022 for the actor in the comedy genre, he who has often been confined to dramatic works. He also appeared in comedy The bubble broadcast on netflix. An actor to watch as he is currently the voice and unmasked face of the still-airing Mandalorian and he will be, not least, Joel Miller in the game’s future The Last of Us live-action series.

Nicholas Cage spoils us on the comic stage in a role which resembles him but which is not quite him, of course. His acting is very down to earth and the actor’s madness is quite well balanced throughout the film, there is no feeling of an apological overdose on the greatness of the actor, indeed the character of Nick is quite subtle in his relationship to himself, it’s not questioning acting or his place in cinema that’s important, it’s knowing how to reconnect with his family and how to use these talents and a lot of sincerity to get there. Above all, Cage plays the role of a father and a lost husband who will be guided by a friend. 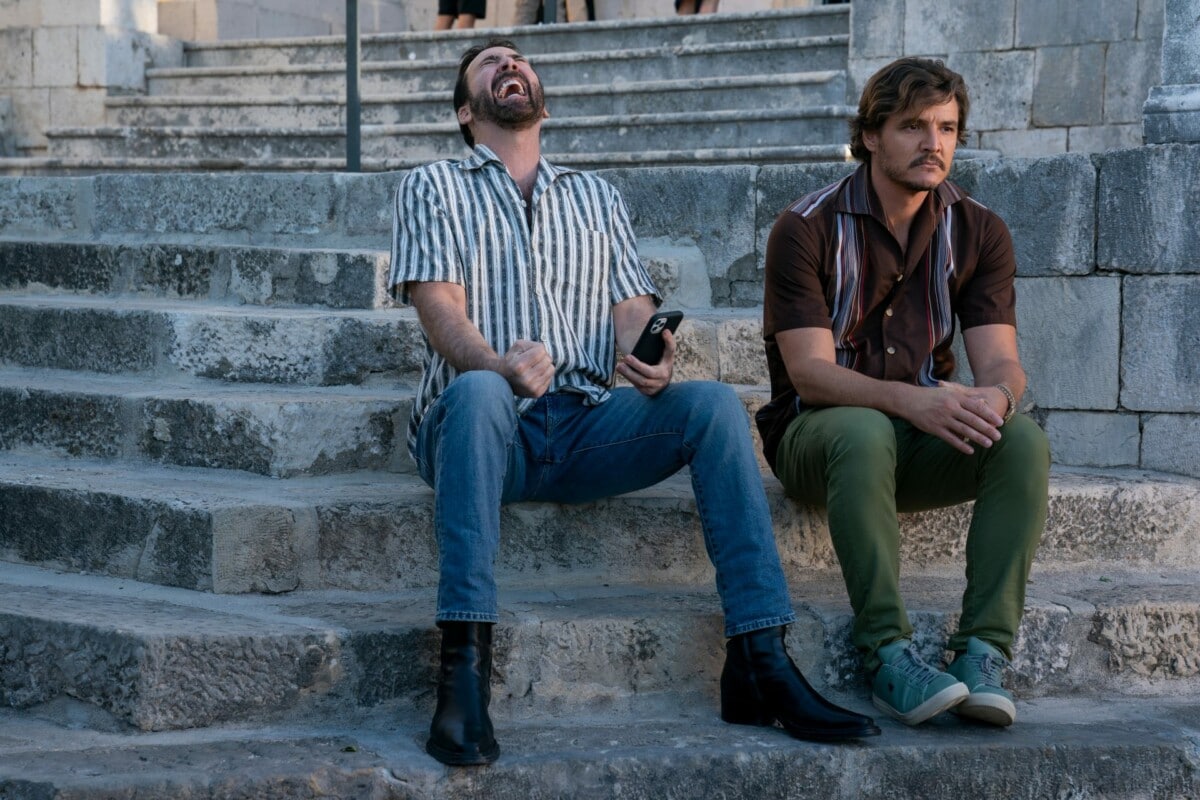 In addition to the story that seems crazy at first glance and some absolutely cringe scenes in the good sense of the word, A Talent in Solid Gold is a classic comedy close to the buddymovie. The film through the image of the actor Nicholas Cage is one of those meta movies that talks about cinema and loves cinema. It’s well written, far from the simplicity of pee-poo or sexual jokes of certain American comedies, it’s a cry of love for actors and cinema.

Too abrupt an end

In this almost flawless, there is the snag at the end which brings an action movie climax, with its conclusion which falls like a hair on the soup. An end which ends well but which is too idyllic without feeling any consequence following the eventful adventure of our main protagonists. So perfect that we wonder if the film was not going to make us JCVD with its sequence where the actor marries his heroic figure to escape a situation but which in reality, fails.

The idea is not to have darkness either, the film does not have this logic, but the idea of ​​exploiting the actor’s flaws until the end and making him a hero magnificent beyond the ideal hero, would have allowed the conclusion of script tracks which would have closed in a softer way, closing the loop, like a last stand on the strong endearing relationship of Nick and Javi.