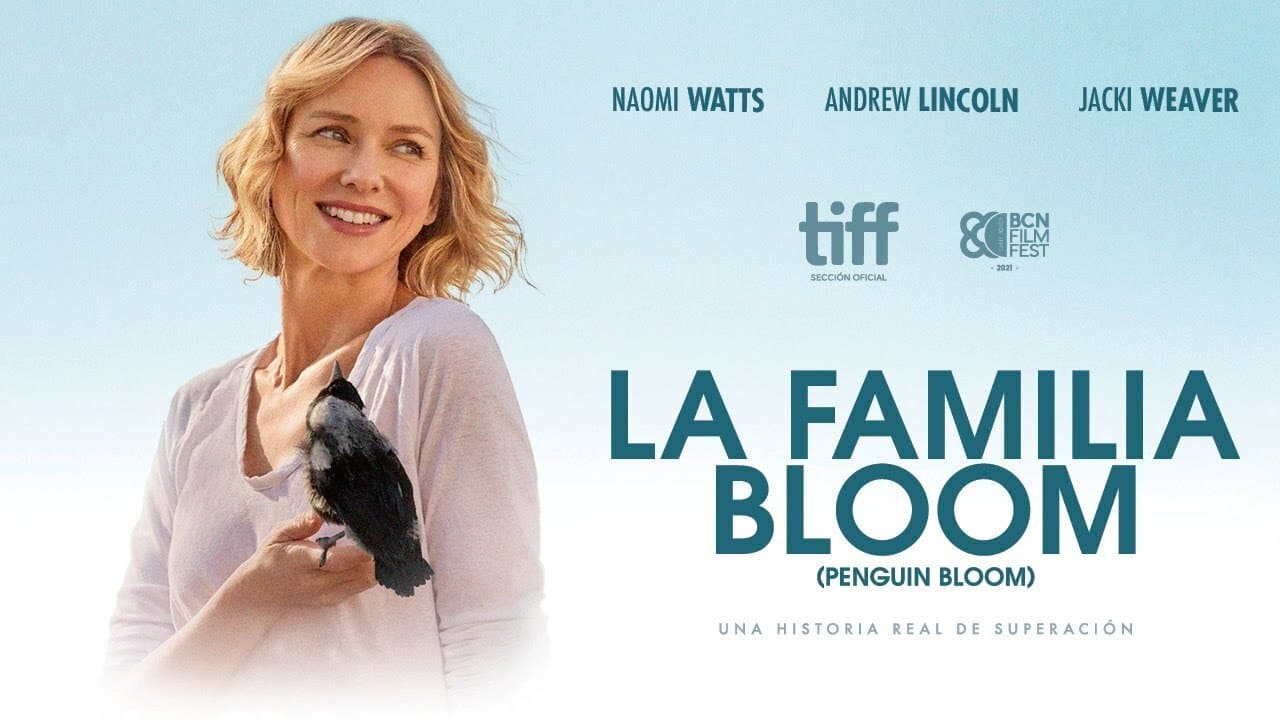 No one prepares us to fall, or to bear the responsibility of who falls, whether it is our fault or not. Glendyn Ivin presents us with a film that does not fall into the topics of drama, but rather tries to capture the nuances of the suffering of a person who not only loses the ability to walk, but also the ability to fly free. Here we leave you with our review of the film The Bloom Family, whose release date is Friday, December 10, 2021.

Sam Bloom (Naomi Watts), a happy mother full of desire to live, suffers a serious accident that leads her to a life without the possibility of walking again. Her entire family struggles to restore her illusion, but it is not until the arrival of a wounded bird that she does not begin to drive away the pain.

Criticism of the film The Bloom Family

Many times when an animal remains next to a person it tends to become human, what we do not realize is that when we remain next to an animal we recover our lost animal. Thus we recover that feeling so necessary and so rare today that is compassion and tenderness. Sometimes the little things are what bring us back to the mundane, to reality, and make our life a much more joyful and hopeful place.

Glendyn Ivin presents us with a very painful film, a proposal that recreates the impotence and human pain after a situation as dramatic as being in a wheelchair. However, it does not stop there, it does not take advantage of the emotionality of the plot to build an empty story, but, on the contrary, it presents us with a conjunction of complex perspectives that facilitate us to understand the cruel and devastating reality that can be for a family that situation. Create a conjunction of images and situations that makes us see clearly that suffering never falls on the shoulders of a single person, but involves everyone. Despite this, the terrible and painful context it raises, in the movie The Bloom Family it gives us hope and a way out of that pain; making us see that life goes on and that, even if things don’t go back to the way they were before, a new life can be built.

An interpretation that is not up to par

The director makes every effort to reflect that pain and that hope, however, the actors fail to adapt to the director’s vision, they fall short and are not able to withstand the enormous dramatic load that this film entails. The only actress who can express the feelings that are required fluently is Naomi Watts, however, both Andrew Lincoln What Jacki Weaver They fail to feel completely comfortable with the role and, at times, become quite cold when it comes to reproducing certain emotions. This, unfortunately, makes us perceive the film at times as a mid-afternoon telefilm rather than a great authorship.

The stark situation of losing the ability to walk

The scriptwriters, both Shaun Grant and Harry Cripps, do not display a script full of surprises, with a rhythm capable of keeping the viewer’s attention constant, or a very deep development of the characters, except for the protagonist, Sam Bloom. It is somewhat clumsy and slow, despite this, it is true that the movie The Bloom Family He manages to reflect very well the harsh situation of losing the possibility of walking and the pain that a family feels; as well as the love and support that a small animal can bring to your life.

Finally, I would like to highlight that the soundtrack of the movie The Bloom Family It does not shine too brightly, it is true that it helps a lot in the moments of greater dramatic load, being able to get a tear from the viewer, but throughout the film it works better at an environmental level than when it comes to impacting strongly on the viewer.

Final opinion of the film The Bloom Family

The greatest virtue of Bloom Family movie, and where his greatest interest lies, is in his ability to show that feeling of suffering experienced by both the person who remains in a wheelchair and the family that lives with that person. Perfectly illustrating the reality of multiple people who suffer in silence and that little things like the appearance of a small animal can give a new meaning to their lives. In short, it is a recommended film that will connect with your emotions and will make you participate in a very emotional real story.

The film The Bloom family manages to connect with your emotions, making you participate in a very emotional true story that manages not to fall into the easy drama.

The magnificent ability of the director to reflect human pain.

The precious feeling that the film transmits to us when we see how animals connect with our most innocent self.

The performances, since they fail to connect with the viewer.

The script is sometimes too predictable and simple, it fails to delve too deeply into the other characters in the film.