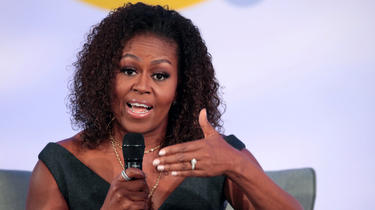 The face of Tampax in a 1985 ad, actress Courteney Cox had fun hijacking the spot to humorously address the inconveniences of menopause.

From the art of parody. Accustomed to humorous posts, Courteney Cox still made her subscribers laugh on Instagram this weekend. This time, the Friends actress pulled out of the drawers an old commercial for the Tampax brand, which she had shot in 1985 – which for the record had made her the first person to utter the word “rules” at the time. television in the United States – to lightly address another important subject, that of menopause.

The interpreter of Monica Geller made a parallel montage between the original video and a new one, in which she resumes her attitudes and her look with just-in-body and leggings, but completely changing the text. While in the ad she asked women if their life changed once a month because of their period, today she asks them if their life changes because of menopause. “Do you still have hot flashes? she asks before playing the franchise card: “Let me tell you frankly (…) Menopause will change the way you feel as you age. Menopause eats you raw. It’s horrible. Nothing else can do that.”

Instead of extolling the virtues of tampons, she goes on to highlight some inconveniences of menopause: “Plus, you get the added bonus of drier skin and having bald patches.”

And Courtney Cox, 58, ended her parody by saying, “Remember – there’s nothing good about menopause. It can actually change the way you feel as you get older.”

This isn’t the first time the actress has talked about getting older. Last February in particular, she had declared for the Sunday Times that it was difficult to realize that she was approaching sixty. “Oh my God, that’s so hard to hear or say. I can’t believe it,” she said.

“There’s nothing wrong with being 60; I just can’t believe it,” she added. “Time passes so fast. There is no doubt that I am more grounded, I have learned so much in my life – what to appreciate, and what to let go”.

Maintaining at all costs the youthful image she had when she was on “Friends” is also part of the things she recently abandoned. “I tried to pursue this (youth) for years,” she explained. “And I didn’t realize that I looked really, really weird with the injections I was giving my face that I won’t be doing now.” With her parody of the Tampax ad, the actress demonstrates that she now takes the side of laughing at the passage of time.

For fun, here’s the original version of the authentic Tampax ad from 1985:

Courteney Cox isn’t the only 50-something celeb to talk about her hormonal changes lately. Salma Hayek has notably revealed having had early menopause, and Naomi Watts launched her own wellness brand after feeling “isolated” when she went through menopause “far too early”.

Kim Kardashian, Emily Ratajkowski, Leonardo DiCaprio... The breakups of the 'celebrities' in 2022
Louise Fletcher, the nurse in One Flew Over the Cuckoo's Nest, has died at the age of 88
The Seagull, Harold Pinter Theatre, Review: Emilia Clarke Dazzles in Jamie Lloyd's Brilliant Reimagi...