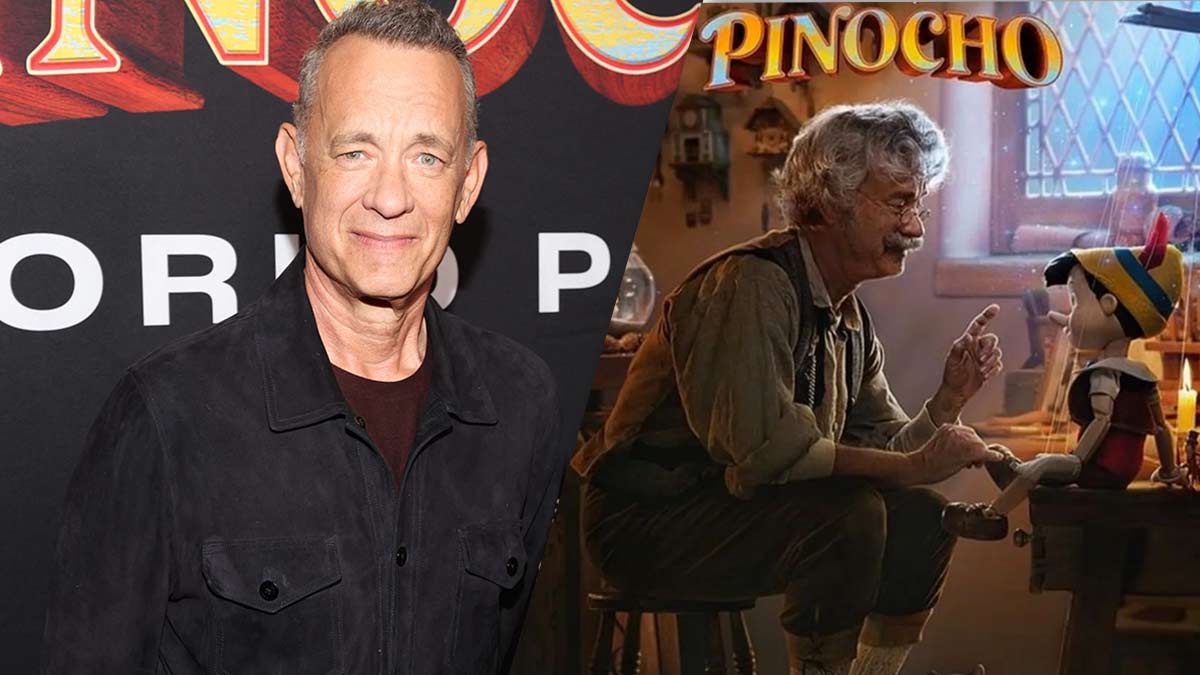 The composers of the new version of Pinocchioproduced by Walt Disney Pictures, alan silvestri Y Glen Ballardrecounted what it was like to work again with Tom Hanks, who in addition to giving life to Geppetto, will have an important musical moment in the film. Both musicians assured that the actor is “brilliant”.

In an interview for UnoTv.comAlan Silvestri stated that whenever Tom Hanks is brought a job proposal, he comes back with changes that will blow his mind: “Mr. Hanks is brilliant at his job and he always does it with a lot of love for the audience.”

The theme that Hanks will perform in the film is “Pinocchio, Pinocchio”, an idea that came from director Robert Zemeckis, who developed it between composers Alan Silvestri and Glen Ballard and for which Hanks gave his final touch.

“Tom Hanks put his hands on the song and turned it into a memorable musical, it’s always amazing to work with him and see what he manages to do.”

The director of the new version of Pinocchio, Robert Zemeckis, is a man who is described as “meticulous in his narrative” and for this reason the composers assured that they had to be up to the task at all times

“The priority was to serve the director and the story, the songs that Alan and I wrote are very intimately related to the director’s vision and when he wanted a song to come out,” said Glen Ballard.

“He found a very fluid way to put the songs with the help of Alan Silvestri, respecting the classic way of doing it in Disney productions.”

Learn more about the film

The movie “Pinocchio” is a remake of the 1940 Disney classic and since 2015 its creation began, the script was in charge of simon farnaby, Chris Weitz and also the director of the film Robert Zemeckis.

Tom Hanks brings Gepetto to life, Benjamin Evan Ainsworth will play Pinocchio Cynthia Erivo It will be the Blue Fairy, the magical being that fulfills the old man’s wish and transforms the doll into a real boy. Jiminy Cricket will be played by Joseph Gordon-Levittand the evil Coachman by Luke Evans.

The premiere is on September 8 and it is not a completely independent production from the one that Guillermo del Toro is producing.

“This new version of Pinocchio will have the classic songs and some new themes, designed for the new younger audiences,” Glen Ballard concluded.

Tom Hanks blurts out about never being invited to join the Marvel Cinematic Universe
Chris Martin: from good guy with Gwyneth Paltrow to hide and seek with Jennifer Lawrence and low-key...
Harrison Ford's 80s