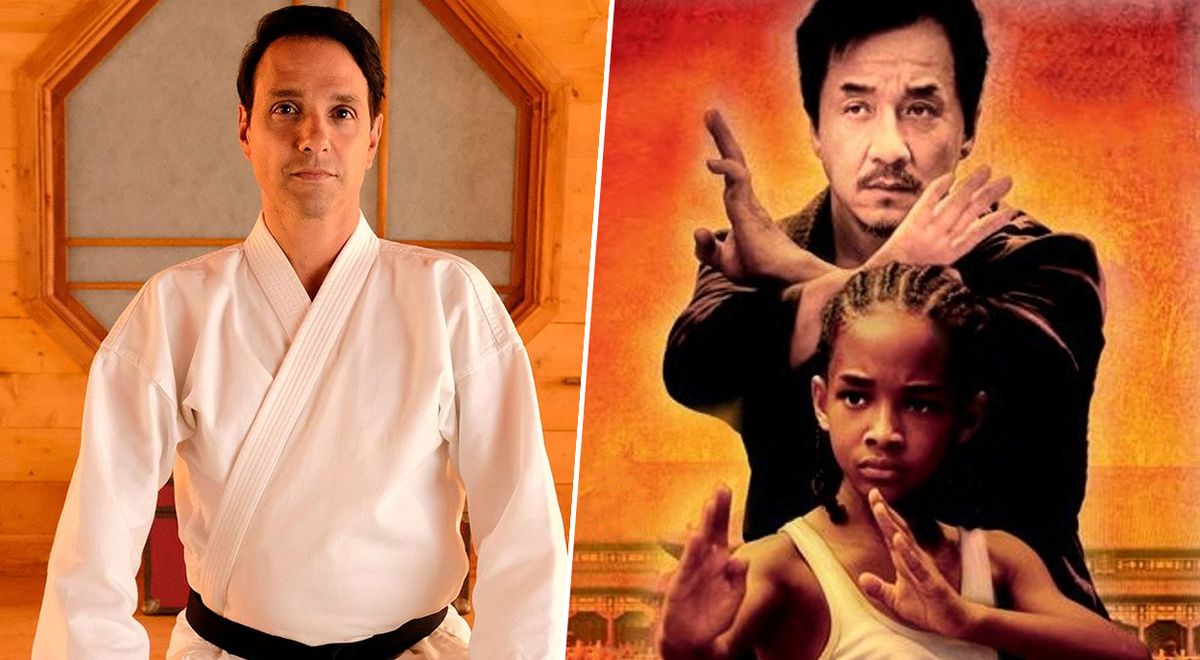 Cobra Kai continues to maintain the legacy of the Karate kid. With a total of three seasons, the hit Netflix series is set to launch its new installment with Ralph Macchio and William Zabka as co-stars of the story: Daniel LaRusso and Johnny Lawrence.

Both must team up to face John Kreese and his new group of disciples. As if this were not enough, they will also have to deal with the return of Terry Silver, played by Thomas Ian Griffith, and they will meet again with old faces of the martial arts franchise.

YOU CAN SEE: Spider-Man 3, review: a unique and unmissable show for fans of Spider-Man

In a recent interview for Jake’s Takes, Ralph Macchio chatted about what we can expect from the new episodes. As for the rumors about the return of Jaden Smith (Dre Parker) y Jackie Chan (Dr. Han) explained why they won’t have an appearance on the show.

“Anyone who met Mr. Miyagi and interacted with Mr. Miyagi is canon for the Cobra kai program,” the actor told the specialized media. Since the 2010 remake was unrelated to the endearing master, its characters would have no true link to Cobra Kai.

YOU CAN SEE: ‘Spider-Man: no way home’: Green Goblin is the best villain of the Spider-Verse

When is Cobra Kai 4 released?

Cobra Kai, the series based on Karate kid, will arrive on the Netflix streaming platform on December 31, 2021.

How many episodes are of Cobra Kai?

With a total of 3 seasons to date, Cobra Kai has 30 chapters. Its fourth season will increase that number.

When is Cobra Kai 5 coming out?

Netflix confirmed a fifth season of Cobra Kai, which some media indicates would arrive in late 2022 or early 2023.

What did we see in the third season of Cobra Kai?

Season three ended with the inclusion of an epic karate fight, this time at LaRusso’s house. With that ending, it became clear that LaRusso and Lawrence must team up to defeat Kreese.

What will we see in the fourth season of Cobra Kai?

With Daniel LaRusso and Johnny Lawrence ready to face John Kreese, former Cobra Kai teacher, the protagonists and disciples must give their all in the karate competition to show who is the best, but, above all, to decide which “dojo “Will be the one who stays in the valley.

According Jon Hurwitz, producer Cobra Kai, the new season will focus more on Robby, who has problems with Johnny and Daniel. Kreese, for his part, will use this to his own advantage.

What was an open secret was finally confirmed by streaming, which will premiere in 2021 the fourth part of the series starring Ralph Macchio and William Zabka. Through a message on their social networks, Netflix published the following about the popular show: “The dojo is about to get five times more radical. Cobra Kai will have a fifth season “.

How to watch Cobra Kai without paying?

It is not possible to see the Cobra Kai series in an original way without paying. To enjoy all the chapters you must have a Netflix subscription.

Destin Daniel Cretton, director of the first installment of Shang-Chi, confessed that it would be a dream for him to have Jackie Chan alongside Simu Liu in the second film of the character.

Andrew Garfield declares himself a fan and cast surprises him

Through social networks, Andrew Garfield, protagonist of Tick, Tick … Boom, had a surprise message from the members of the cast. These were his emotional words:

“Oh my God. No, I can’t believe it! ”Garfield said, shocked by the video greeting. “Wow, there are William Zabka and Ralph Macchio. Oh no, they know I exist! Thank you. I am very, very moved. Life can be really nice. I love you guys. Merry Christmas”.

Who is the actor who plays Terry Silver?

Thomas Ian Griffith is the actor who plays Terry Silver in the 1989 movie Karate kid 3, his first villain movie character. After his debut he participated in different films, such as Hollow point (1996) and Vampires (1998) by John Carpenter. In addition, he is also a screenwriter and producer. In 2013, he began working on the script for Grimm, an NBC series.

Series creators talk about the end of the story

“We have always been clear about what the end is going to be and where the story is going, we have said it from the first moment, but what we are not so clear about is how many seasons it will cost us to get there. We realized, from the first season, that we had many ideas that did not fit well with those first five hours, so we left them for the following season “, Jon Hurwitz, Hayden Schlossberg, and Josh Heald told the Collider portal.

Why did Chad McQueen refuse to return as Dutch?

McQueen did not accept being part of the fiction due to his retirement from acting, a decision he made to pursue a career as a car driver, an activity that his father Steve McQueen also did.

How old is Ralph Macchio?

Actor Ralph Macchio, who plays Daniel Larusso in Karate Kid and Cobra Kai, is currently 60 years old and became known in the 80’s.

Cobra Kai 4: why won’t Jaden Smith and Jackie Chan be in the series?