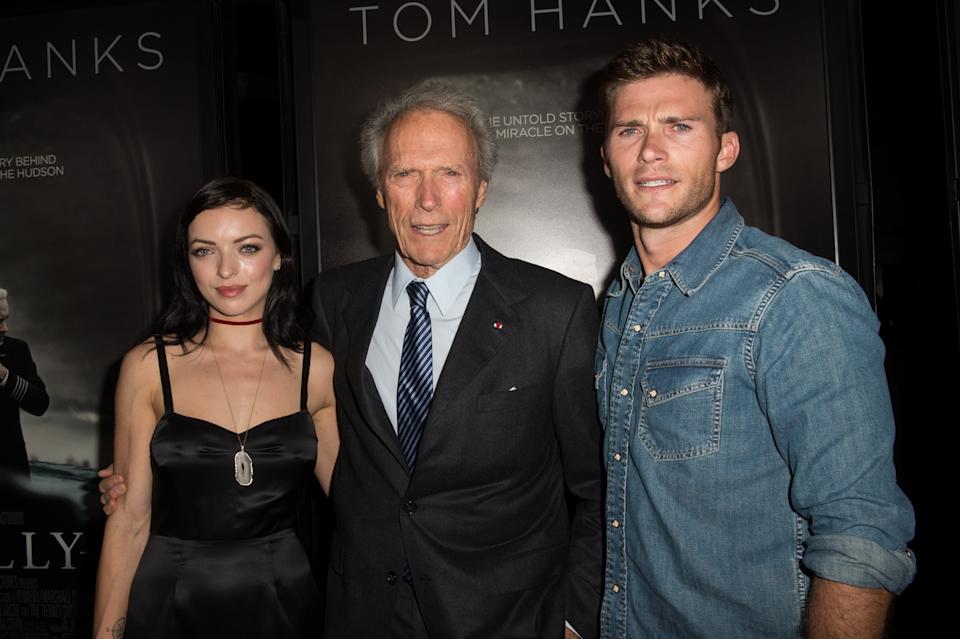 This Monday, July 25, 2022, France 3 is broadcasting Sergio Leone’s cult film, “And for a few more dollars”. A western from the 60s, one of the very first of Clint Eastwood’s flamboyant career. An outstanding actor and director, his personal life has been just as eventful as on screen. A few years ago, it was his son, Scott Eastwood, who made rare and surprising confidences about his childhood … far from the clichés about the children of stars.

Clint Eastwoodit’s a career that commands respect, films all as cult as each other and a very pronounced taste for a very particular genre of the seventh art: the western. By dint of playing cowboys on the screen, this self-taught man with a well-asserted temperament led a life full of encounters, stormy loves and controversy too. Today, at 92, Clint Eastwood is at the head of a (large, very large) blended family, where his eight children had to build themselves in the shadow of his imposing celebrity. Not always easy, especially when, like dad, you have dreams of the big screen. This is the case of Scott Eastwood.

With his pretty face and his love for action, Scott Eastwood, 36, has acted in many films him too. Born of the relationship maintained by his famous father with Jacelynn Reeves, a flight attendant at the time of their meeting, the young man has forgotten nothing of his childhood under the spotlight. For him, everything was played on the side of the spectators. The very people who were in awe of his father. Just like him. But at school, it’s difficult to assume a surname as symbolic as his in the land of Uncle Sam. So Scott prefers to hide behind his mother’s name for a while. Very young, he refuses to fall into the facilities offered to him by his social rank. And that’s good, since at the Eastwood, everything is deserved. At 17, the teenager juggles on his bike between his classes at Santa Barbara high school and his job in a local restaurant. In 2016, Scott Eastwood returned to this period in the columns of QG “I called my dad and I was like, ‘I got this job, can I get eight grand to buy a car? I work, I can pay you back every month you know,’ and I remember that he just said, ‘No. You know what you’re doing.’ He didn’t give me a dime.” No doubt a way for Clint Eastwood to save his son from the life of a spoiled star child. But it also happened that, in his severity, the actor exceeded certain limits.

For GQ, Scott Eastwood remembered one episode in particular. He was only 16 at the time: “I had taken my younger sister, who was about 14, to this party. I left, maybe to go have a beer with the guys. I left her there , and I didn’t think about it at the time. Later, dad found out I had left her.” This is where dad Eastwood gets out of his mind and attacks his son by punching him in the face without care. “He jumped on me and was like, ‘You never leave your sister at a party. EVER.’ It was very old-school of him.” However, if Scott Eastwood has not forgotten anything about this violent confrontation, he does not seem (at all) to hold it against his father. Quite the contrary: at the Eastwoods, we have a sense of formula… and an equally sharp way of thinking.

So, years later, the son defends the father: “He wasn’t afraid of this new-age bullshit, where you can’t even slap the kid because everyone is afraid of being judged or something. That was not how it was in this family… If you did something wrong, you were going to be punished. I learned quickly.” Clint and Scott Eastwood are made of the same wood. In the columns of GQ, the young actor had himself explained that he could not bear certain attitudes on the part of his peers, who according to him are “complainers, whiny fucking little kids”: “I just want to knock them out and say, ‘You lucky, spoiled kids.’ You are full of yourself.'”

A father he admires

Scott Eastwood grew up in the ranks, far from the sumptuous daily life that some would readily attribute to him at first sight. And if he detailed this violent episode in the columns of GQ, we will never see him speak in unflattering terms of his famous father. He will never devalue the one who has taught him so much. “As a young child, there was a kind of aura of grandeur. He is my hero. The guy is like a vault of stories. I try to get as many stories out of him as possible,” he said.

Without forgetting his mum, more discreet but so present: “I don’t want to give him all the credit, because mum also played a huge role in my education and made me a better man. But my father was definitely the hammer.” After his studies, and determined to follow the same trajectory as his father, Scott Eastwood chained the odd jobs. In San Diego, for example, he worked nights as a bartender, and continued with daytime auditions in Los Angeles. “I was learning fucking lines behind the bar” he recalled in 2016 in GQ.

Since then, we have seen him in films like “The longest ride”, “Overdrive”, “The Outspot” or even the success of his father, “Gran Torino”. And there again, it is to his childhood and the lessons received that he owes his humility. No question of losing your mind, regardless of films and success: “You are replaceable. Interchangeable. There are a million guys who could do what I do, and probably millions who could do it better than me.”

>> Scott Eastwood: being a sex symbol does not interest the handsome guy

Clint Eastwood dad severe… and violent? A look back at the shock confidences of his son Scott Eastwood