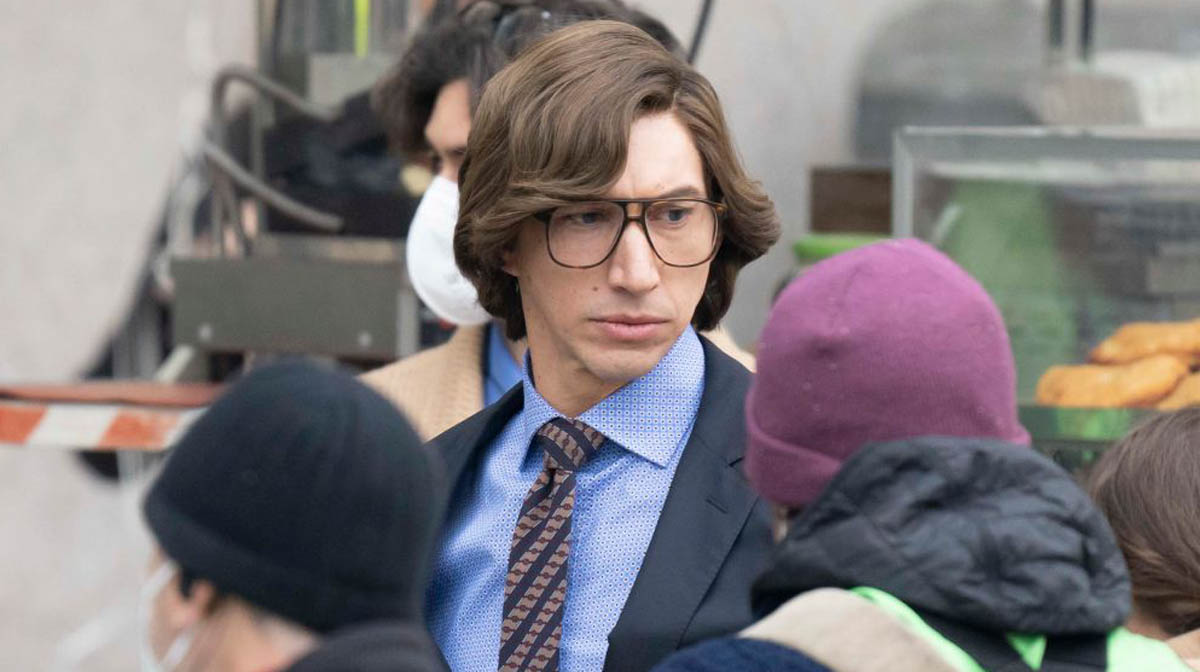 Action and drama films, memorable characters like Tom Cruise and Keanu Reeves and more revelations from what happened at Cinemacon 2021.

Like the other side of ComiCon —where celebrities meet the most loyal fans—, in CinemaCon Only movie theater owners can enter. And this year was quite special, because in addition to celebrating 10 years of the convention in Las Vegas, they also celebrated back to the movie theaters.

That is why the most faithful enemies of the ‘streamers’ Amazon and Netflix, and the week began with the presentation of the Sony studios, highlighting that they are the only ones that premiere first on the big screen with seats.

This is how Tom Holland and Benedict Cumberbatch showed for the first time the trailer of the new ‘Spider-Man’, where Peter Parker you will need help from Doctor Strange so that the whole world will forget that he is Spider Man.

The big premiere is timed as a nice Christmas present ‘only in theaters’ (And yes, they did it over and over again).

But anticipating another November premiere, they surprised even more, by showing the full version of Ghostbusters Afterlife, presented live by the original creator Ivan Reitman that this time he gave the legacy to the son, Jason Reitman as director and screenwriter.

With the luxury of having seen her with the exclusive guests, we can count that the ghostbusters this time are the teenage grandchildren —and the truth … is more like ‘Stranger Things’ than the original ‘Ghostbusters’. Although it is fun to see again the special appearances in ‘cameos’ of Dan Aykroyd, Bill Murray and Sigourney Weaver—.

Of course, to see the next Venom from Tom Hardy and Woody Harrelson, we will have to wait until 2022 itself, where Brad Pitt will also be part of Sony with the thriller ‘Bullet Train’.

RECOMMENDED: Emotional, with tears and royal luxuries: this is the trailer for ‘Spencer’ about Lady Di

From Daniel Craig, to Keanu Reeves and more …

For their part, MGM and United Artist, took advantage of the space on Tuesday, to project one of the most important scenes of the grand finale of Daniel Craig What James Bond on ‘No Time To Die’.

But before, they confirmed the productions of the cartoon ‘Family Adams 2’ with the voice of Charlize Theron. ‘Legally Blond 3’ with Reese Witherspoon and overproduction ‘House of Gucci’ with Lady Gaga, Adam Driver, Al Pacino and the inevitable Salma Hayek (After all, the Mexican actually married the “owner” of Gucci, Francois Pinault).

Disney didn’t even bother to present big previews, beyond showing the Marvel blockbuster for the first time, ‘Shang Chi and the Legend of the Three Rings‘.

And without speaking a single word of the simultaneous premieres on HBO Max, Warner Bros preferred to completely ignore the issue of streaming, paying homage to Clint Eastwood with praise from Spielberg and Scorsese, as the best way to promote ‘Cry Macho’. It is the return of Eastwood on top of a horse, with the most classic cowboy hat.

By the time the best scenes of Keanu Reeves and Carrie Anne Moss with the return of ‘The Matrix’. In addition to the exclusive first images of Rob Pattinson in a Batman much younger than the previous ones.

Universal Studios with Focus Features at least tried to conquer ‘that’ audience, summoning the most famous artists who told the great love of watching movies, in a cinema. From Texas, for instance, Matthew McConaughey He remembered the place where he used to go in his teens, presenting the musical cartoon ‘Sing 2’ (voiced the character of Buster Moon).

Jamie Lee Curtis showed chilling scenes from the new ‘Halloween Kills’, confirming that in 2022 the grand finale of ‘Halloween Ends’. Ethan Hawke, in person, he also assured that he had never agreed to be the baddie of the cinema, until now, with ‘The Black Phone’. And an unrecognizable Lupita Nyongo later he emphasized that he was born in Mexico, just before comparing ‘Jason Bourne’ with the newest female blockbuster ‘The 355’, with other stars like Jessica Chastain, Marion Cotillard and Penelope Cruz.

The Hispanic profile continued with Jennifer Lopez, counting that in ‘Marry Me’, will return to sing in cinema for the first time since Selena. And strategically scheduled for Valentine’s Day week, this time she plays a famous singer more like her, when she is about to marry another famous (with Maluma debuting in cinema), she finds out that she was cheated on and accepts the marriage proposal of another total stranger (better known in reality: Owen Wilson).

The biggest surprise? The first look from ‘Jurassic World 3′, with Chris Pratt and Bryce Dallas Howard. Reunited with the original actors Sam Neill, Jeff Goldblum and Laura Dern, in another invasion of dinosaurs that will have to wait until June 2022.

RECOMMENDED: This is what Imelda Staunton looks like as Queen Elizabeth II for the 5th season of ‘The Crown’

The big movie week ended on Thursday at Caesars Palace in Las Vegas. And early in the morning, Paramount Pictures managed to get the owners of the most important cinemas in the world to get up early to see the first exclusive images of one of the most anticipated releases of the year: ‘Top Gun Maverick’.

They showed the importance of watching cinema in the cinema, with Tom Cruise in person, exhibiting the impossible mission of filming Mission Impossible (during the pandemic, with mask included). Training skydiving and motocross, for the scene that he also revealed with himself, jumping into an abyss … six times, followed by drone cameras.

Just at the closing, confirming the November premiere, they exclusively screened the first 15 minutes of ‘Top Gun: Maverick‘which can surely be seen at home from. But nothing, nothing at all, compares the experience of enjoying the best cinema, in a movie theater.

30 years after success, Nirvana faces a lawsuit for child pornography

How are the judges in ‘El Retador’? Sofía Escobosa reveals it to us!