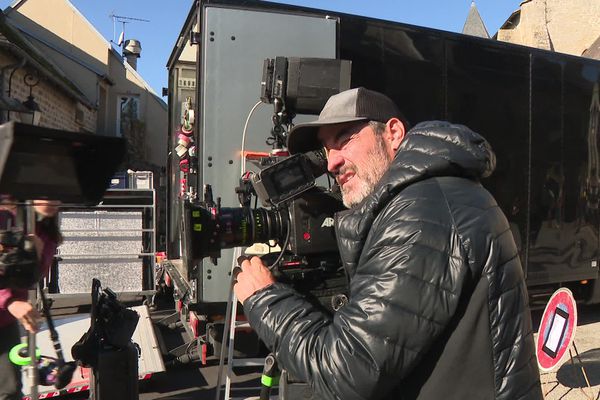 The actor Jean Dujardin was filming in Limousin for the film “Les paths de Pierre” by Denis Imbert. The director is from Aixe-Sur-Vienne.

It’s an event in the village of Royère-De-Vassivière, nestled in the heart of the Millevaches plateau. One of the biggest stars of French cinema is shooting her next film in a small store in the village.

Jean Dujardin is back in Limousin. A few months ago, he stayed in a well-known hotel in Uzerche for the filming of the film “Presidents”.

This time, the comedian who made himself known in the series ” a boy a girl “, and which was dedicated thanks to the film « The artist », plays a character who has been the victim of a serious accident and who decides to travel through France by taking small paths. This feature film is an adaptation of Sylvain Tesson’s book “Les Chemins Noirs”.

The director requires a lot of workintrospection to Jean Dujardin for a film that wants to be “Intimate and contemplative”. Denis Imbert wants to film “The soul of its actor”.

Despite everything, the star went out to meet her audience for a few selfies.

Six months ago, an assistant to the director came to Jean Jacques Bord’s butcher’s shop in Royère-De-Vassivière for some scouting. Without really knowing what he was committing to, the butcher accepted that his store be used as a backdrop. He only learned much later that Jean Dujardin was the main actor.

Thursday, October 28, 2021, it was impossible to buy the slightest slice of ham in Royère-de-Vassivière. And between takes, Jean Jacques Bord chatted with the artist, telling him that during a carnival in the village, one of the floats was in the effigy of Brice de Nice.

The director of the Chemin de Pierre is originally from the Limousin region. Denis Imbert lived in Aixe-Sur-Vienne for a long time and attended the Théâtre de la Passerelle in Limoges.

Michel Bruzat, director of the Passerelle theater, remembers a young man “Stubborn and hardworking, who never gives up”. For Denis Imbert, this theater workshop was probably a trigger among others, which led him to directing.

This Friday, the film crew was in Bourganeuf. During the week, this traveling shoot will be heading towards Saumur.

Continue reading on these topics

Cinema: Jean Dujardin back in Limousin for a shoot