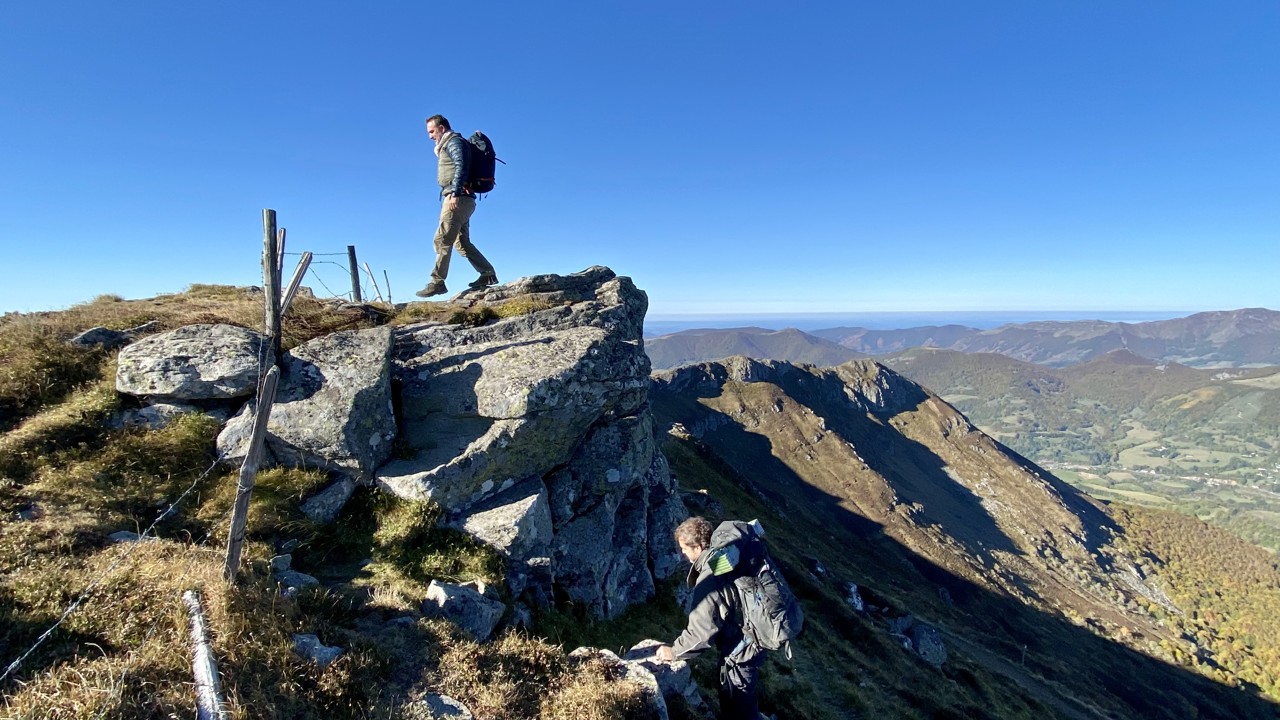 After Mystery, Denis Imbert returns to Cantal for his new film Les Chemins de Pierre *, which is due to end on November 12, 2021. At the base of the project, Denis Imbert who proposes a “variation” of the story of Sylvain Tesson On the black roads.

A road trip through rural France

Following an accidental fall from ten meters, Sylvain Tesson is plunged into an artificial coma. He comes back to life after a week. There, he spends days and days thinking, doing a personal introspection. In the fall of 2015, he then embarked on a sort of “introspective road-trip” through rural France.

A journey that begins in the south and takes it through the “black paths”, the smallest paths listed on IGN maps, to the Normandy point. And with a passage in Cantal, especially in the regions of Plomb du Cantal.

One day, Denis Imbert, after having read the story, decides to “make a variation more than an adaptation. I liked his story. This idea of ​​going to meet this rural France which is full of authenticity and beautiful things, far from the tumults of life. Being in the heart of this France was an incredible adventure. A crossing which makes it possible to perk up an injured man and which, for him, is worth all the rehabilitations in the world ”.

While in the middle of writing, he sees a message on Instagram from Jean Dujardin which shows the cover of Sylvain Tesson’s story. “I text him then and he answered me in a second. We discussed it and I told him that I was writing a variation of the story. We saw each other a few days later and the adventure began. “

Jean is a popular actor, who likes to talk with people, and to feed on others!

And to continue by indicating: “At the beginning, I did not think of Jean for this role. I didn’t know he had this strong connection to nature, to the earth. But what an actor! A popular actor in the sense that he likes to talk to people. He discusses with the cafeteria, the shepherd or the cowherd of Aubrac. He likes to talk with them to understand them and understand the world around him. “

And to insist on chance which sometimes does things well: “Because the film was difficult to edit, and thanks to Jean, the funders came and we were able to do it. With this post on Instagram, he was a real driving force for this film. “

In the character’s skin

On this October 16, 2021, the film crew was in the Lioran station to shoot a scene at Plomb du Cantal. In his story, Sylvain Tesson indicates the fact that he had an epileptic seizure there and that he had to go to Aurillac hospital. “So we were able to shoot at this precise location, at Plomb du Cantal. It’s rare to be able to do that in a movie. “

The opportunity for Bruno Faure, president of the Department, accompanied by Hervé Pouneau, director of the Lioran station, to greet the film crew: “It is a great satisfaction to see you here and to highlight our beautiful department of Cantal. “

A Department which contributed 20,000 euros to the project, the Region via Auvergne Rhône-Alpes up to 100,000 euros, Cantal Destination for 5,000 euros as well as Crédit Agricole.

A film which is due to end on November 12, 2021 after nine weeks of shooting, including several days in Cantal, and a release scheduled for 2022 “even if it is now complicated to give a precise date with the crisis that the ‘we have known. “

Has this article been useful to you? Note that you can follow Actu Cantal in the Mon Actu space. In one click, after registration, you will find all the news of your favorite cities and brands.