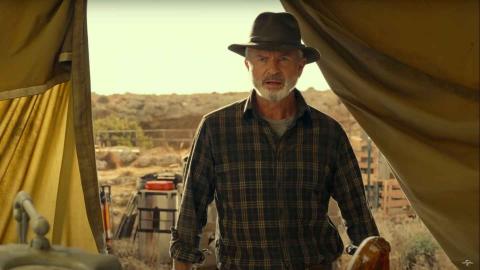 The return of Sam Neil, Jeff Goldblum, and Laura Dern to Jurassic World: Dominion to join Chris Pratt and Bryce Dallas Howard feels like a sendoff. Pratt believes “it’s the end of this franchise.”

Jurassic World: Dominion It will be the third installment of the saga. Jurassic World but it will also close this new trilogy. In the film we will see the return of Sam Neil, Jeff Goldblum and Laura Dernthe protagonists of the original trilogy who gave life to Alan Grant, Ian Malcolm and Ellie Sattler in all three movies Jurassic Park.

A few months ago, the producer of Jurassic Park assured that he intended to continue expanding the universe of Jurassic World with other derivatives like Jurassic World: Camp Cretaceous. Nevertheless, Chris Pratt thinks the end has come.

Chris Pratt has shared in a recent interview with TodayShow what Jurassic World: Dominion will mark the end of the Jurassic saga. Pratt compared dominion with going to see a show like the 4th of July or New Years, which culminates with fireworks. The fireworks are always at the end and it is always what you are most looking forward to seeing.

You’re waiting for it, and then boom! And you think, “Oh! That’s it! This is the end!” I feel like the whole movie is that. It’s… 30 years of development, it is the sixth Jurassic movie, it is the end of this franchise.

When they asked the actor who plays Owen Grady if you really thought that Jurassic World: Dominion It was going to be the end of Jurassic Parkanswered: I truly believe it’s the end. You have the classic cast: Sam Neil, Laura Dern, Jeff Goldblum plus the cast of Jurassic Worldall… converging in a way that is very much an ending.